The 41 magnum and the 10mm share a couple notables, including promotion from legends in firearms world. They also share a couple of less than noble traits, in that for all their pomp and pageantry, they pretty much suck.
There is literally, absolutely nothing the 41 mag does better than 44mag, other than maybe add more weight. The 10mm, as the 40 that tried, is the best at warping brass, but it forever proves that semi-automatic pistol cartridges can only chase after sixgun cartridges to eat their dust in any comparison of speed and power.
That the 10mm is forever eclipsed by the 41 mag is no feat to be proud of, sort of like being related to Biden, it’s something to live down.
I will admit this much, the only manufacturer who can make a sensible 41 is Freedom Arms, and their compact model 97 makes for a truly worthwhile combination, but when it comes to its ugly step sister, there is nothing she can do that all the other gals can’t do smarter, and better. 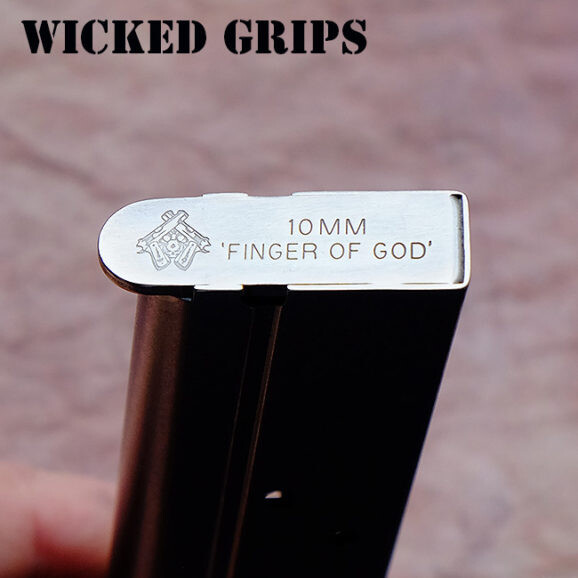 Don’t hold back, tell us what you really think!

10mm is better for defense against people due to recoil and capacity.

.41 or .44 mag is better for dealing with animals during to packing more of a punch

Both can do either task well enough in the right hands. Just my 2 cents.

The 10 is subject to all manner of claims. Sure, it can work in a defensive role, but so can a screwdriver. The 10 as an outdoors cartridge is at best lackluster. It’s pressure is too high for the middle of the road performance it offers, and the .40 cal. bullet is less than optimal for the kind of roles demanded for it.
There are so many better cartridges, all of which are housed in revolvers, that one can scribble their names on slips of paper, throw them in the air, and pick one, any one to take to the gun store, and be better equipped.
If the 10 shines anywhere, it’s in the fact that some mighty nice platforms gave it a home. I’m not personally sure this means anything significant, other than assuring resale value.
My own time with the 10 was pretty short. I didn’t like the balance of the gun, and was left flat by its minute of barn accuracy. Claimed velocities were universally inflated, and the near mythical status assigned to the 10 clearly was based more on wishful thinking than any real world performance.
Today, it’s getting industry attention because people buy it, but like the 41 magnum, it’s an answer desperately searching for a question.

I’m a fan of the 10mm because it is a semi auto that is a great bear gun.

Capacity is a revolves biggest downfall and it’s where a 10mm shines. I wouldn’t even consider the 10mm in a revolver.

I can’t think of any professionals that recommend a 6 shot revolver over a high capacity semi auto for dealing with people though.

I shoot and carry a 40 S&W w/180gr JHP. As a Brown Bear hunting companion Iwould like to give a 10 a try in a longish (6 in) barrel to see how I do with it. I am intrigued by the Idea of Lever and Wheelgun combo as well. Primarily the 44mag. So for comparison purposes I checked Underwood 180gr loads and here they are:

For my stated purpose a wheelgun with it’s limited round capacity is a nonfactor. A Bear at a close enough range and behaving in a fashion that I am going to use a pistol instead of a rifle or a shotgun it is unlikely that I would have time for more shots. Clearly the 44mag is a better use of my gun dollars.

They only listed one 44 mag +p+ not a direct comparison, but it really makes the point.

At this late stage of the game I am not switching my carry cartridge, but sure considering the 44mag combo. Not that a 10 is out of the question just because…

Claimed velocities were universally inflated, and the near mythical status assigned to the 10 clearly was based more on wishful thinking than any real world performance

I can agree I’m planning on developing some Handloads for the 10mm to try and reach those mythical claims. Test gun Glock 40 6in barrel. Gonna use QuickLoad software cuz it will probably take more than any published data to reach those velocities. I got to many irons in the fire currently though

I don’t want to get shot by either one. never owned or shot a 10mm. i have owned and shot a few 41 magnums though. still have a couple. But i would totally own a 10mm in an AR platform.

See you prove my point

See you prove my point

I try to please.

Even John Moses Browning preferred the 9mm Hi Power to the 1911 in .45 acp

He was the authority on this stuff , Hi Power>1911