Those who view sixguns from a healthy distance have wondered out loud why anyone would care about the 44 Special. After all, like the 38 Special it is easily lost in the shadow of its magnum offspring. Most factory loads are extremely forgettable, and the list of current guns so chambered could probably fit on one hand. Let’s explore…
The 44 Special followed the 44 Russian, which itself was an extremely significant cartridge. Loaded in black powder with a 246 grain solid pill, it did little the Russian couldn’t, except it’s longer length allowed for expansion upon the factory loading that would become key in securing its place in history.
Unlike so many now forgotten cartridges, the new 44 was offered in some of the finest guns ever made, a tradition that continued right up to the birth of the 44 Magnum. This too would become a central condition of the cartridges success. The only missing element was the men themselves, and they arrived as larger than life characters to complete the picture.
So, if any of you are wondering what one word might be used to explain the enduring popularity of one of today’s most overlooked cartridges, then I might suggest the word…“history”.

I like the 44 Special, so much so I recently picked up a Hamilton Bowen Keith #5 in 44 Special, but unfortunately the grips Bowen fitted are not in my hands yet. Don’t care for the grips on it, the originals have been located and I should have them in my hands next week. You can be sure I’ll post some photos.

I still have a 44 special as well a couple 44 magnums. the special was so much easier to shoot and cheaper on the pocketbook. 44 mag shells are crazy priced now.

It’s all about “Cancel Culture”, …by not first learning “History”. Remember a few days ago I asked if anyone had actually seen a forum where all the “Categories” were cartridges rather than “hunting” “rifles”, “revolvers” etc?. Just imagine how many categories would remain empty because folks just don’t know they exist.

The 44 Special is actually one of the most accurate cartridges out there…following in the steps of it’s predecessor, the 44 S&W. For some reason folks just gotta have a 1,000 ft lbs energy handgun. I guess only God knows how guys died being hit by only 400 ft lbs of energy or less.

My favorite cartridge in a revolver is the 41 magnum.

Nice cartridge. And especially since at least some handguns that come in .41 magnum are originally designed for .44 magnum, you get plenty of strength in the gun to handle the .41 magnums.

Personally, though, I prefer the .45 family of cartridges.

This is the letter I got from S&W about the 44 I got from my dad. It was a little older than I thought. 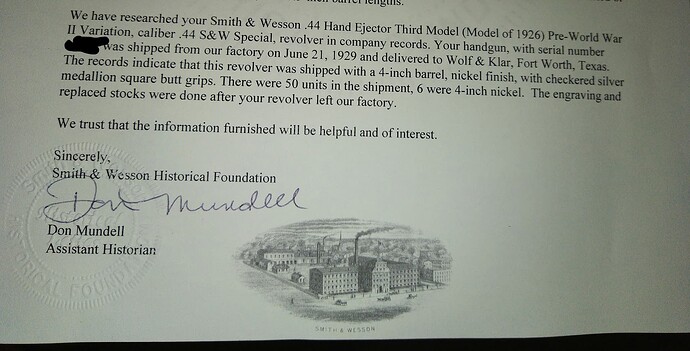 Here is the handgun for those who may not have seen it in the other thread. 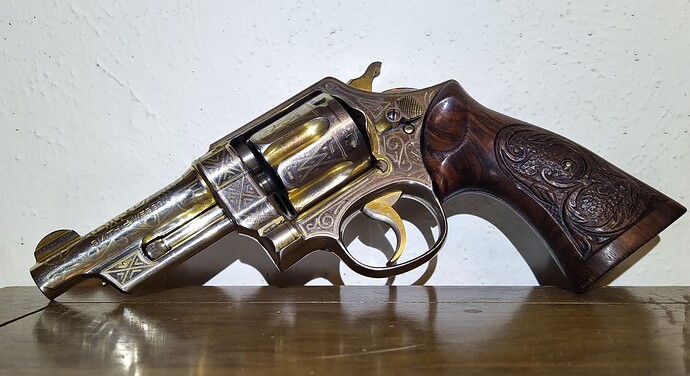 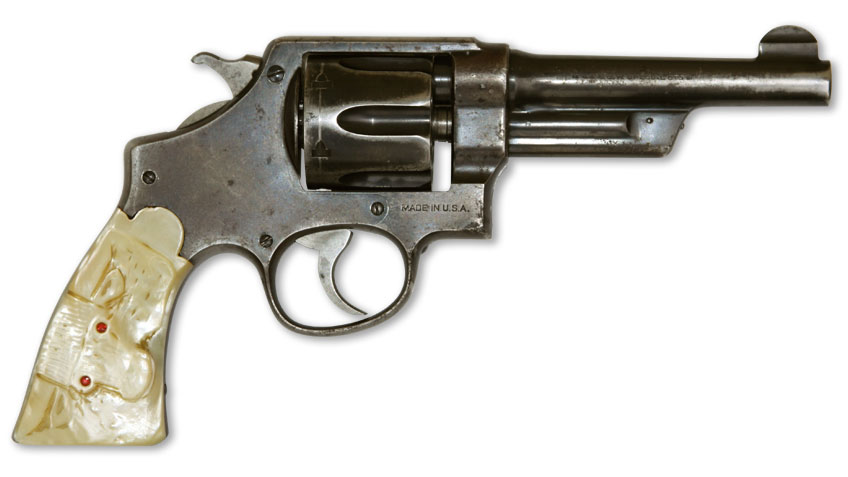 An Official Journal Of The NRA | I Have This Old Gun: Smith & Wesson...

Many collectors have an affinity for firearms with a connection to Texas, such as Smith & Wesson’s Third Model Hand Ejector revolver, also called the Wolf & Klar Model. Although now long gone, Wolf & Klar (W&K) was a Fort Worth pawn...

You have a real gem in that it was your dads and it’s a rare gun.

My dad left me a revolver too. a S&W model 10 ( i think ). but it’s special that i am still alive cause he shot at me with it one day on his drunken moments. lol

These days, the 44 Special fits in between the lighter magnums, like the 41, and the older, mostly forgotten cartridges that found their way into sixguns, from the 19th century.
Like those older numbers, the Special owes it’s existence to the realities of black powder, but unlike them, has benefited from case improvement that allows for a wide choice in powders and bullets.
The truth is that recoil is the biggest single obstacle to mastering sixguns, and those who take 475 Linebaugh, 500 JRH, and so on to the field have largely left the fun behind. With the right loads the 44 Special is still serious enough, AND fun.
Hopefully, we won’t have any more liquored up dad’s plinking away at their progeny.

Hopefully, we won’t have any more liquored up dad’s plinking away at their progeny.

Not sure if I’m supposed to give that a like or not.

I don’t know, either, but I gave it a “like” as he relieved our concern and updated us with a very important fact. So, it was a good response.

Sorry for your loss.

Yeah, the world is filled with all kinds of stories. A big part of life is deciding which ones to tell.

The other is which to believe…

Sorry for your loss.

On to greener pastures, sort of, I’ve heard of people handloading the Special up to Elmer Keith levels in the new Rugers. Apparently they got a hold of manuals that have a section for “Ruger Only” loads and read no further.
The newer, smaller frame Ruger sixguns are not rated to withstand the pressure their big brothers can absorb. It is definitely not advised to run Keith style loads in them. I’ve seen quite a few that have been beaten into the dirt; timing way off, cylinder wobble, big endshake issues, broken pawls, and the like by folks who think the 44Special is just a magnum in disguise.
It ain’t.
The Special was first intended as a replacement for the Russian, thus the intent from the get go was an accurate cartridge, not a speed demon, or a heavy bullet monster. If you want those things you really need the magnum in a mighty gun like the Ruger Redhawk, or the Freedom Arms 83.
Mr. Keith himself saw the Magnum as the answer to his prayer, and upon adopting it, never looked back. Let the Magnum be the Magnum, and the Special be the Special.