I received 6 different phone calls today , 3 from the ATF, 1 from the FBI, and 2 from the local police department. The calls were to inform us of several local gun shops that were robbed both during business hours, and after hours. We have been suffering the same problem as many cities across the United States, since the death of George Floyd in Minneapolis. Protests that turn into Riots and looting, how does this carry a message when the Riots over shadow the death of a man… How fast society can break down and people turn into animals. I’m sharing this in hopes that everyone here at Full 30 takes extra precautions, talk with your families and friends, this is the time to be extra vigil. I’m in NO way condoning violence, however I will come home to my family every night.

The gunshop I used to work at up in Indiana has the owners and about 50 armed customers guarding the place day and night since $hit jumped off.

Love your shop.
People forget that Civilization is a construct of the mind.
When we agree to be civilized it exists. When we don’t it doesn’t.
I’ve seen were this goes if unchecked.
Hand grenades in baby dolls in the park.
People planting mines on the road to the grocery store.
Once human decency goes out the window it all falls apart.

There are 3 tools to maintaining a civilization
people must be able to utilize.
1.) Logic
2.) Emotion
3.) a Moral Compass

These days most people just seem to be running on 1 or 2 and 3 is almost entirely gone.

I’m in all ways saying be prepared to defend yourself. Family comes first and if they (the looters) step foot in my property I won’t wait for them to show signs of ill intentions. Have one or two on the ready.

We need internment camps set up around the U.S. and throw everyone who violates curfew into them. These people think they can shoot at cops and run them over with impunity. They are animals who have no respect for human life. They don’t care about George Floyd or they wouldn’t be acting like this

People forget that Civilization is a construct of the mind.

Not sure I grasped that to begun with, but yeah, if we don’t believe it, collectively, then it won’t exist for our mutual benefit 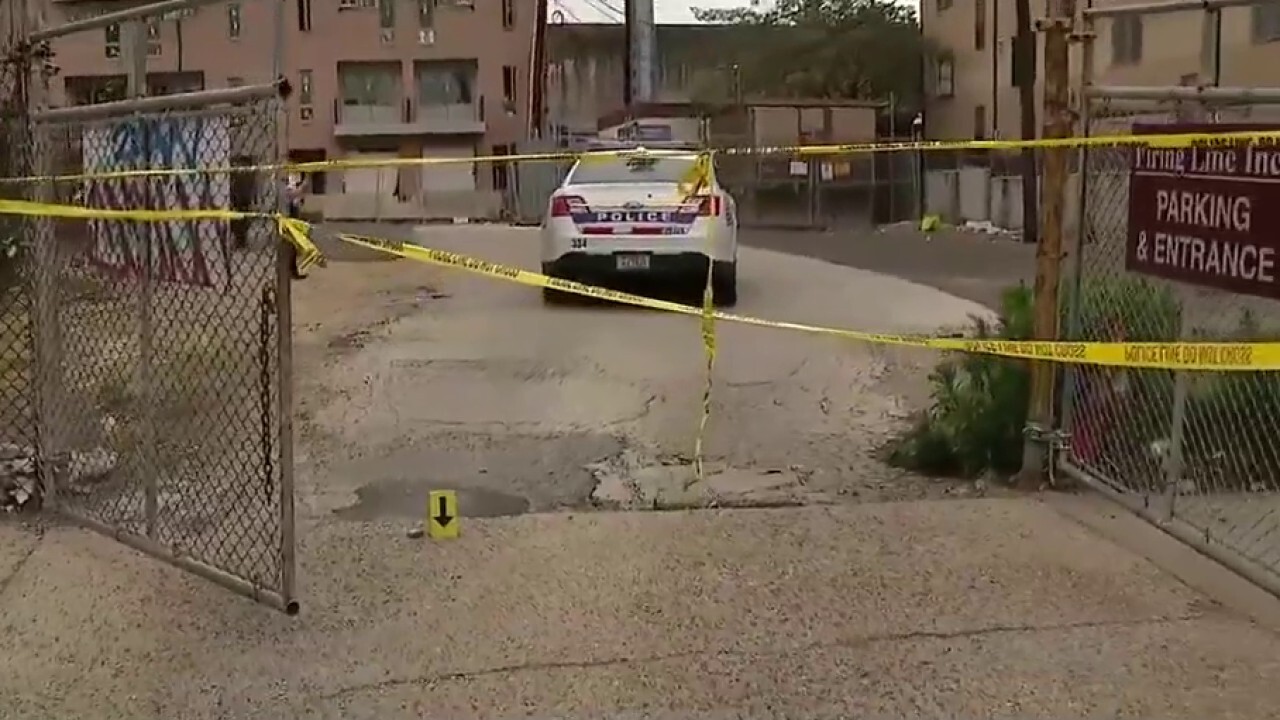 A South Philadelphia gun owner shot and killed a looter who attempted to break in for what the owner suspects is the second night in a row.

Follow that story I bet hes out 50k in legal fee’s around this given that he lives in a communist city.
Good time to think about CCW insurance gang. 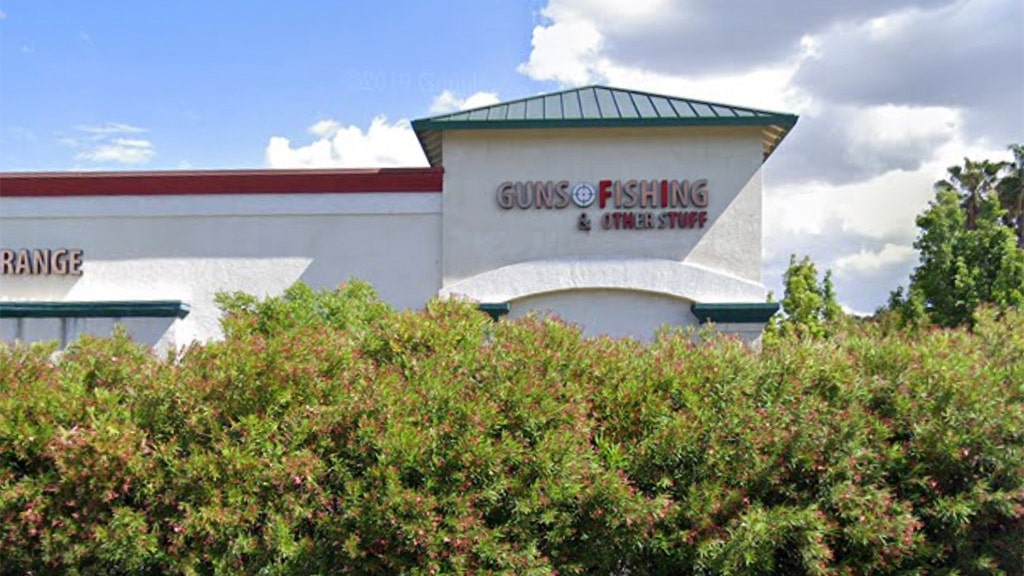 Over 50 handguns were stolen in an overnight looting spree in Vacaville, Calif. marking another violent escalation in over 5 days of protests seeking justice for George Floyd.

So now the threats have firearms and the citizens do not! Nice going Newsom and your sociocommunist buddies!

DSA/dnc IS the greatest enemy of the USA in the world.

District Attorney Larry Krasner announced charges against one of several suspects on Friday, accused of attempting to rob a local gun shop, while also deeming the owner's response of lethal force to have been "justified."

He may skate on criminal but, his state doesn’t give him a pass on the Civil defense part of this process if the family decides to sue. He could be another 25k just defending himself against family members that decide to try and sue him for the actions of their evil offspring.
I’ve seen this get nuts too. One case I followed the man paid 338k for an 8 day trial were he was declared not guilty. If you lost your job during this pandemic and you had to go on unemployment because you didn’t have sufficient savings to pay your bills JUST THE LAWYER FEE’S would destitute your family in most places.

This provides a model example of why you keep your mouth shut whenever approached by the media. Can you just imagine what they would be spinning if he said anything other than:

Not sure I grasped that to begun with, but yeah, if we don’t believe it, collectively, then it won’t exist for our mutual benefit

The concept is referred to as ‘the social contract’. A group of people form a community and agree to follow a set of rules that are drawn up to protect the interests of the community. This can vary from a small group, to an entire nation. The rules keep the community functioning, as long as a sufficient percentage of the group follows the rules. Once the number not following the rules exceeds a certain level, the social contract is effectively void and the community breaks down.

The concept is referred to as ‘the social contract’. A group of people form a community and agree to follow a set of rules that are drawn up to protect the interests of the community. This can vary from a small group, to an entire nation. The rules keep the community functioning, as long as a sufficient percentage of the group follows the rules. Once the number not following the rules exceeds a certain level, the social contract is effectively void and the community breaks down.

It actually goes a bit further than that… (note this is not mine I didn’t write this)
The central assertion that social contract theory approaches is that law and political order are not natural, but human creations. The social contract and the political order it creates are simply the means towards an end—the benefit of the individuals involved—and legitimate only to the extent that they fulfill their part of the agreement. Hobbes argued that government is not a party to the original contract and citizens are not obligated to submit to the government when it is too weak to act effectively to suppress factionalism and civil unrest. According to other social contract theorists, when the government fails to secure their natural rights (Locke) or satisfy the best interests of society (called the “general will” by Rousseau), citizens can withdraw their obligation to obey, or change the leadership through elections or other means including, when necessary, violence. Locke believed that natural rights were inalienable, and therefore the rule of God superseded government authority, while Rousseau believed that democracy (self-rule) was the best way to ensure welfare while maintaining individual freedom under the rule of law. The Lockean concept of the social contract was invoked in the United States Declaration of Independence. Social contract theories were eclipsed in the 19th century in favor of utilitarianism, Hegelianism and Marxism; they were revived in the 20th century, notably in the form of a thought experiment by John Rawls.

I saw written in a book of Noahide law:

And who is a king? One whom the people of that nation have accepted upon themselves, and are in agreement about, that he is their king. But if they do not consent to him, and instead he is a tyrant, this [regime] is like a group of bandits, and he and his servants are robbers. Needless to say, their decree is no decree, but robbery.
…
Any ruling body chosen by the people of the nation, or that they accept, has the status of a “king.” Therefore every government or royal that rules has the status of a “king” with regard to the decrees they enact.

Noahide law permits a king to tax and collect fees (with the consent of the governed, as above). But he is not permitted to nullify the seven Noahide laws, for example to permit or obligate robbery [e.g. civil asset forfeiture]. Nor is he allowed to enact a law for specific groups of people [e.g. qualified immunity, and LEOSA–carry rights are for everyone, not just police or retired police], or make a law without a concrete benefit to himself or society. [If even lack of a benefit is a problem, the presence of a detriment is at least as much a problem, absent a suitable redeeming factor.]