Advocacy for Game-Hunting as Therapy for Troubled Youth 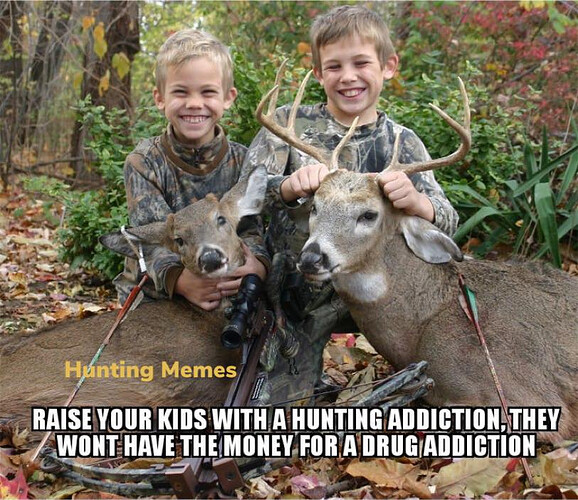 Advocacy for Game-Hunting as Therapy for Troubled Youth

PRINGLE: Many people find hunting controversial. The man sitting
across from me – Randy Eaton – says that hunting is not only good
for young boys – young girls, too – but that it can help them hugely
in terms of rehabilitation – young offenders. He is the author of a
number of books, made a number of documentaries about the wild and the
outdoors. One of his books is called “The Sacred Hunt”. And he’s with
us now.

PRINGLE: So, why is it you think, what proof do you have, that hunting
helps rehabilitate young offenders? Because this is the program you’ve
been invited to speak here about.

EATON: Let me preface it, Valerie, by saying that we have a story from
Greece which I think sets the stage. It’s about Narcissus. When
somebody is very stuck on themselves, very egotistical, we say they’re
narcissistic. Narcissus actually went out with his hunting companions
and he separated from them. He went over to look in this pond and he
saw how beautiful he was and he fell in love with himself. That’s
where the term narcissistic comes from. He fell in love with himself.

The key in this myth is to understand that he left his hunting
companions. He turned away from nature, so to speak, from his own
instinct as a young man to go hunting. And instead he got stuck in his
ego.

And that’s where civilized human beings find themselves today. There’s
another whole set of mythology called the Iron John myths in which the
young boy looks into the same pond, the magical pond, but he’s got the
wild man behind him as a mentor. He doesn’t fall in love with himself,
he falls in love with nature. And he discovers that his life is
dependent upon nature. And he also becomes motivated to fiercely
protect nature.

PRINGLE: But, you know, and you’ve heard these arguments – people
have been arguing with you about this for a long time – to say, “What
is it about hunting per se?” Yes, take groups of kids at risk out in
the wild, do team-building, do self-esteem-building, work with them,
spend time with them, do Outward Bound challenges with them, do lots
of things with them. Why do they have to kill animals? Why does that
make it a more significant experience for them, in your opinion?

EATON: Because when a young person takes the life of an animal that
feeds him he then has respect for living things. He knows he’s a part
of the food chain. And for him the food chain becomes a love
chain. He’s now a part of something greater than himself. He’s become
married to nature and the process of actually taking his food from
nature.

We all kill in order to live, believe it or not. We may not actively
participate in it but we take life. Life dies so that we might
live. Most of us are very removed from that.

PRINGLE: And it’s pretty sanitized, yeah. It’s got Saran wrap on it.

EATON: Exactly. We have no relationship or connection with the actual
source of our food.

So when one of these young, troubled kids get out in the wilderness in
one of these subsistence hunting programs and he feeds himself by what
he can gather from the earth or by whatever he hunts, he has an
experience which is life-changing and develops a sense of even
reverence for all living things, including even social authority.

So they come back from this experience really being transformed.

PRINGLE: And you’ve seen this?

EATON: Yes, there’s a project that’s gone on for 13 years in Southern
Idaho in the wilderness. And they have an 85-percent success
rate. These boys go out with nothing but a pocket knife, no food
whatsoever. That’s what made this project work, is these kids had to
hunt reptiles, mice, maybe something as large as a marmot just to eat.

PRINGLE: Just boys? Does it work for girls?

EATON: Yes, it does. It works for girls too but most girls haven’t
been involved in it. The delinquency programs have largely been aimed
at boys. However, that probably should shift because Helen Smith, a
leader on violence and kids, now says that one- fourth of the
homicides generated by juveniles are done by girls.

PRINGLE: Now, we talk to people at Youth Services who say, well, I
concede the action, the team-building, the working together. I can’t
see why shooting something actually is an act that enhances and helps
these kids. Certainly the gun-control people think, especially with
violent kids, putting guns in their hands and giving them targets may
not be such a swell idea.

EATON: Well, I understand that they’re saying, but they don’t
understand what happens when you take the life of an animal that feeds
you. You shoot an animal, you wound it, you see it die: you know that
you killed it. And that’s a very sobering experience.

EATON: It’s not a video game at all, that’s precisely the
difference. You take the life of an animal and you’re far less likely
to ever even consider the possibility of aiming a dangerous weapon at
a human being. You know the consequences of your actions in a hurry.

PRINGLE: Well, the fact is, does the evidence really show that?

EATON: Yes, it really does. Studies done by the FBI and the BATF, for
example, in the United States indicate that not one felonious, violent
crime has ever been committed by a juvenile with a legally acquired
firearm. In other words, kids who have legally- acquired guns don’t
commit crimes. And what do they have those guns for? They have them to
shoot or to hunt.

PRINGLE: Are you recommending this for all troubled youth?

EATON: Oh, I’m absolutely across-the-board in favour of it. It teaches
responsibility, it teaches self-control. It engenders
respect. Everything we want our young people to acquire that we’re not
now providing them, they come through hunting. It’s the traditional
way in which we initiate young men into adulthood. And it’s still the
best. Still the most potent.

PRINGLE: The world hasn’t changed enough that we say we do it in other
ways.

EATON: That’s right, because they’re born with that instinct. So we
need to build on that instinct, recognize it, mentor it properly.

EATON: No. No, you see, the difference is that team sports can teach
you cooperation, they can teach you there’s something greater than
yourself. They cannot marry you to nature, however, nor motivate you
to protect it. And that’s what we need in this world that’s troubled
very much by our environmental pollution and so on.

PRINGLE: Thank you very much.

I’ve helped to train well over a thousand people on firearms handling, safety and accurate shooting. It was all done through the club I belong to. Lumby and District Wildlife Association. I will admit, because of a few upheavals in my life during the last couple of years, I’ve been complacent in the training area. One thing, I’ve never heard of one of the people that were involved in the training programs ever getting into trouble. In most cases, their grades in school went up because they learned to concentrate for more than 2 seconds at a time and if they got into any criminal activities, they would be cut off from the program. I never had to cut off anyone. That’s a pretty good recommendation for shooters IMHO.
– Bearhunter

and this little essay explains why the gun culture / gun violence has changed (my opinion and based on the fact as a child I remember supper that night running around that morning). If you put this in context and how society has shifted away from families growing / gathering their own to being able to simply hunt the isles of the local grocery store.