AKM with a lighter taste

I’m guessing everyone here is wondering what they’re looking at right now. Everyone here has a AK-47 or a AK-74 this little gem right here is a little bit different. Think of it as if a AR girl went to a bar,Then the very Suave and debonair AK gentleman. They have a few drinks and they end the night at AK gentlemen’s barracks. Time goes by and out pops a AK-74 that is chamber in 5.56. All the qualities of the AK but chamber and a lighter caliber. Some would say it’s the best of both worlds and that point can be strongly argue. This is a Polish parts kit from wbp, this parts kit was produced this year in 2020. Very few were imported into the United States but it is amazing in the quality that they put into making it 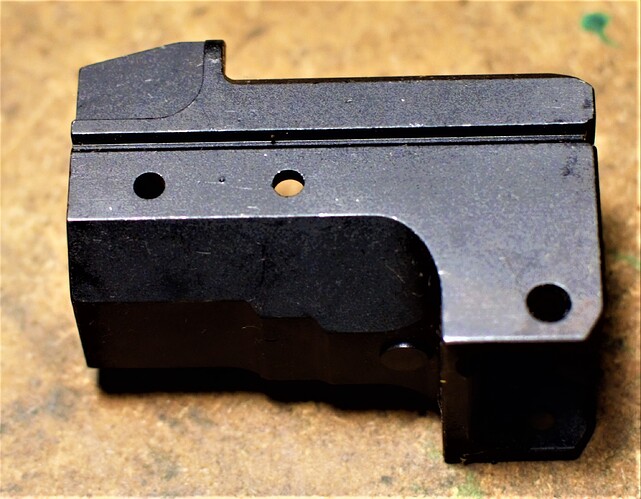 This is a pure virgin kit, this is meant to say that a lot of the holes for the rear and front trunnion have not been drilled all the way mostly pilot holes for someone to build on. Also the Bear open home has not been drilled at all. Also the bolt carrier itself is naked without any resting or paint on it minus the itself that has been painted or blued. 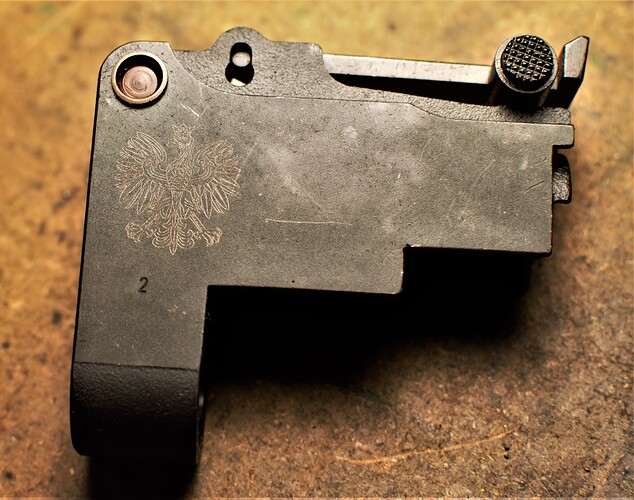 As you can see in the picture above the rear sight block has this nicely engraved polish crust that is most likely been laser-engraved into it. Hopefully the paint job that will be done to it will not cover it up and allow it to be seen.

The parts kit itself is all matching and everything is to specifications. The only difference to other parts kits like AK-74 is that the bullet guide is slightly different in shape and dimensions. This is all obviously in the front trunnion. It’s going to be a little fun project we’re going in I’m going to have to use that Bridgeport again to drill some nice perfect holes since this is a virgin kit.

. So stay tune as I’ll being adding updates to this post then a video to finish it off as parts come in.

“AR rifles are pretty to look at but, They are in awe in the presence of the Majestic presence of AK rifle”

“AR rifles are pretty to look at but, They are in awe in the presence of the Majestic presence of AK rifle”

the Majestic presence of AK rifle

Great looking parts kit! I am envious of both recent kits. The Polish crest is majestic indeed.

I just wish they had more of them in stock. I want to do a 12.5 inch SBR with the triangle side folding stock. That would be like looking at the sun and all of his glory LMFAO

Everyone here has a AK-47

NOT one swinging richard has every held an AK47, no one has one. Some us how shot them, would never own one.
Short distance fire suppression is not my style of warfare.
One shot one kill, thats our goal.

I told some AK guys once. I would give them the ultimate rifle challenge. You stand there with 30 rounds and you AK. I will stand 600 yards away with one round in my Garand.
Lets see who survives.
No Takers.

I’m guess your in a more open flat of mountain area with wide spaces. I’m in a more urban area. Think of these way, during WWII the allies fought in many theaters. Desert, woodland, and cities. always remember that you won’t always have the pleasure of picking were the fight is going to happen. be flexible. There is a reason why we don’t use the M1 Garand today.

I definitely won’t be standing in a field as I wait for your shoot me. I’ll be there all day while you try and figure out why your operating gas rod is bent and can’t fire

The AK47 is a Russian made full automatic weapon, the hood rats started calling the new versions AK47’s. but they are not.

The reason you dont use on today is the fact that everyone needs large magazines because they cant hit shit.

The ONLY reason they went to the M16 was the Army’s mission changed (rapid deployment) and some fool thought that a lot of light weight varmint bullets. They are an inferior COMBAT round.
Two reason they use 5.56. light weight, can carry more and spray and pray you hit something. The reason they changed the full auto selector to 3 round burst. Second reason is that the bullet was designed to wound, so it took 2 more combatants to carry the one off, lowering the op4.

30-06: One round and your dead. More range and way more kinetic energy dump. A lot more.

If your 5.56 is so good, why did DOD have Springfield armory reissue the M14? The M91/30 that Abdul uses was kicking the M16s ass in longer range engagements.

The AK47 is a Russian made full automatic weapon

The AK47 was a select fire rifle. The ONLY reason DOD named it the assault rifle was the order the selector switch is in.

Now yo know the rest of the story.

Ahhhh, the fight is on.lol i’m grabbin some food and watchin this.

The AK47 was a select fire rifle.

Yes, it had a full auto function.

Wait…i’m supposed to be watchin this not involved in it.

This is actually not true. Hit ratio has gone up over the decades. It had a serious dip we’re soldiers were not mentally ready to shoot and kill. Hence The High Ground over the entire conflict.

Second point is 556 is definitely able to kill. We may have a three round burst and others have full auto. And 90% of the cases we were using semi-auto you can have the biggest bullet but shot placement is King. Soldiers have been hit with medium machine guns firing 308 or like calibers and survived because they were not hit in a critical vital area. Even in World War 1 US soldiers were getting shot with 8 millimeter Mauser, a lot of them did survive. Big bullets do not guarantee a instant kill. It’s the same as 9 mil verse 45 ACP. Technology has caught up to the point where Size Doesn’t Matter to a point. There have been cases of individuals getting hit with 50 cal in the abdominal region but survived. This incident was in Vietnam.

There are a lot of soldiers in today’s modern war that have turned combatant into a sack of potatoes with 556. From your tier 1 operator tab guy, I way down to the lowly pog that was shooting on a no stop Convoy route Irish in Iraq.

The ability to carry more ammunition it’s not about spraying in praying. Every round is a lifesaver and when you run out regardless of if it’s a modern-day m4 or a M1 Garand that Soldier or person is saying oh s*** and praying to God that is friends come to and resupply.

Lastly those Springfield Armory M14 that were brought back out was not to replace but to have reach until a contract and testing was done for a modern day. You can look up the review of actual snipers during vietnam, grenada, desert Storm, iraqi freedom, and Afghanistan. The M14 nice but was hampered by weight, shifting Zero from the barrel and issues operating in austere environments that had a lot of dust and other environmental factors that made them not as a factor. It’s why you have now the m110 and other systems replacing those m-14s I saw a few of them when I was deployed. You know where they were and though armors weapons rack sitting with a bunch of deadline tags on them. Hence the joke about that gas operator rod.

Just thought this would be informative for you below are some videos with some words of wisdom. 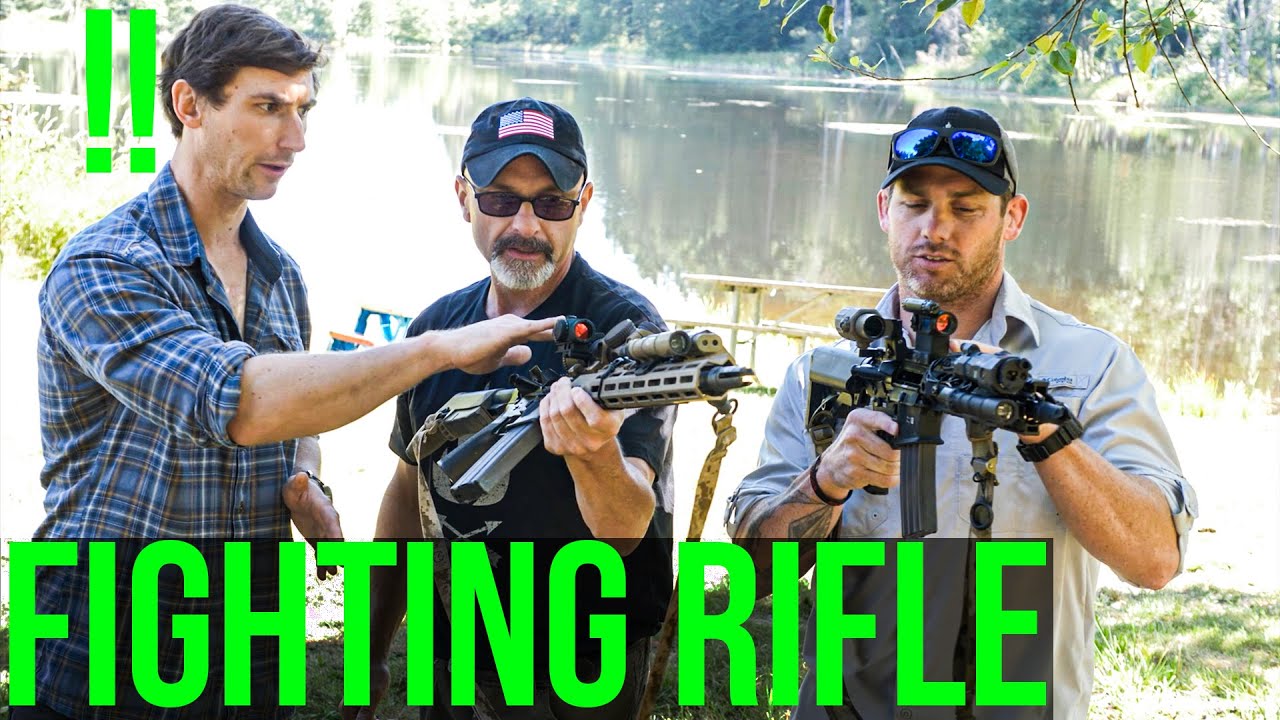 A B.A.R was a full auto rifle, the Thompson 1927a1 was a automatic sub gun. They had no semi function.

See the difference between a select fire and an auto fire rifle?

Big bullets do not guarantee a instant kill

According to all the WWII vets Ive talked to every one would disagree with this.
Here in washingrad you can not hunt deer with 5.56. They consider it a varmint round. No 5.56 for a 120lb deer.

I did not say they did not kill. I said they were not good at killing.

Ask any woman, bigger is better.

you are not getting out of this one

you are not getting out of this one

Besides i got some work to do.

Me too, cya at happy hour

remember that numbers game does not equal in reality. some of the unluckly folks that were in front of that M60 survived, messed up but live. I’ve seen the video in are training of unlikeable individuals getting hit with a 240B, messed them up but hit in the waist area. they made it a bit done the road. another shot while in place. he lived. shoulder shot.

the guy that thought he could charge a check point was shot center mass. droped like a bag of patatoes on a hot day.

556 can kill a deer. that fud talk to be honest. people have been dropping hog for years. the key to it all is know your targets vital aera and placing that round there.

to your statement at not good at killing. i think all of the body bags from the 60s moving forward say other wise.