Started reading comments and couldn’t resist to post mine. It is being reviewed right now, but I thought I would share what i wrote here:

America is drowning in liberal ideology and fear of freedom.
People trust the media and politicians way too much.
“Guns are bad” says the media. People see a guy walking around with a firearm (no way he was pointing it at people) and they freak out and call more people with guns (see what I did there?)

A bit disappointed with cops though in how they handled the situation, however if the guy didn’t stop to even talk to them, and they couldn’t establish whether he was in fact pointing the gun at people before they arrived, I guess I could see him getting arrested in that fashion.

To all anti-gun people out there, some questions/thoughts to consider:

Which door do you choose as a person meaning to do harm to others? Does it depend on your choice of weapon? Would you not choose Door #1 regardless? Be honest.

Don’t get no better than that.

Well we discussed, er, I mean, I thought about it and we, er, uh 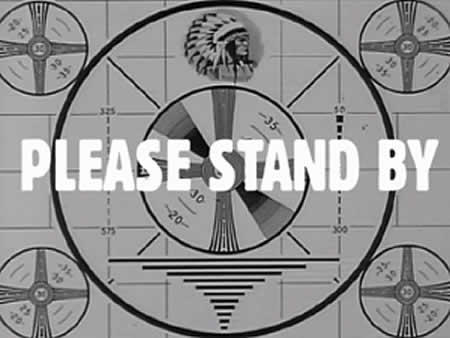 Well said @Mosinvirus. Encapsulated my thoughts as well. People seem to forget almost every adult male carried a firearm (a wheelgun most likely) on their person and a rifle/shotgun in their vehicle up until the early parts of the 20th century. IF you were a bad guy intent on doing harm you KNEW you were gonna buy the farm because everyone was armed everywhere, even some ladies. I just don’t buy the narrative that an object–in this case a firearm–is inherently evil. Just look at Europe and specifically the UK. Knives and other pointy stabby objects are doing the murdering. A razor sharp Katana would do an immense amount of harm for example. Humans are by nature animals so if they have a mental deficiency and intend on doing harm they will use everything down to ROCKS to do so. Better to have a citizenry of good people armed (us) to help protect the weak (anti-gunners) than a bunch of unarmed targets. But this is all repeated by people like us everyday and everywhere and it is getting tiresome that these idiots just don’t get it. I’m growing tired of having to have this debate / argument with people.

On to the article. Something my father-in-law said a while back that stuck in my head applies here. If something is legal it doesn’t mean you should do it in public. I get making a statement but sometimes doing something for the mere sake of doing it invites the negative attention this bloke got. Now I’m not going to assume what happened here as there isn’t enough information to form my opinion I will say carrying a semi-auto rifle or AR pistol in public most of the time just asks for trouble. I wholeheartedly support people’s right to do so, I just don’t think it is a good idea sometimes. If you want to carry a firearm to help protect yourself and the community a good 10mm Glock with 15rds and an extra mag or two is good enough. You gotta pick your battles folks.

my voices will get in touch with your voices shortly.

Also nailed it. Completely agree that a right is a right. But looking for reactions will get you reactions. That’s fine if you wanna do it but expect it when it comes. Seems like these guys did.

I agree with what @Mosinvirus says.

We all worry about the second amendment and we all approach the subject differently on the ways we feel are best to preserve it. We all should have learned by now that disarming the American people is the ultimate goal by the socialists, no matter the excuses they give for banning and gun control.

As far as this incident in Oklahoma, it also seems to me if you want something to be accepted as “normal” in society then it requires more people to do it.

A woman can go into town or to the store wearing what appears to be no more than pantyhose or tights and a bra. Do I think it’s tacky? Yes. Do I think she’s just trying to draw attention to herself? Yes. Is it working? Yes. Would I do it? Hell no. But she has a right to dress that way and so far, these things don’t seem to be outlawed, nor should they. And more and more women are dressing this way, exercising thier rights to dress how they please.

Rosa Parks sat at the front of the bus.

The reason actions like this man’s in Oklahoma make news is because he is out there standing out like a sore thumb on his own doing it and running around with your gun showing or slung across your back is not yet been considered acceptable. It used to be, back in the day, but it’s not anymore. I think it needs to be made common place once again. Do I want us to always run around with our guns showing? No. But maybe for a while, they should be. After all, what we’ve been doing isn’t working, otherwise we wouldn’t be having this discussion. Legislation is passing at an alarming rate and not because of this guy or guys like him.

I myself feel that concealed gives an advantage with the element of surprise. Others feel the deterrent of your firearm showing is better and avoids a situation from even happening. Both of these are true and one is no better than the other.
Being a person of small frame and weaker than most men I need that element of surprise and don’t need someone coming from behind and taking my weapon off my hip because it’s visible.

Either way, until we get to the point where we are not having police called on us by the general public and dropping while we have done nothing wrong, some things need to change. And I agree with the Oklahoma man that police departments need to learn the laws and stop accosting people. That’s discrimination.

These socialists are out to get our guns no matter who or when or where we carry them or what kind of firearm it is. Brass knuckles, butterfly knives, and batons have been outlawed in many places too and law abiding citizens and thier actions didn’t do anything to deserve that either, but it still happened.

Notice first reply to my comment and the nickname of the person posting:

@Igor…You can always tell when you strike a nerve .

Oh, I know… I guess there was no argument to anything I said, so insults flew instead.

That Ban the AR guy should use his comment as his username.

And he could learn to spell it correctly…but then again, maybe he’s a German douche bag instead of a French douche bag in which case it’s appropriate…
Either way I agree with you…still a douche bag

Guns are bad for two reasons

They dont want them

They dont know anything about them, so they are BAD