PITTSBURGH, OH - Country singer, Toby Keith had one very important stop to make before his Pittsburgh concert this past Friday, he met retired Marine Corporal Brandon Rumbaugh and presented him with a much-needed gift.

While serving in Afghanistan in 2010, Rumbaugh was carrying a fellow Marine to safety when he stepped on an IED and lost both of his legs.

After years of therapy, Rumbaugh beat the odds and learned to walk again. He now serves as a motivational speaker, hoping to inspire others with his courageous story of endurance.

Toby Keith heard about Rumbuagh’s efforts and, determined to make a difference in the Marine’s life, teamed up with a veteran’s nonprofit group to present Rumbaugh with a $16,000 all-terrain wheelchair.

Rumbaugh says the new wheelchair will allow him to be more active outdoors and play with his six-month-old daughter.

Keith also gifted the veteran with backstage passes and Rumbaugh enjoyed the concert from the side of the stage, even joining Keith on stage during the singer’s performance of “American Soldier.” 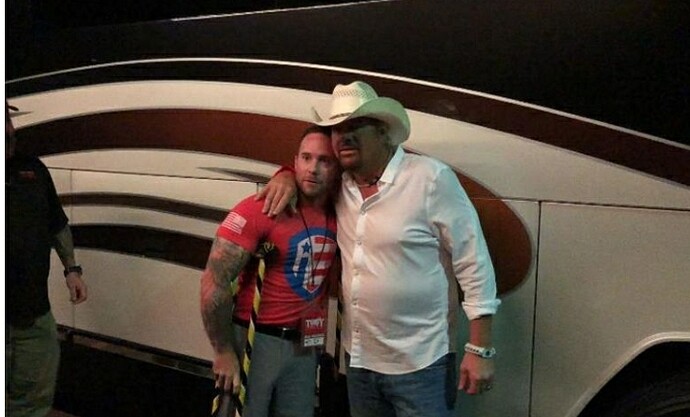