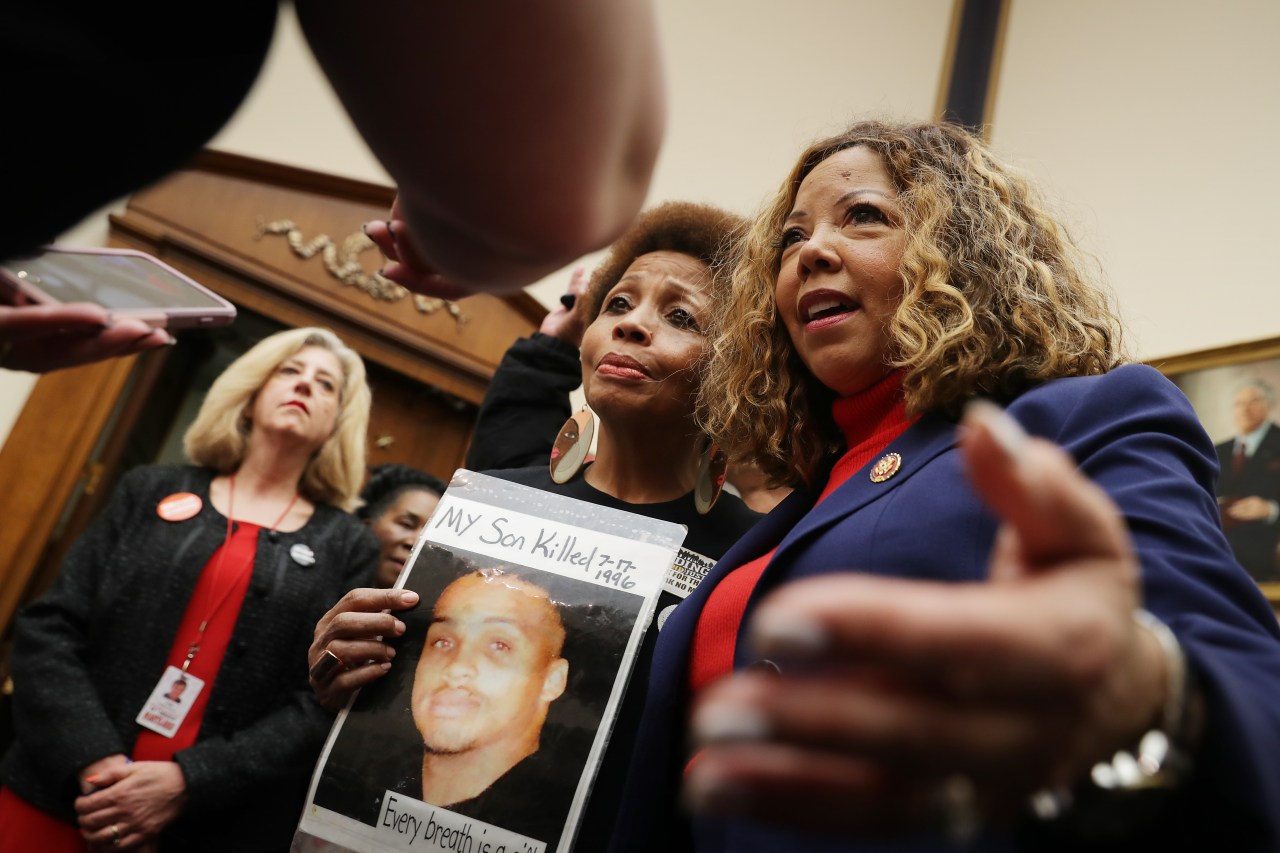 The House Judiciary Committee voted on Tuesday to approve gun violence prevention legislation as Congress faces pressure to take action in the wake of recent mass shootings. The Democratic-controll…

Expected.
You can push a recycled used tampon recovery bill through the house.
Our fight is in the Senate.

Trump has not yet made clear what legislation he would support.

as if we didn’t know that

We ALL KNOW it’ll FLY through the house without any resistance.

While I can empathize with his pain, his remarks and his point of hating what DJT said is the same way I feel about all the DSA/dnc mouthpieces. If he was in such pain why does he now politicize the death of his daughter. Doesn’t seem very consistent to me. Also speaking emotionally does not automatically make his point right or valid. I have lost a nephew and a brother to drugs and alcohol, but I don’t demand that we shoot every drug offender, bartender (though there is one that…), or store that sells this poison in the USA, because that is NOT how we remain a free people.

it is too bad that these congressmen and women don’t have to have any statistics done by a neutral party, that back up their proposal. banning ‘assault weapons’ based upon how they would impact gun crime, is absurd. still, that is their primary focus - why? back to our understanding that it really is about control, not crime prevention.

What do you all think about pushing the idea that they have to have the statistics to back up their proposals before they present them in congress?

I agree especially when they can’t even tell you what an assault weapon IS! Because there IS NO SUCH THING!!

I am still waiting for them to give us one real example of a “fully semi-automatic bolt action rifle.”

I kid you not! I heard some liberals expressing their concerns about these.

The US Army describes an assault rifle as a reduced size cartridge military style rifle with selective fire capability. This is universally been the definition since the 1960s.

So, this is what the anti gunners are all afraid of? LOL I think they had something else in mind, but who knows? I recently heard them worry over suppressed muzzleloaders - wanting to ban them!

It never ends with them! Stupid ignorance at its finest!

I think republicans would sign a mag ban bill.

So tell me how many of us have selective fire on our weapons? I’m betting not whole heck of a lot of us! This definition eliminates nearly every single civilian arm from the very definition of an assault weapon.

I think republicans would sign a mag ban bill

Me too. Just another “compromise” they will do just to try and shut up the dems. You can count on that.

"A Democracy/Republic cannot exist as a permanent form of government. It can only exist until the voters discover they can vote themselves money from the public treasury. From that moment on, the majority always votes for the candidates promising them the most benefits from the public treasury, with the result that a Democracy/Republic always collapses over a loss of fiscal responsibility, always followed by a dictatorship. The average of the world’s great civilizations before they decline has been 200 years. These nations have progressed in this sequence:

You know this how?

You know this how?

History is the infallible record of human behavior. We may choose to hide it, disguise it or even run from it but, it still persists to show us what and who we truly are. Ignorance of it only prevents us from seeing the next steps, denial of it only decreases your changes of survival.
Look around, you are surrounding by people denying history and the sequences that repeat themselves over and over again. If we where not destined to repeat this process why would we be apathetic about bonding together to fight or freedom’s being ripped from us? Why would we be moving towards bondage at the speed of congress daily?
Denial of history will only contribute to you being unprepared.
Freedom loving Americans have become apathetic and dependent on their jobs, the government and the creature comforts of home and safety. The dependency on all of the above is taking us back into bondage.
Welcome to hell… bring a spoon, denying it will send you kicking and screaming to your grave with no greater effect than a whisper in a hurricane.

AOC was standing to make a speech when she squeaked out a little flatulence.
So she immediately said the word Gun and the Entire Democrap membership in the House stood and yelled Ban Em!!! 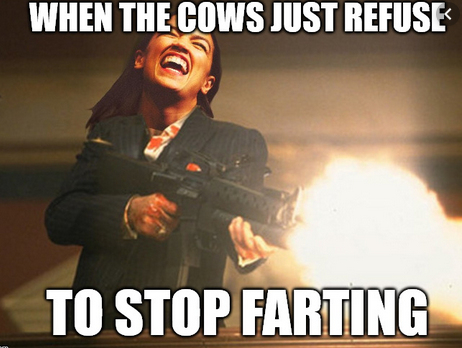