Anyone have any trigger time on a Smith&Wesson model 625? If so how are they?

I have a 625PC. It would fail to fire one round for each cylinder but not the same charge hole. I sent it back and while it would fire all rounds after being “fixed”, they put a longer firing pin in it, it was still having a problem. The trigger pull was terrible, so heavy I would not have issued it as a street gun. On pulling the side plate off I found it had zero lubrication, I mean bone dry. I used my favorite lube (I mix myself) and shot the crap out of it. Now it meets what I would call performance center standards. I’ve found that buying a “lesser” version of a performance center gun is the way to go. Every PC gun I own had significant problems and the off the rack models work just fine out of the box. Go with the JM 625 every one I shot was awesome. S&W warranty service sucks I just fix them myself but my work paid for armorer school so I lucked out.

I think all manufacturers are slipping on customer service

Sorry to hear you have had trouble with PC Smiths.

I have some and love them. Never had any trouble with mine except for one that had a loose part in it (the gun rattled - it was a revolver). I took it back to the dealer where I bought it and they fixed it right away for free.

I have other S&W’s too, that are not Performance Center, and never had any trouble with them. So, not sure about quality differences, but according to their website, they do spend more time on their PC guns adding features most of which, are helpful.

Regarding the 625 - I could never rely on a gun that relied on moon clips to hold the bullets in place, but best of luck to you in that regard. 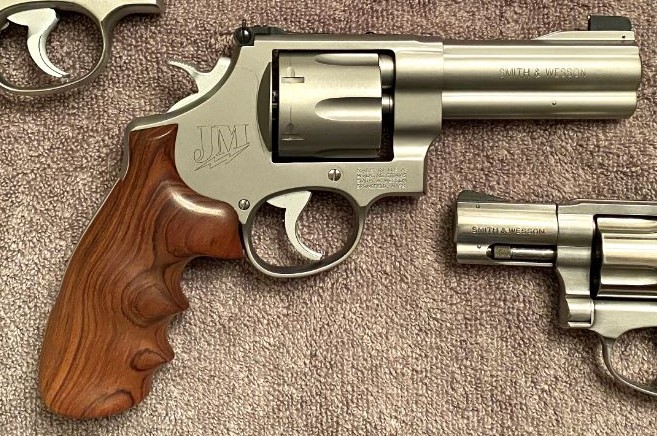 That’s the revolver in .45 acp?
Haven’t they been around since the shortages of 1911s during WW1

The M1917 Revolvers were six-shot, .45 ACP, large frame revolvers adopted by the United States Military in 1917, to supplement the standard .45 ACP M1911 pistol during World War I. There were two variations of the M1917, one made by Colt and the other made by Smith & Wesson. They used moon-clips to hold the rimless cartridges in position and to aid in extraction. After World War I, they gained a strong following among civilian shooters. A commercial rimmed cartridge, the .45 Auto Rim, was a U.S. ...