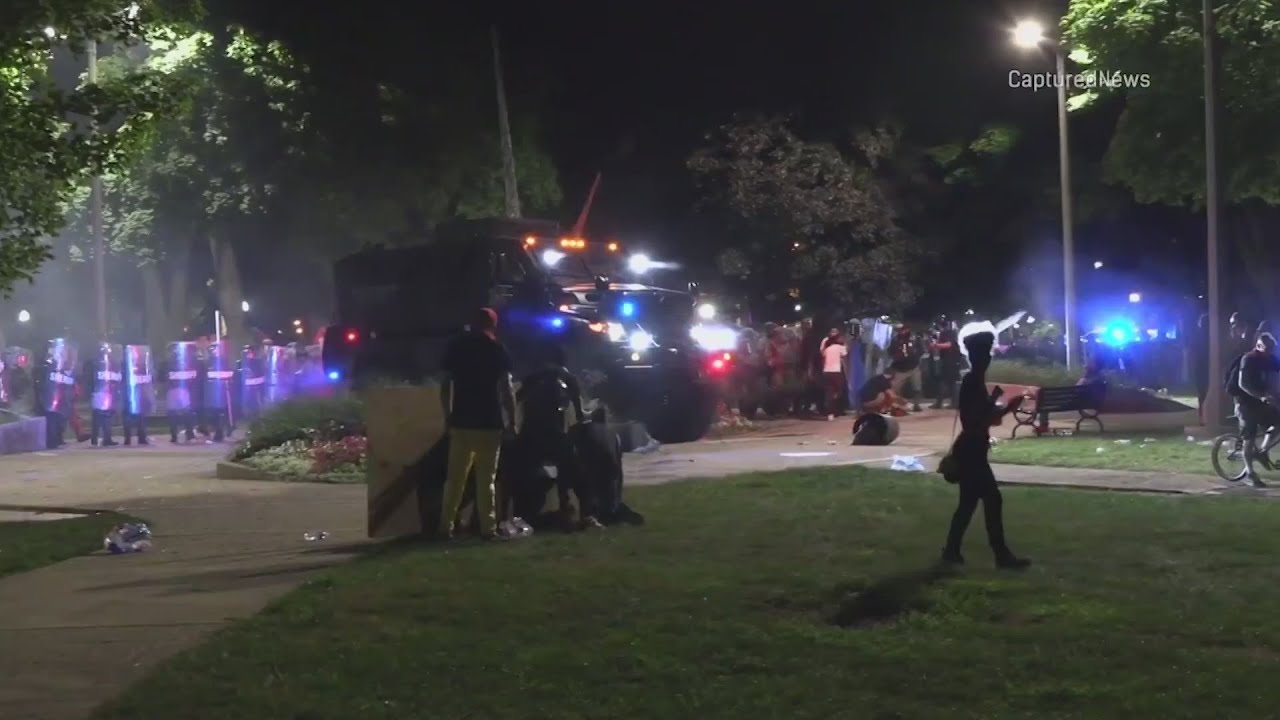 The Spokeshole in this story claims there were several people shot and it’s believed the shooter is a militia type since they were carrying an AR-15 style rifle.
Am I understanding this correctly, the Left is mischaracterizing and demonizing AR-15 owners? SHOCKER!

Wow! That would be the first time!

I wonder if it will be a full semi-auto on the 6 O’clock news?

All i can say is, bout time.

Yeah and what about the jokers that were tearing everybody’s property up. I wonder if he/it would so quick to demonize if it had been HIS property that was getting torn up. The guy was walking away and fell then the thugs started closing in on him. He shot after one was on top of him and I don’t blame him at that point. There is NO WAY I would have let any of those antifa thugs take my weapon. At that point it becomes kill, or be killed.

Antifas and BLM are carrying AR15s too…how does this make sense?

Just look up the the redneck revolt idiots training videos

Antifas and BLM are carrying AR15s too…how does this make sense?

I am getting so sick of commie minded people I can’t even argue with them anymore. I cant stand people who talk as though they are your superior yet are speaking nothing but nonsense

Hmmmm, sounds like a couple ar15 sites i know.

What did they expect? Citizens to allow their property and public property destroyed with absolute impunity? If local governments don’t take back control citizens will

Hmmmm, sounds like a couple ar15 sites i know.

Yeah I think I was on one of those sites for about three weeks and I was told “You can’t talk about democrats that way on tis site”. So I never went back.

A 17-year-old boy was charged with murder in the first degree after opening fire on three anarchist rioters in two seperate incidents. The accused, Kyle Rittenhouse, is from Antioch, Illinois, just 21 miles from Kenosha, Wisconsin. Rittenhouse...

2 of them will never F with anybody again…

IF this young man gets sentenced to as much as two days in prison for this then maybe it is about time we start hunting down the real anarchists, some of which include Nancy Pelosi, Maxine Waters, Adam Schiff, Chuck Schumer, Jerry Nadler, AOC, Tlieb, Omar, Presley. So these are the TRUE enemies of America and they are the impetus and are directly responsible for ALL the people that die in these riots, on BOTH sides. They are also the traitors that have three times attempted to undermine the duly elected President of these United States of America, and they need to be held accountable for all their evils! They are the ones that need to be doxed and hunted down like the filthy animals they are!

Antifas and BLM are carrying AR15s too

DSA/dnc IS the greatest enemy of the USA in the world…next to ths scotus!!! And they will prove it in November!

Ooops! I seem to have forgotten. Could you please remind me what happened in Athens, TN? Thank you.

Citizens took back their town from corrupt officials. Google it.

Thanks. I will look into it.

A small town in 1946 feeling intimidated by local, corrupt politicians, especially concerning voting issues - took up arms against their aggressors and turned the tide for the community. The second amendment to the U.S. Constitution worked very well! Open Carry