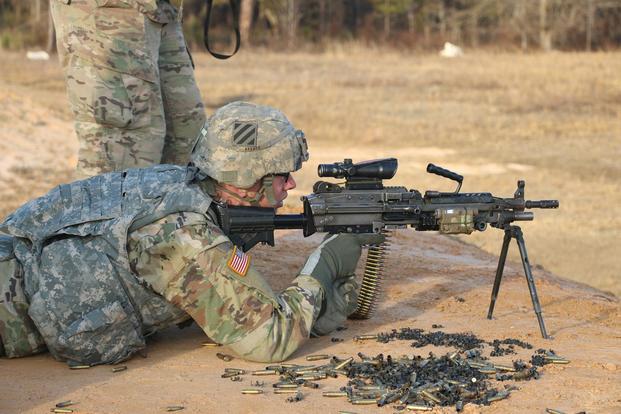 "It will fire at speeds that far exceed the velocity of bullets today and penetrate any existing or known ... body armor."

What ever it is you know it’s bloody awesome.

The M16 and M249 SAW replacements will be developed concurrently with new ammo that they will share.

I thought that they killed this after Spec II a few years ago stating that the 5.56 with heavier bullets gave the same performance.

Is the 6.8 perform as well at close-in distances as longer range?

So it seems like they followed through with their new ammunition development. I remember reading they were developing new rounds. This will be interesting.

I’m looking foreword to getting more Info on the new ammo specs.

Is this going to be a special units replacement or an entire military wide replacement? Or did I miss that bit in the articles?

Can’t wait until the new ammo hits the civilian market.

This will be quite interesting.

Will it be a failure and fade into the night? Or will it take over the military and become the new .223/5.56?

If it grows, it’ll hit the civilian market eventually. Who knows how eventually.

Thanks for the info so I can be lazy and not watch the entire video.

Here is something more official on it

Hopefully if they do a short barreled SAW it will be more accurate than the 5.56 version…those thing pattern like a shotgun at 100 yards…

SAW was one of my favorite weapons to use. I love that thing!!!

A M249 running wide open is better than sex, but they are not accurate at all…very almost perfect reliable though…

6.8mm A Cartridge for the Next Decade

It will require the next decade for issues surrounding the new 6.8mm round, and rifles and LMGs that will be chambered for it, to be identified, addressed and refined.

The U.S. Army Chose a New Bullet for Its New Rifles

We know very little about the Army’s new 6.8-millimeter round. 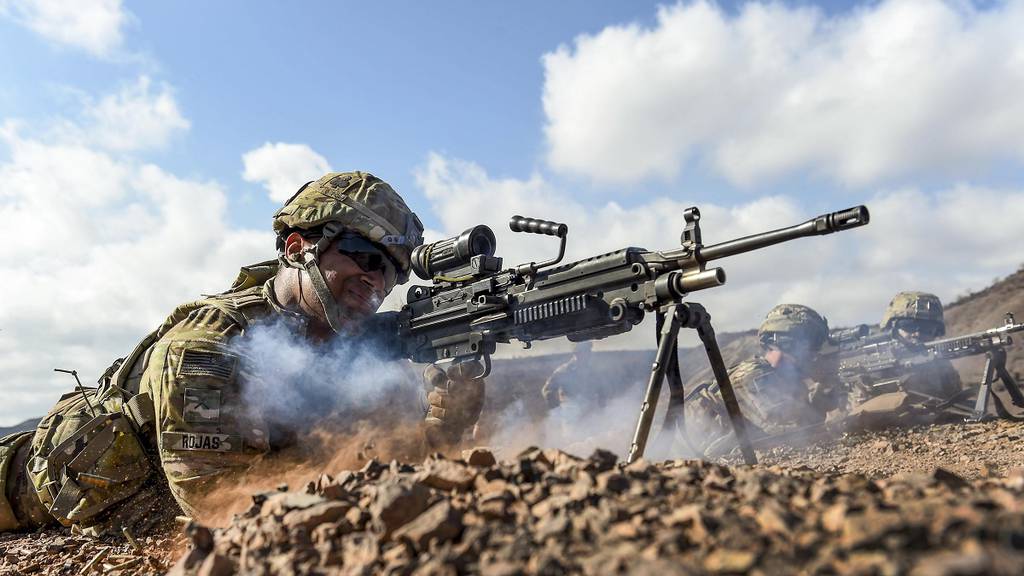 The Army’s SAW and M4 replacements will both fire this more accurate and...

The new round will put soldier ranges out to 600 meters, twice as far as the effective range of the M4.

We have uppers in both. If only one? Definitely would choose the 6.8 in Carbine or Rifle length. The advantage of the 5.56 is the ammo cost and availability.

Sig’s Spear will have a civilian version shooting the Fury. It isn’t a reloadable case as far as I know, so not much of an attraction for me. When you can get a 6.5 Creed or a 6.8 Western barrel for it I will get interested in the Spear.

I think a .556, a 7.62x39, and a 6.8spc or the civilian version would be the 3 to have . I don’t know all the differences between the 6.8’s yet but I like to pretend I all ready have something then pretend to shop for various parts to see how expensive and difficult it is to obtain what is needed. It can be a good practice with older cars too if you are getting something unique. I don’t have machining equipment but there is a local shop just in case.

Between 5.56NATO, 7.62x39, and 6.8SPC, the only parts required to swap an AR-15 between those calibers are the magazine, bolt, and barrel. For ease of swapping, it is of course much easier to just have complete uppers in each caliber, allowing popping two pins and swapping mags to switch between calibers.

The military’s new 6.8mm seems to be a completely different animal, requiring something close to an AR-10 length receiver and mag well. What would be required to swap an AR-10 to the new 6.8mm round, remains to be seen.

I was thinking the same lower would work for all 3. I will look into it.

The 6.8 Western will and the the Sig Fury should work in a large frame AR (308) except for the bolt. The Fury is SAAMI’d at 80,000 psi, and the Western is a magnum and the only AR Magnum bolt I am aware of that seems to work is the KAK WSM Bolt and that takes a high pressure firing pin.

So it seems the large frame will work for the 6.8 Western but not the Fury. So Sig had to design a whole pattern rifle (the Spear) to handle the pressures (80,000 psi) that the hybrid steel and brass cased Fury develops.

The Western and Fury should both get a 140 gr 6.8 projo going to 3200 fps, the difference is the Fury will do it with the Spear’s 10 inch shorter barrel.