About sums it up A pair of chatbots have been taken offline in China after failing to show enough patriotism, reports the Financial Times. The two bots were removed from the popular messaging app Tencent QQ after...

No friends? No worry chat with ZO

When this gets amplified on a level of millions of people conducting searches each day, it brings the negative news to the forefront. People are drawn to the shocking news, it gets traction, more people search for it and then it reaches more people than it should have.

Facebook and YouTube have come under fire for offensive search suggestions and have apologized, but they should have learned from Microsoft's mistakes two years ago.

In the battle against fake news, the bots may be winning 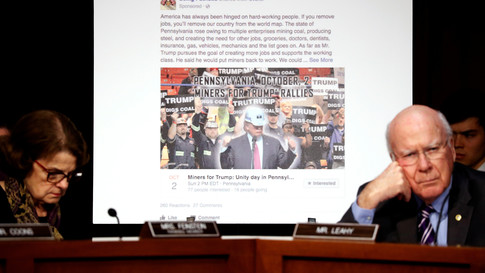 In the battle against fake news, the bots may be winning

Intelligent machines that can pass for humans have long been dreamed of, but as Chris Baraniuk argues, they’re already among us. How online 'chatbots' are already tricking you

Intelligent machines that can pass for humans have long been dreamed of, but as Chris Baraniuk argues, they’re already among us

How Bad Bots Are Destroying The Internet 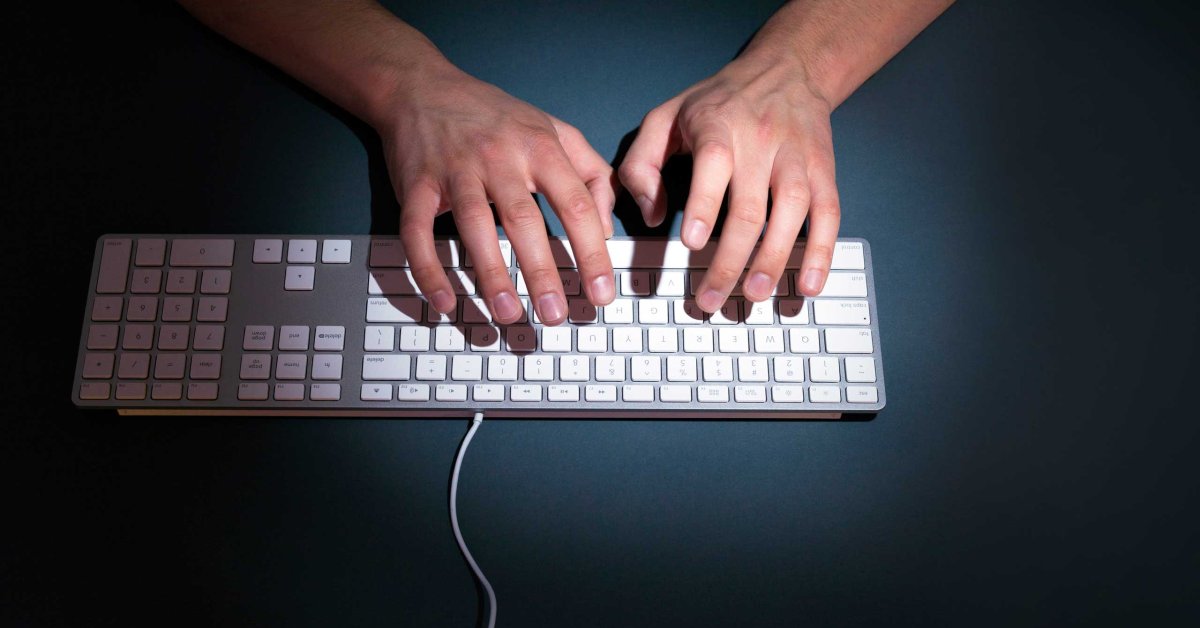 How Bad Bots Are Destroying The Internet

The web is at war, and the good guys are losing

A social bot is an agent that communicates autonomously on social media. The messages (e.g. tweets) it distributes can be simple and operate in groups and various configurations with partial human control (hybrid). Social bots can also use artificial intelligence to express messages in more natural human dialogue. Lutz Finger identifies 5 immediate uses for social bots: Social bots, besides being able to (re-)produce or reuse messages autonomously, also share many traits with spambots with resp...

Its Skynet, too bad Arnie dosnt believe in guns.

Maybe Skynet should introduce itself in special thread

Now you see why you were voted the unofficial bot buster in the Lounge.

My guess is no one else among us can track them down and deal with them better than you.

If we don’t get a mod or admin to show up and actually start doing stuff, the bots will take over. I’m at a loss as to what to do anymore. I’ve tried reaching out here, from the web site, and facebook. No reply. Twitter is a lost cause because no one has been there in 3 years.

right now all we can do is self police and maintain the freedom we have, and we knew who we can trust- except I am pretty sure Robert is a bot.
Just waiting for Lord of the Flies to take over.

If we don’t get a mod or admin to show up and actually start doing stuff, the bots will take over. I’m at a loss as to what to do anymore. I’ve tried reaching out here, from the web site, and facebook. No reply. Twitter is a lost cause because no one has been there in 3 years.

What will the future tell us about microwave radiation?

Welcome to the test lab and you are the subject of a corporatism experiment whether you like it or not.

If you have the time, checkout the following.

For more information regarding cell phone radiation and the portiental harmful risks of 5G technology microwaves, I’ve attached a more recent, thorough and longer presentation regarding the matter and a NY home owner that expresses her valid concerns about the 5G equipment that was recently installed just outside her home.

Also, please know that the individual that is incharge of the FCC came from within the high executive level of the wireless technology industry. In my opinion, he’s extremely bios in pushing this type of technology down throats of America, but who am I to say. Check it out for yourself and do your own research if interested.

More and more information is slowly coming out for the public from the private sectors of science and health communities, making some of us commoners more aware to perhaps make a better and more informed decision with regards to our environment that we currently live in today. Thanks! Kill Decision is a science fiction novel by Daniel Suarez, published in 2012. It deals with themes of espionage, artificial intelligence, and warfare using robots and drones. The story deals with the fictional scenario where insurgents have created automated drones that identify enemies and make the decision to kill them (the "kill decision") without human intervention. The book opens with a video feed from predator drones in Karbala, Iraq, where it is observed that an unmarked drone with Americ...

Drones will soon decide who to kill

The militarisation of AI has serious ethical and legal implications. 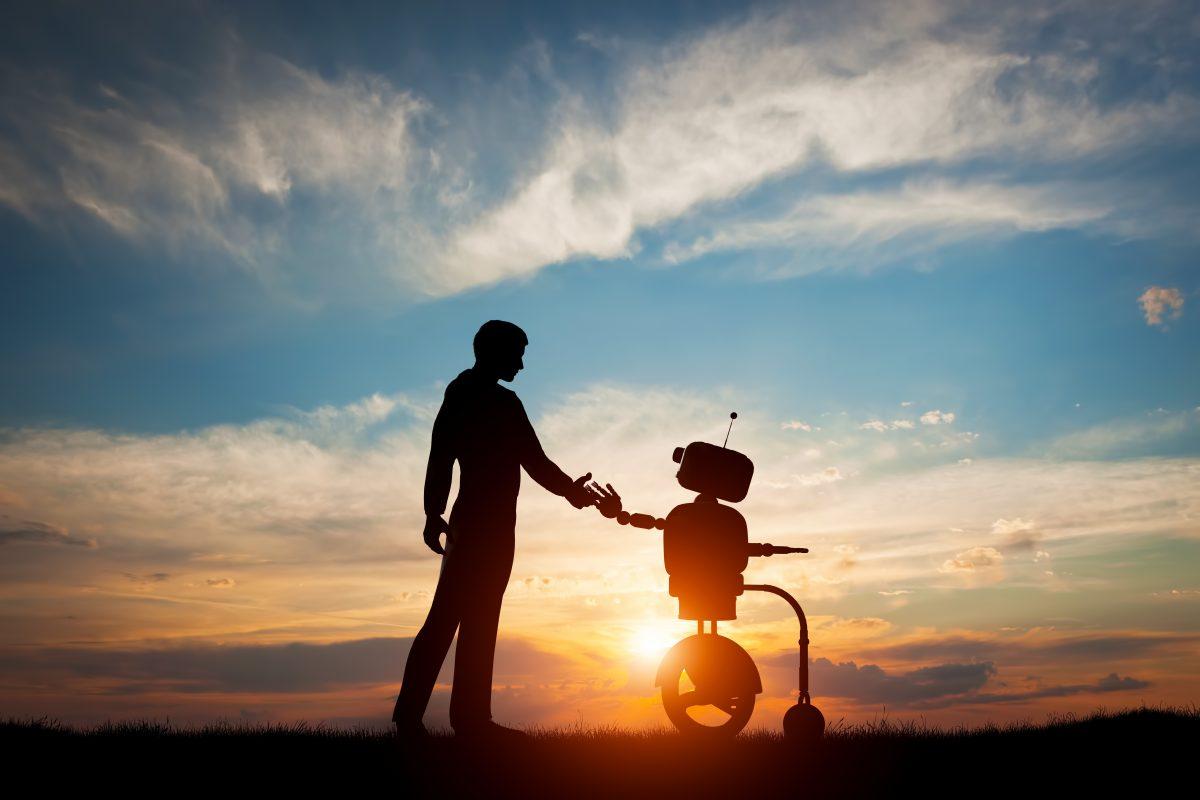 The Life And Death Decision AI Robots Will Have To Make

As AI machines continue to expand, it is becoming more common for them to be in charge of life and death decisions. Currently, humans are grappling with how to program autonomous cars, military drones, and healthcare robots to consider ethical and...

With the U.S. Army’s announcement that it’s developing drones that can spot and target vehicles and people using artificial intelligence, the prospect of machines deciding who to kill is no longer a storyline from science fiction but soon to be a reality. Currently, drones are controlled and piloted by humans who ultimately have the final decisions about where a bomb is dropped, or a missile is fired. The international humanitarian law allows “dual-use facilities,” those that create products for civil and military use, to be attacked. When drones enter combat, would tech companies and employees be considered fair targets? A key feature of autonomous systems is that they get better over time based on the data and performance feedback it receives. Is it plausible that as autonomous drone technology gets refined, we will need to determine an acceptable stage of self-development to avoid creating a killing machine?

Remember, what makes AI, AI, is autonomy, the ability to write its own code 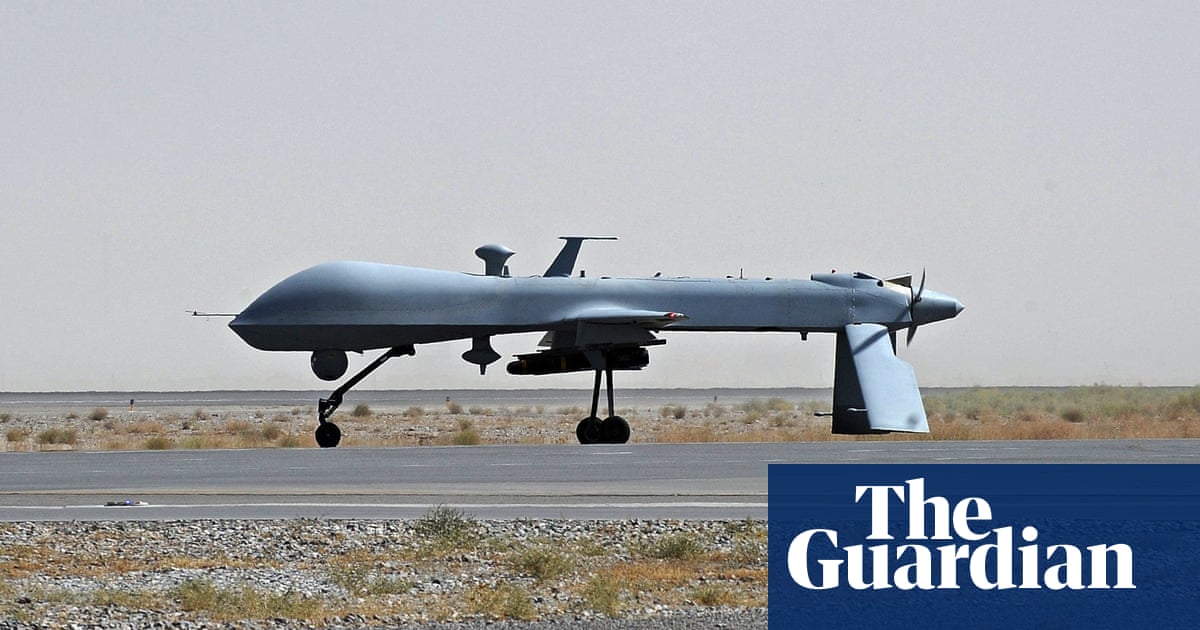 Has a rampaging AI algorithm really killed thousands in Pakistan?

A killer machine-learning algorithm guiding the U.S. drone program has killed thousands of innocent people according to some reports. What’s the truth?

Do not worry, it won’t be done without oversight 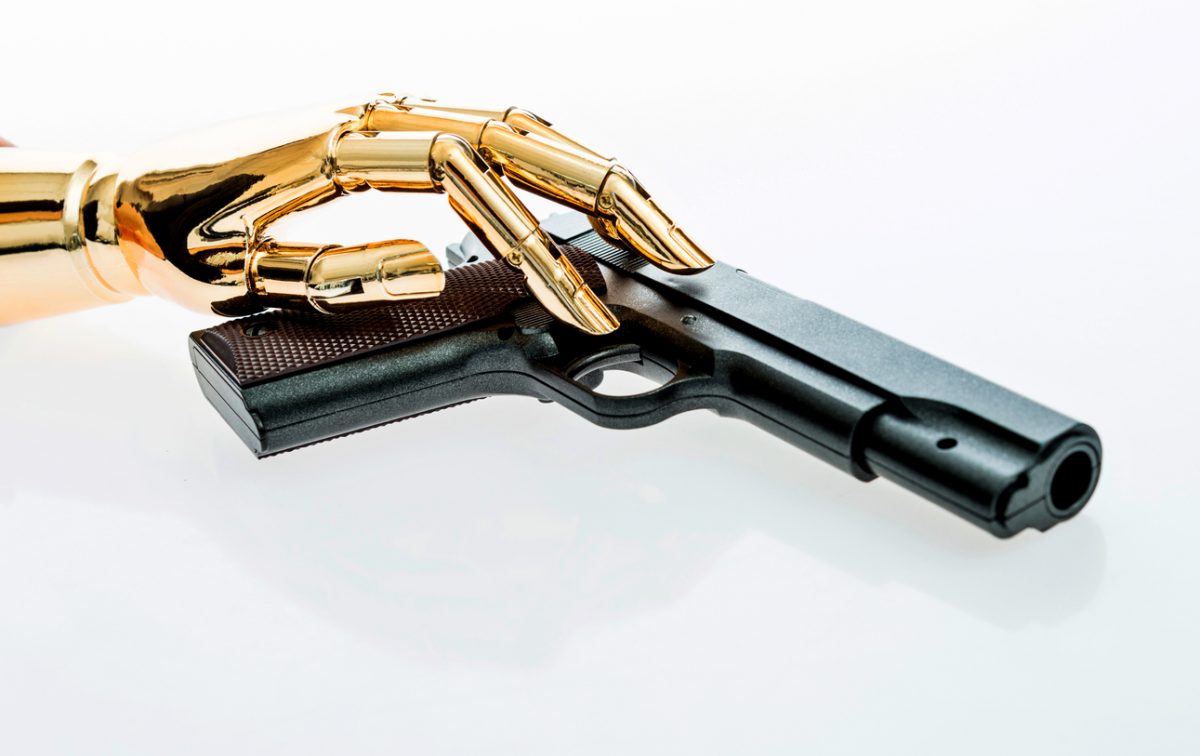 Scientists pledge not to build AIs which kill without oversight

Thousands of scientists have signed a pledge not to have any role in building AIs which have the ability to kill without human oversight. 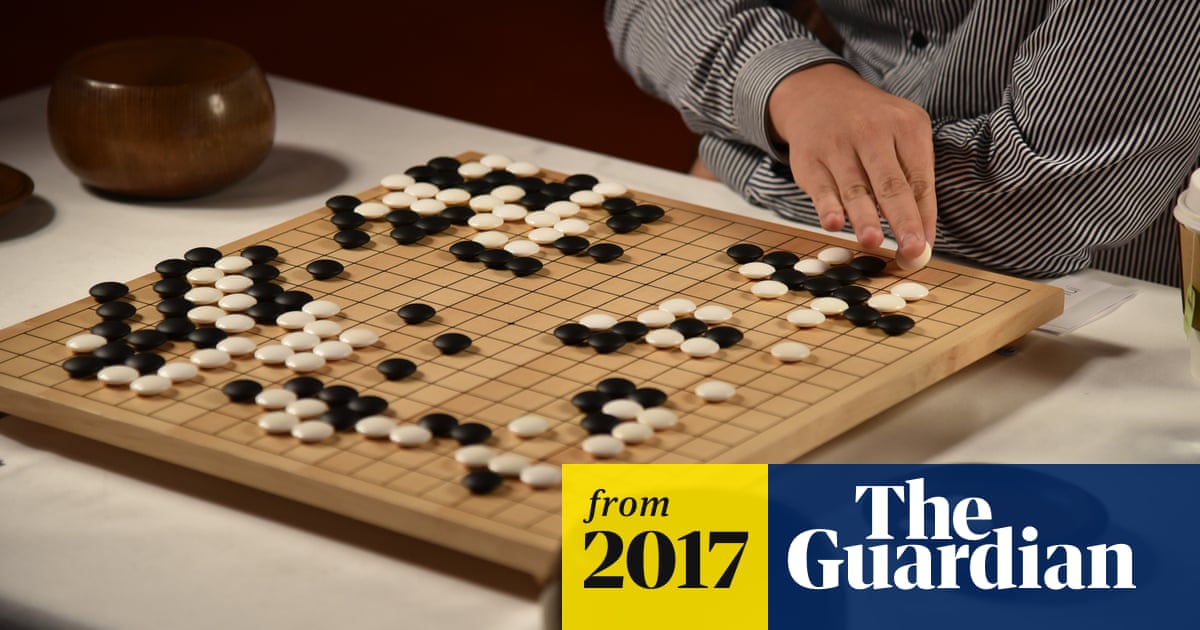 'It's able to create knowledge itself': Google unveils AI that learns on its own

In a major breakthrough for artificial intelligence, AlphaGo Zero took just three days to master the ancient Chinese board game of Go ... with no human help

I didn’t even know we had a go game! 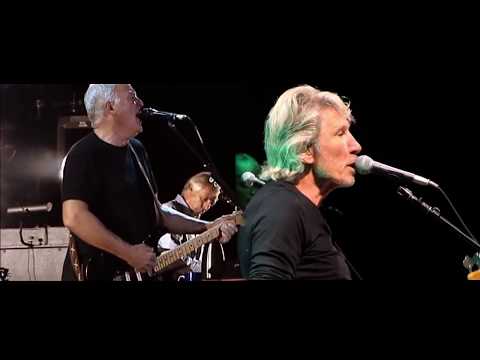 No one told you when to run, you missed the starting gun.

What happens when we can no longer understand AI? Facebook puts cork in chatbots that created a secret language

Alice and Bob, the two bots, raise questions about the future of artificial intelligence. 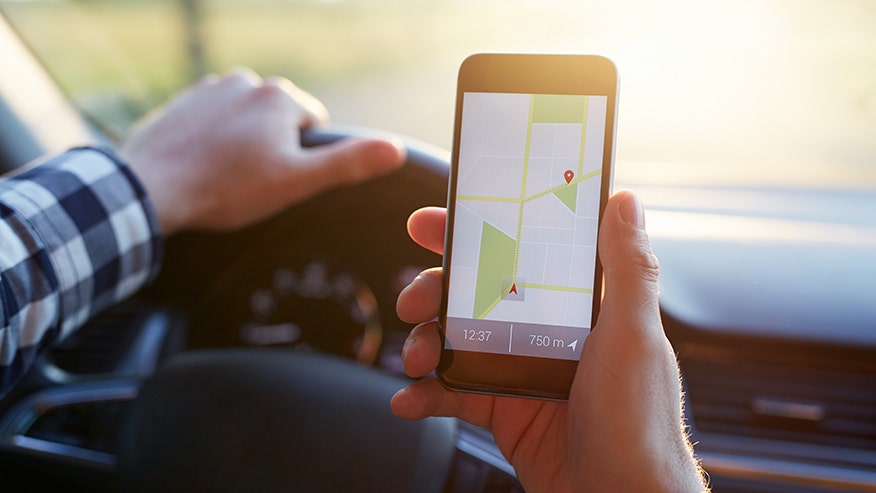 A new study suggests that radiation from smartphones is negatively impacting teenagers' memories, leaving them with short-term memory loss.

Surething, right up until a

Did you watch the 10 minute video?

Its a very VERY short time before we loose many MANY jobs to robotics,

@LonewolfMcQuade just had a post defining “Class war at its best.” which will actually be uber rich, and their toys, no concern for poor anymore, plan to civil riot over your lost jobs?

Prepare for autonomous weapons to take care of that.

This site doesn’t exist for fun

but not everyone agrees, Google plans to master AI 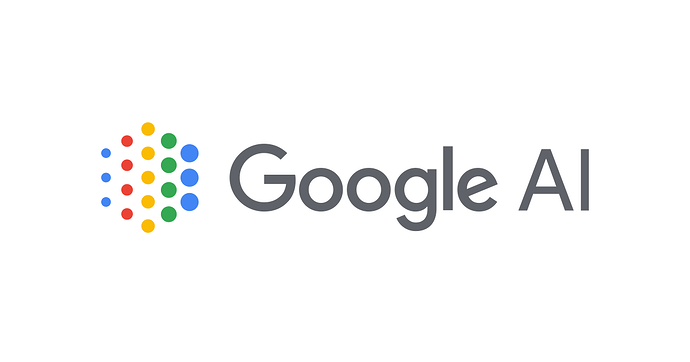 At Google, we think that AI can meaningfully improve people’s lives and that the biggest impact will come when everyone can access it. Learn more about our projects and tools.

Is your door tagged? Why?

GPS satellite According to an online Yahoo program, the Global Position System coordinates for the White House, probably one of the best-known publicly owned buildings in the world, are 38.898590 Latitude and -77.035971 Longitude. And since you know...

Yeah, I watched it. Depressing…

Depressing is the fight to get anyone to look 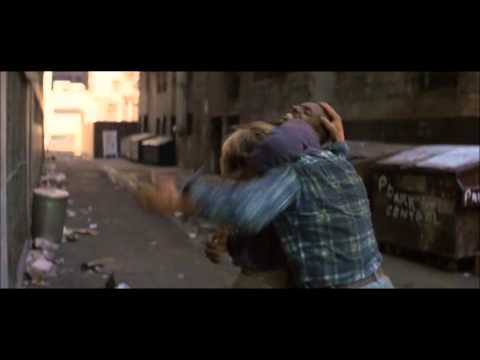 Guys, this is all borderline conspiracy stuff. Everyone on this forum will be long gone before any inkling of dangerous AI will exist. And who’s to say if it’ll ever get to that point before humans destroy themselves or a meteor/super volcano kills us all.

Anything you see in the public forum today with regards to new technology, I’m fairly confident that it’s been developed and patented at least two decades prior.

Conspiracy?. I’m not so sure…