Assault weapon ban. How many times do we need to try this? 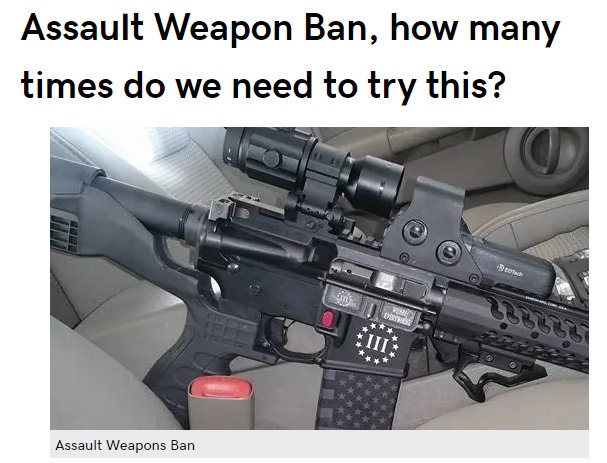 The answer for the commies is;
“until we succeed in disarming all American citizens”

Or till we physically remove & imprison every libtard asshat in office. 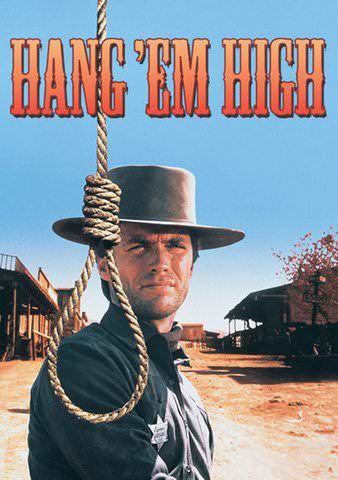 Weapons are weapons. I hate the term “assault weapons”.

I prefer tools of mass protection…

I have a question. Since this has been done before, if it is done again, what rifle/handgun parts will we or won’t we be able to buy/order individually?

I prefer Firearm after all what is an Assault Weapon ? for that matter what is a Weapon ?

I have a question. Since this has been done before, if it is done again, what rifle/handgun parts will we or won’t we be able to buy/order individually?

From 1994 to 2004, the main restriction on what you could buy, was that you could not buy everything new, already assembled in the ‘banned configuration’. You could buy AR-15s, but they weren’t called AR-15s (manufacturer had to come up with new model names to engrave on them), and you could not buy them with all the ‘assault features’ installed (barrel usually did not have a threaded muzzle or bayonet lug, so no flash hider or pointy things on the end).

However, there were still spare parts made for the ‘pre-ban’ rifles, so it was theoretically possible that people could buy a new rifle that looked like an AR-15 with a plain muzzle, then buy a replacement barrel with a threaded muzzle and a flash hider. What could happen after those parts ended up in the same place, is anybody’s guess, but it would have definitely been illegal for the replacement barrel to have ended up on the rifle before the ban expired in 2004.

This is just part of why the ban was such an idiotic waste of time. It was nothing more than a symbolic gesture, as compliance was really not much more than an honor system matter, and there were still guns available with the same ‘firepower’ but missing a few features. The magazine limit was more problematic, but there were some workarounds for that.

Of course, this led to the gun banners stamping their feet and claiming that the industry was exploiting “loopholes” in the law, when the industry was simply complying with the law. Some individuals may have been… bending the rules with replacement parts, but that just demonstrated the simple fact that while the industry can be monitored and regulated, ensuring that individuals follow gun laws is just as difficult (and maybe more difficult, given where attention tends to be focused) than trying to get criminals to follow gun laws.

The big questions for a new ban, if the gun banners somehow get one passed at the federal level, is how far they will go in limiting what is legal, and whether or not they will decide that ‘pre-ban’ guns will have to be confiscated. Confiscation would be harder to get passed, and would bring in Constitutional issues on seizure of private property, so taking things that far, would reduce their odds of getting any form of ban passed (though some of the democrat presidential candidates seem to think they can successfully go that far).

Feinstein has been introducing new ‘assault weapon ban’ legislation at every opportunity since 2004. She has included lessons learned with how the industry dealt with the 1994 ban, and with how the industry has created ‘California compliant’ rifles to deal with the California state ban (which is occasionally updated to ban new products that were created to comply with each previous version of the state ban). This makes it something of a moving target, on what would be required to comply with any new ban. Even England has not made AR-15s completely illegal, as it is possible to buy an AR-15 there, as long as it does not have any of the gas system components (which leaves it in a configuration where the bolt has to be manually cycled). There may be an attempt to ban replacement parts, to prevent at least part of what was going on from 1994 to 2004, but like confiscation, adding that to a ban effort will make the legislation a bit harder to get passed.

If you are concerned about your budget, and are looking at what to buy to set aside for the possibility of new gun control laws, magazines and ammo seem to be the best areas to start with. A magazine capacity limit, and limits on how much ammo you can buy, are things that the gun banners have been working on separately from ‘assault weapon’ bans. They do seem to understand that even an M-16 isn’t really much more than a club, if you can’t find magazines and ammo for it.

Thanks @JPN That explained a lot

I wonder if these people who commit these mass murders are pro gun control. I don’t much believe in the government involvement in them to push an agenda but I do think some individuals would do it to try and make some disgusting point.

Seems a lot of them are far left mentally unstable people.

I wonder if these people who commit these mass murders are pro gun control. I don’t much believe in the government involvement in them to push an agenda but I do think some individuals would do it to try and make some disgusting point.

New Zealand shooter’s manifesto stated that he chose to use a gun, because he wanted the government to crack down on gun owners. Seems he thought this would accelerate things toward people deciding it was time to burn everything down.

There have been incidents of leftists faking hate crimes, to make a point. There was also that Bernie campaign volunteer that showed up at the Congressional baseball practice, asked if it was democrats or republicans practicing on the field, then started shooting at republicans. There have been ‘journalists’ and bloggers/vloggers that did illegal stuff with guns, just to show how easy it is to do (claiming our gun laws need to be more strict).

Given everything that has been confirmed, it’s not that great a leap to think that some of them would start shooting, just to make a point about needing a gun ban.

Feinstein's Assault Weapons Ban of 2021 is important to understand because it will affect your rights. Understand what it is and how it affects you.

There have been incidents of faking NZ shooting videos