At its roots America really is not that different than England

Basically I have become less of a bigot towards England and instead have became empathetic. We are going down the same path and if we just look far enough back you can see America’s roots. Cant say im a big fan much after about 1750 though but before that the culture was pretty amazing.

Trained bands or “Trayned bands” were athing in the later Tuder era/Elizabethan era of England and they operated similar to America’s militias. Germanys(HRE) militias of the free cities were very similar too although they seemed to like fighting more than England. Citizens volunteered to do gaurd duty and were assigned parts of the wall to gaurd. They also acted as emergency services such as firefighting, ironically enough polearms were the assualt rifles of the day but were also a firefighters main tool, with no water they had to rely on busting down and smothering the fires. Anyhow trained patriotic militias were in America’s blood before we were a country and citizens served thier communies proudly.

Trainbands or Trained Bands were companies of militia in England or the Americas, first organized in the 16th century and dissolved in the 18th. The term was used after this time to describe the London militia. In the early American colonies the trainband was the most basic tactical unit. However, no standard company size existed and variations were wide. As population grew these companies were organized into regiments to allow better management. But trainbands were not combat u The exact deri...

Then theres the English bill of rights that while much different still obviously influenced Americas founders. This book while academic also gives off a somewhat lefty vibe at times but the info is invaluable if you approach it with an understanding of the context and awareness to the authors personal bias. 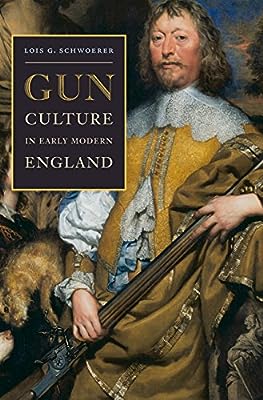 This guy did a good write up on the book, much better than I could have.

"Gun violence, gun control, toy guns and all that goes back centuries. A fascinating history.

This is an academic study, so it may not be to all readers’ tastes. It is excellently written. The obvious question is, does this book have any interest for Americans and the contentious issues of gun rights. The author covers the English 1689 Bill of Rights, which has an article allowing subjects to own guns. However, it was for Protestants and subject to considerable regulation such as a property requirement. So yes, Englishmen and women had the right to own guns, and yes, it was subject to government regulation. So the author concludes the article in the 1689 document does not have a relationship to the American Constitutional document. I’m not sure she makes her point fully.

The book has lots of fascinating history, including incidents of guns used in murder (the first English murder by gun was apparently in 1537), suicide, loss of life by gun accident and in 1620 a shooter shot at passersby from a window–my point in mentioning these is that gun violence is not just modern. The was concern over a small, concealable weapon called a “dag.” The famous/ infamous Henry VIII collected guns, owning 113 harquebuses, 29 halves (a lighter gun), 44 handguns and 4 dags. Guns could be objects of art and were considered excellent presents.

More odds and ends. A law in 1514 restricted “handgonnes” to persons–male persons–having a yearly income of 300 marks (substantial income). There were women in the gun makers guild, mostly widows of male members–and some women trained male assistants, something that indicates women’s roles were rather more flexible than often thought.

The book has chapters on guns as fashion, women and guns, gun makers, the Ordnance Office, and most interesting to me, “Child’s Play,” a section of toy guns."

The Bill of Rights 1689, also known as the Bill of Rights 1688,[nb 2] is a landmark Act in the constitutional law of England that sets out certain basic civil rights and clarifies who would be next to inherit the Crown. It received the Royal Assent on 16 December 1689 and is a restatement in statutory form of the Declaration of Right presented by the Convention Parliament to William III and Mary II in February 1689, inviting them to become joint sovereigns of England. The Bill of Rights lays down...

Yes, learning history will have that effect for a great many things

I applaud your efforts, you are your best asset, pour into yourself all you can

you are worth it

But he that knew not, and did commit things worthy of stripes, shall be beaten with few stripes. For unto whomsoever much is given, of him shall be much required: and to whom men have committed much, of him they will ask the more.

What the education system here in America teaches in history classes is pretty bias against England. I even learned about the word “limey” from a book I found in the 3rd grade library as a kid. Poor crumpet munchers cant catch a break.

Much of our laws were derived from English Common Law. There is one state that doesn’t use it and that’s Louisiana. Their law has roots in Napoleonic Law.

I did not know that about Louisiana, Damn cajuns

Then theres the English bill of rights that while much different still obviously influenced Americas founders.

I have read a book about this too. It did heavily influence our 2nd amendment. However their bill of rights was not in a constitution. It was a monarchist decree that in the end was undone by a later monarch. Our constitution requires the people’s consent to change. Our rights are not limited by a monarchy like theirs were.

The right to bear also can be traced back to the Roman Empire.

Our constitution requires the people’s consent to change. Our rights are not limited by a monarchy like theirs were.

The right to bear also can be traced back to the Roman Empire.

I agree although our constitution failed just as easily and it was tyrants just the same.

Also, I would say it definitly could be traced back to Rome and even further back and more influenced by ancient Greece.

The Greeks and the Founding Fathers - Goldwater Institute

“America’s Founding Fathers weren’t building from scratch. They were deeply versed in the philosophy, culture, and history of the ancient world. They studied Aristotle’s explanation of the role of law in society, Plato’s arguments about the weaknesses of democracy, and Epicurus’s ideas about the pursuit of happiness in life.” Constitution of the United Kingdom

The Constitution of the United Kingdom is a set of laws and rules in the United Kingdom that governs how the country is organized and the basic rights and freedoms of the people. The UK's constitution is not written in one single document like many other countries' are. In fact, the UK's constitution is not completely written down at all. Some of it can be found in writing, starting with the Magna Carta of 1215 and the Bill of Rights Act 1689 and including more modern Acts of Parliament. Other p...

Joe, our rights come to us by a much higher authority than man and definitely not from the go’vermin. The Constitution and Bill of Rights merely spell them out. At the time they thought it was so obvious that they almost didn’t write the Bill of Rights. It’s up to us to keep them if the go’vermin decides to separate them from us. Much like what happened in 1776.

I agree that its not the same as ours , I was just saying its easy to see the influence a. We perfected thier ideas although we failed in execution in the long run.

Will history repeat itself in American government?

The Liberty of Ancients Compared with that of Moderns

"The Liberty of Ancients Compared with that of Moderns" is an essay by Benjamin Constant, which is a transcript of a speech of the same name made at the Royal Athenaeum of Paris in 1819. In the essay, Constant discusses two different conceptions of freedom: One held by "the Ancients", particularly by those in Classical Greece; the other held by members of modern societies. The essay has been highly influential, having been among others cited by Isaiah Berlin as an inspiration for much of his w Fo...