Back up parts for your on the go rifle!

Hey everyone!
So everyone knows that the AR-15 is a respectable firearm and with that said I have seen and I have experience a failure or two. With that in mind I wanted to see what you guys think of carrying backup parts. For example I have a extra complete bolt and firing pin stowed in the grip! 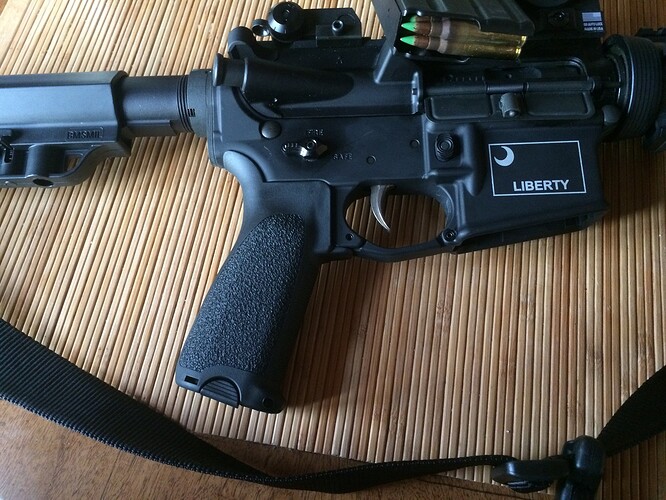 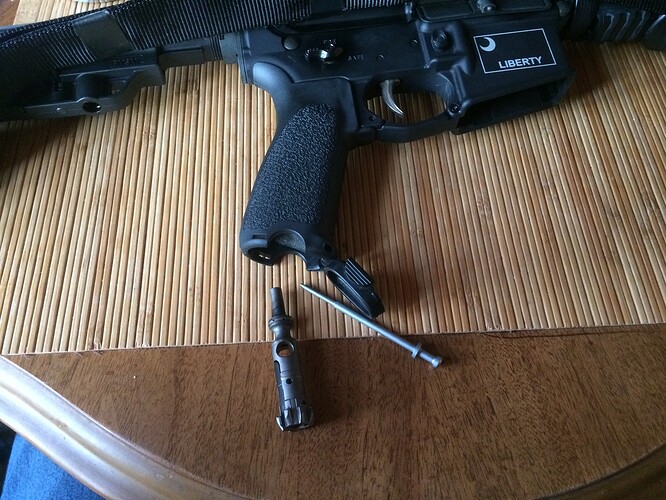 image1154×866 336 KB
This grip is a BCM mod3. The retention on the trap door is really tight and has a rubber liner. There is a small piece of foam to stop them from rattling. Both the pin and bolt have been treated with frog lube.
Magpul also has an interesting offering with a base plate for the bolt and firing pin. They work ok in my opinion. 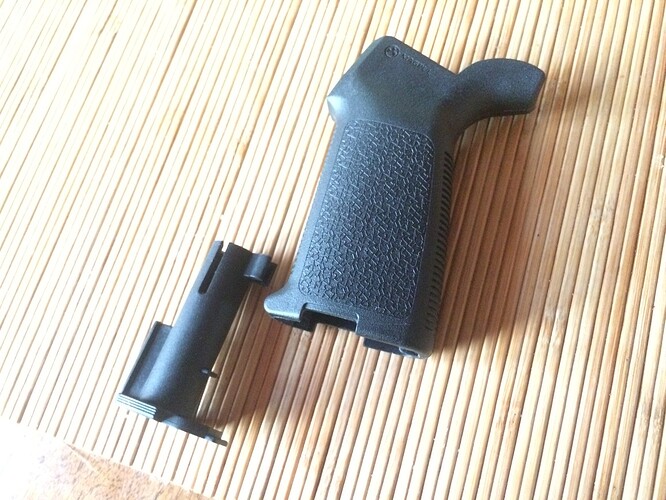 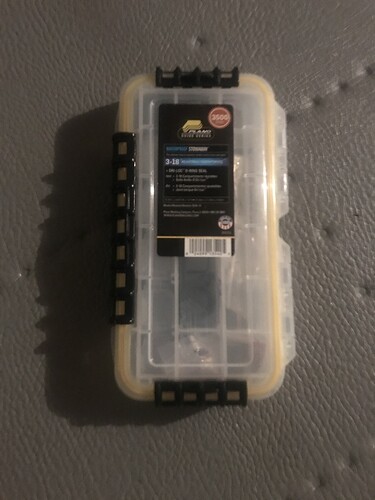 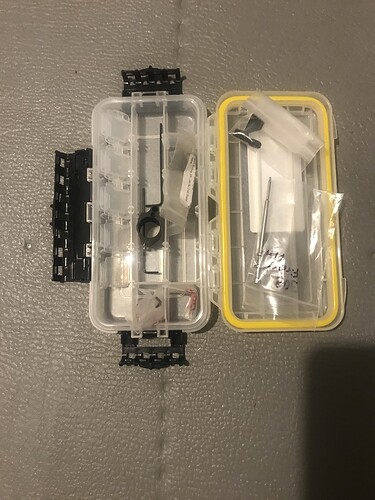 I like these little Plano boxes, carry it in the range bag.

I carry a full BCG in my range bag, but you could always have an spare in a bug-out bag or wherever you like, they’re small enough.

Awesome idea. Those are cheap, easy, and keep everything organized.

Great idea. It is far more easy to throw in a whole new carrier than just a bolt.

Sad but true. After thousands and thousands of rounds of 7.62x39 and 5.45x39 I can honestly say that I have to this day not had a failure with a AK platform, but I have seen it happen. The guy never cleaned it…EVER. When t took it apart for him I found a rock! Yes a small rock jammed behind the extractor along with massive amounts of carbon build up. That was 7 years ago. The guy still runs it, and I’m pretty sure he still hasn’t cleaned it since.

Murphy sez the part you need will seldom be the ones you have on hand.

Parts in a trap door hand grip?
Smart.
And why I prefer the original stocks with the trap door and cleaning kit 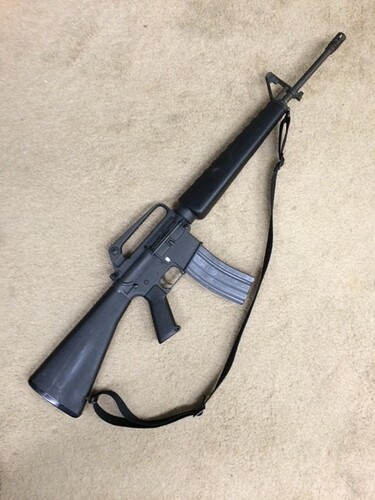 True, you can only prepare for so much before you start to tax yourself.

Nice A1 Brother! I love those!

Only back up part I see a need to have on hand for the AK is a firing pin and possibly hammer spring. One think I can say for my AK is that it has never needed a part replaced because of failure and it’s a older Russian made one (prior to the ban crap) that has seen thousands of rounds.

As much as I love my AR’s and AR based rifles I own, they have had failures that required replacement parts already.

I did not see this thread untail just now lol
Anyways, I carry a bottle of lube in the grip which is all I really need quick access too and possibly a couple batteries. Maybe I have better luck with AR15s but on quality rifles (LMT ,BCM, Colt etc) I have never had a part just break unless its getting worn out. My Colt 6920 went over a thousand rounds in two days at a carbine course, I lubed it at 3-500 rounds. In a go bag I would take 2 complete BCGs, a spring kit and an extra bolt or two. I will go over whats in my little kit in a bit but honestly any quality AR will go thousands of rounds before parts break.
As I always say ,I am an AR15 fanboy but simply put , the AK is more Hardy, Thats its thing. The AR15 kind of counters that by being modular and a lot easier to work on in the field, I can literally repair or even build…errr…I mean “assemble” an AR anywhere at anytime.

Ar15s are still pretty reliable and durable they just dont hold the crown in terms of ruggedness.
https://forum.full30.com/t/for-those-who-say

All bias aside, I do think the AK is probably better for a non-dedicated user, as in somebody not willing or unable to spend a couple dozen hours going over the platform and learning the controls and maintenance needs. Me myself , with a small basic parts kit , am pretty confident I could keep my rifles going untail I run out of ammo and much longer.

Thank you Brother. I just want to at least get more people in the maintenance frame of mind. Murphy’s law is always right around the corner.

Never seen this one before either
Having fired a ak for decades now
The main issue for failures are firing pins extractors and honestly Sheppard’s krooks
These are all relatively small parts and will fit in a plastic baggie Ann can go basically anywhere
While being a robust rifle and not needing to be maintained all the time like some other rifles I know
It’s a machine it will break
I’ve seen hammers not heat treated properly shatter recoil springs blow out from over gassing
I keep a small container in my range bag and bug out bags of basic parts
That being said the akm only has 16 parts versus 120 something
Just my .02

Well ARs dont really take that much maintenance and will go thousands of rounds issue free but they are not AKs, if thats what youre trying to say.

Makes sense, ive also posted articles from guys who have pushed AR15s over 10k with no parts breaking. My Colt 6920 is at over 7k with no parts having been replaced although I did swap gas rings the other day because the rings were looking questionable. Ive literally never cleaned it (outside of a boresnake) but once a few hundred rounds ago, i just lube it every 500 rounds
Ive ran that rifle as hard as most guys run their AK including mag dumps, shot over 1k in two days, its hit barriers hard, hit the ground hard etc etc. If an AR cant go a few thousand rounds without replacing parts then there is an issue with the rifle or end user.
ARs definitly have a lot more parts but make up for it with modularity and serviceability. 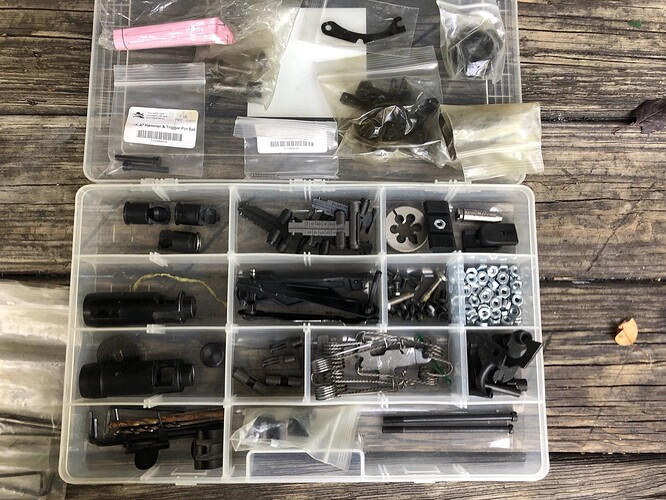 That is in your go bag? I keep something a lot smaller in mine but I have a general repair kit with more to it.