At least six new bills have been introduced in the U.S. House by Democrats eager to ban types of guns, restrict sales and fund technology to track and immobilize firearms.

Throwing spaghetti at the wall to see what sticks unfortunately, and one of them just might.

It’s up to us to make sure that doesn’t happen.

But… challenges would possibly be brought to Supreme court, and that is where Ginsburg’s position is key. I have heard the dems are keeping her in a coma until 2020 elections so Trump can’t nominate someone for her seat. I myself didnt search around to see if coma statement is true, but i wouldnt put it past them.

Not certain whats more uneasy about that comment, that it was made…or sounds plausible…

Due to what i said above, i think we should be focusing not only on fighting those bills, but also on finding out if keeping Ginsburg “on ice” is inhumane, immoral, woman abuse, etc. And fighting for that to end.

With a nomination of another constitutional justice we will have a better chance of overturning whatever may stick from these new bills.

Why do you think the Ginsburg stories are kept quiet?

I kinda think she’s already dead. They’re just pulling some kind of Weekend at Bernie’s hoax on us.

There are several, as @Robert suggests, plausible ideas as far as RBG goes, but the Dems are having a “chinese fire drill” trying to author a bill, hoping to create a shotgun pattern that may work. Similar to the spaghetti idea.

There are several, as @Robert suggests, plausible ideas as far as RBG goes, but the Dems are having a “chinese fire drill” trying to author a bill, hoping to create a shotgun pattern that may work. Similar to the spaghetti idea.

Right. I am just trying to point out that another reason this may be happening is misdirection. Have all “gun nuts” focus on fighting the many anti-gun bills so they dont pay any attention to this little, quiet, and unimportant Ginsburg thing.

Point well taken. The vast amount of ignorance demonstrated by politicians is breath-taking. 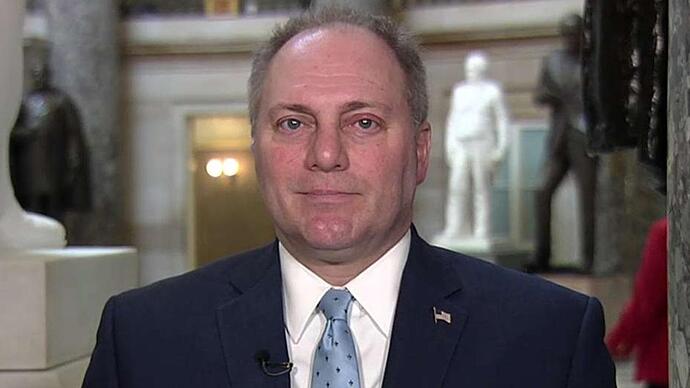 House Republican Whip Steve Scalise, R-La., said Wednesday that House Judiciary Democrats refused to allow him to testify at a hearing on gun violence about his experience as a victim of the 2017 congressional baseball practice shooting -- a move...

EVERYONE needs to keep up on this.
Democrapes are aware the the GPO is not posting the text of these bills online for US to see because of the shutdown issues.
They are sneaking anti firearms legislation into bills that you would not expect to find the subject interjected into.
HR 1115 is a perfect example.
[H.R. 1115 To amend the Consumer Product Safety Act to remove the exclusion of pistols, revolvers, and other firearms from the definition of consumer product in order to permit the issuance of safety standards for such articles by the Consumer Product Safety Commission.]

Can you imagine if firearms were under the control of the Consumer Protection Agency?
OMG
These are the folks that forced diagrams on small screwdriver sets telling people not to insert them up the anus or into your eyes.
No Shit either I had a set from Harbor Freight with the diagrams.
These were warnings on packaging until congress or some other hierarchy pointed out how ludicrous they were.

POPVOX as mentioned by IraqVeteran8888 in one of the videos is great place to stay informed of Federal Bills proposed.
One day they may be able to get State bills up and running as well.
If we get lax then they will slip one through the cracks and we will pay dearly for it.