In Arkysaw if they are in your house, you can shoot them whether they are armed or not.

What a bunch of good arguments on accessories.

“In Arkysaw if they are in your house, you can shoot them whether they are armed or not.”

@Belt-Fed. Yep. Wyoming too, even if it is a Cop that didn’t ID himself.

Once had some trespassers get mad because we ran them off. Turns out they called the cops and claimed we shot at them. Later that day I found 2 men (plainclothes) in the front yard, one was even trying see in a window without losing a quart of blood due to the thornies. I was armed as usual, saw that both had shields on their belts, and the one that was covering the other with his weapon at low ready, so before stepping out into view I said “Can I help you Officers?”
They both turned and must have thought I was unarmed when I stepped out apparently, because the weapon was holstered immediately, and the peeping Tom had the decency to turn red. The matter was cleared up quickly by their going to the neighbor’s place to verify what I had told them. The neighbor had been out there too because the four wheelers had also trespassed on his place, but they never saw him coming towards us, but I had. Anyway our stories matched, and the trespassers were known miscreants so that was the end of it. But it got me wondering and I asked what the rules were in different situations. They claimed they had tried the front door without an answer first. The security cameras showed that to be true so their actions were justified given they were investigating a shooting incident. Now if they had forced entry without cause and got shot well that’s a whole 'nother story.

The next time we had to do that it was for poachers, and we called them first. Seems the poachers wanted help to get their truck back from us, and called in while we had the SO on the line reporting we had some poachers truck on our property. We weren’t armed by the time they rolled up, and that’s been SOP for us now, anything happens, we call it in. Then we disarm when we see that they’re almost on scene.

Just a preference on fluted barrel, i would get M lok, i have both and both are fine but more stuff for m lok now. Used to be the other way around.

Fluted barrel or no 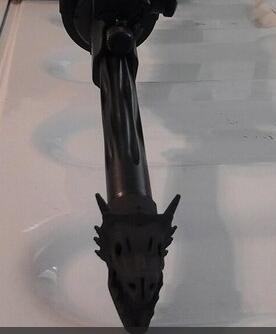 Let’s start with what you want to do with it . . . what is your primary purpose for it? Then let’s consider barrel length and whether this will be a (braced) “pistol” under 16" barrel, or a “rifle” with 16" or longer barrel. A lot of the rest will fall out from those two considerations.

I’ve built two pistol lowers starting with stripped lowers, and bought two complete uppers. Just started project #3 with building the upper now and will acquire the parts for the lower to mate with it when it’s done and proofed on one of the current lowers. Starting with a bucket of parts on the first go took me an evening - a little more than two hours as there’s a learning curve - but it wasn’t much longer than that.

BCM has a good reputation. Keeping total cost under $2k including some basic tools if you’re building up a lower or upper should be easy.

For your first gun, get parts that are standard materials and dimensions, but from reputable companies. This gives you a reference to compare to, so you can understand what upgrades can give you. (It can also help you stay out of legal trouble, since there are some gotchas with short-barreled ARs.) It also helps you avoid overspending on all the meaningless or incompatible stuff, and you start off with something that works.

you just don’t start shooting people in the dark. you may kill a family member.

That is the biggest BS quote that everyone says.
If you walk around your house armed all the time, then maybe you need to get an alarm system.

You stalk your house with white light, and the op4 will know where you are at. It comes down to who has the faster reflexes.

Even when we had kids in the house, we knew where everyone was at all times. Thats what you do with kids.

BTW ever heard of the password challenge?
You say one word, if the other does not answer, blast away in the dark, your muzzle flash will show them going down.

This is how we did it in Nam and on the iron curtain.

If there is anyone in our compound besides my wife and I, they are dead period. Sorry Copper, you should not have B&Ed the wrong house.

Reaction time is what saves your bacon.

You stalk your house with white light, and the op4 will know where you are at. It comes down to who has the faster reflexes.

You’re right… NV for everybody.

While we have lights, white, red and green, they are on the belt. When we patrol we do it with IR and sweeping (practice) too. Never had to sweep in the house yet. Dogs…

Right to Bear’s Deal of the Day: 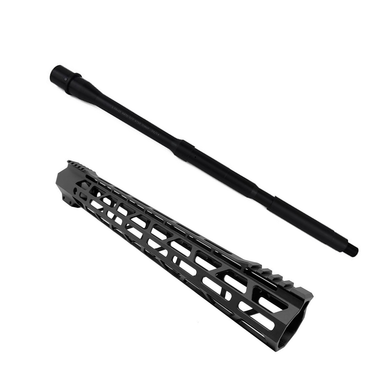 Veteran-owned and operated, we utilize a live inventory system to give you the latest and best in replacement AR-15 parts and accessory upgrades as well as Glocks. Choose from the most reputable brands to build an AR-15 or Glock pistol that's...

If there is anyone in our compound besides my wife and I, they are dead period.

That could get someone in trouble too, depending. The presumption of self-defense for home intrusions only works because there is an assumption that the lives of those inside are threatened. If it’s just an unarmed drunk who stumbled into the wrong house by accident, especially if through an unlocked door, and collapsed on the couch, a jury would likely convict.

I lean in favor of a quick flash for PID.

On topic of question asked: good budget to be starting with. Things to consider.

Now back to the sidetrack of thread: Single point slings there might be a reason they have been around and used by the U.S. military for over 100 years… they work in certain places and ways.

If using a non- breakaway sling you might want to rethink it. Just like ones using 550 cord outer layer for I.D. tags.

White light after the fighting starts everyone knows your there. Might be a reason the US and other countries use them. To include Spec-Ops Forces, there is filtering lenses and lens caps for them… But we need to know and keep a open mind… T.T.T.P’s change with experience. Sadly many people think tactics used in Iraq and Afghanistan are new but these are not the same tactics was used here over 240 years ago. But someone making themselves as a the know it all grabs books and manuals from the past changes order and some words then takes credit for it.
The “EFP” was used in WW2 even but known as shaped charge. New all knowing tactical guru. But no credit to the real source of knowledge…

I might have a white light and I.R. Surefire weapons lights next to me now and a AR with a thermal sight too.
I highly don’t recommend firing up a smoke or light in low light. A known thing since before WW1 shoot the match/ lighter, cigarette… especially when the smoker inhales it lights up the face… aiming point. Not to mention that a smoker or cigarette can be smelled 100s of yards out. With thermal sights mile(s) away.
Many of the NCO’s I had was V.N. Vet’s when I was a young soldier to SGT. FYI… I was 11B in Light Infantry Div.
No axe to grind just some perspective.

That is the biggest BS quote that everyone says.
If you walk around your house armed all the time, then maybe you need to get an alarm system.

You apparently didn’t read my whole post, what about momentary switches did you not see.
but all of us can’t hit dimes at 1000 yards with open sights like you so, we are neophytes at best compared to your greatness.

At my house if the dog is chewing on you your going to get shot too. No kids at home and it is just my wife and I.