I posted this on other forums, but since I just joined Full30 forums I figured to post it here as well.
I have worked on this 92FS before (Trigger guard rounding, checkering, etc) and replaced the grips to make the grip a little more comfortable, but even after putting Ultra Thin grips on my 92FS I felt I needed a smaller grip profile.

It is not that my hands are small, but I think they are meaty enough to give me problems with larger grips.

In any case, I decided to look into Vertecs. Per recommendation on Beretta Forum I tried looking locally for a forum member with a Vertec so we can meet at a range where I can try out their Vertec. A new acquaintance was made (very cool guy, Marine, and currently LE) and I got to try his Vertec in action.

Loved it. Having been looking at pictures of Vertec grip profile for a while I figured how the conversion would need to go and finally decided to act. Used files. 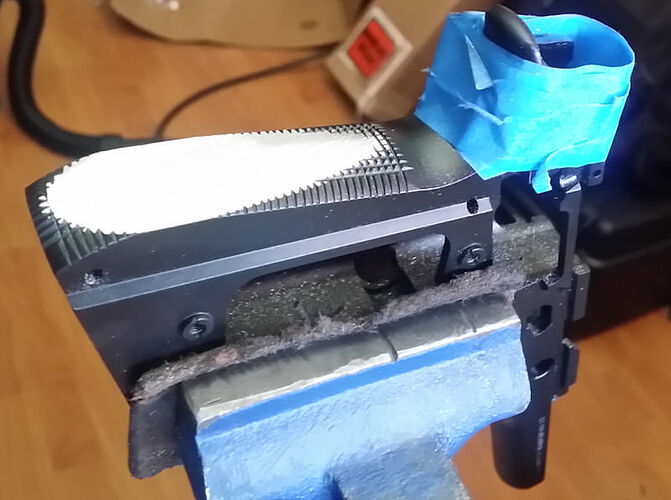 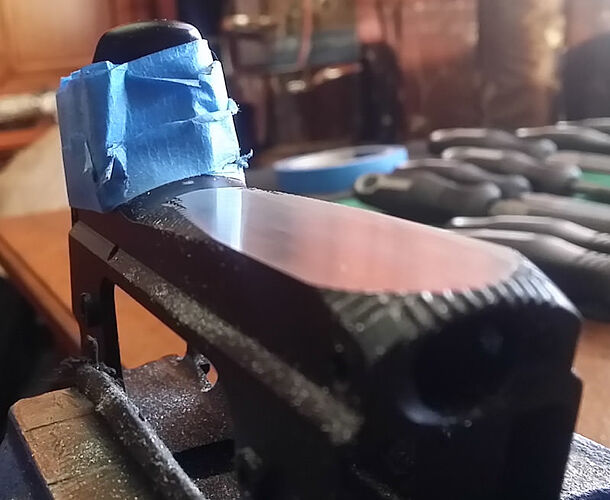 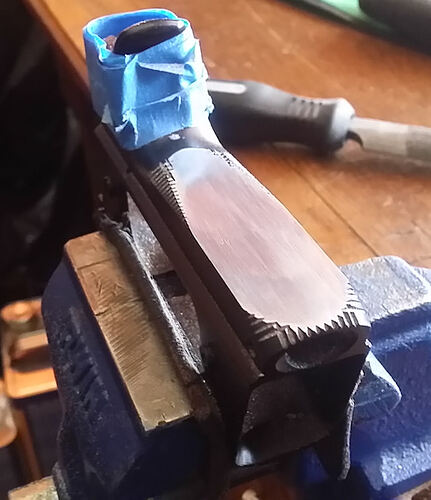 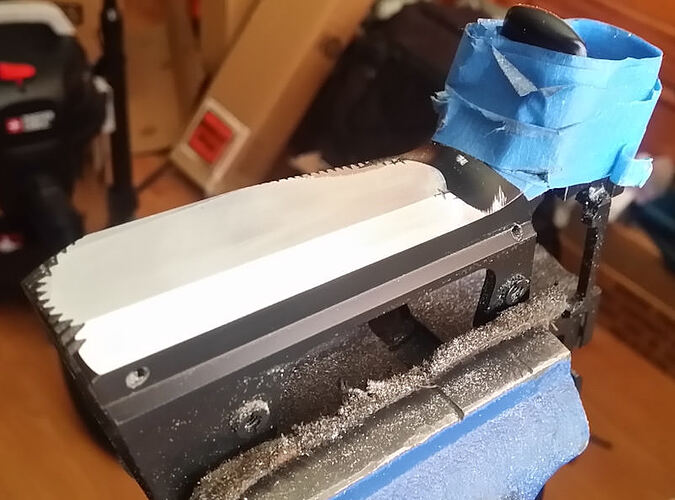 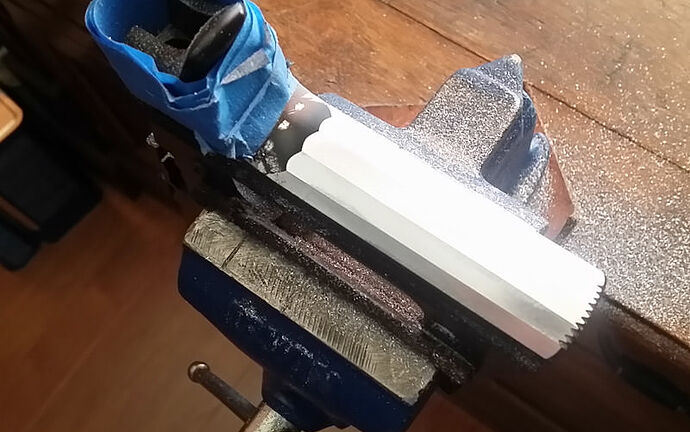 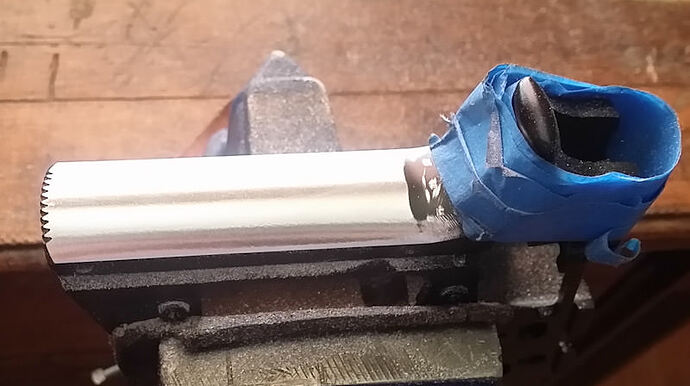 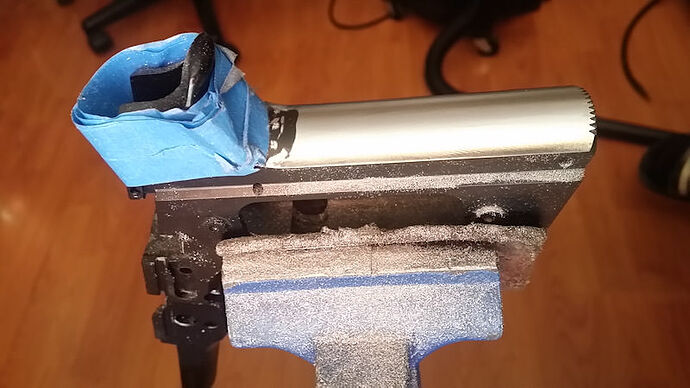 This was pretty simple actually.

Haven’t sanded it yet either. This is just file work.

Just tried on the M9A3 grip to check the radius. Grip went on a little tight… but I haven’t sanded the rear of the frame yet so I assume it will be a little more spot on. 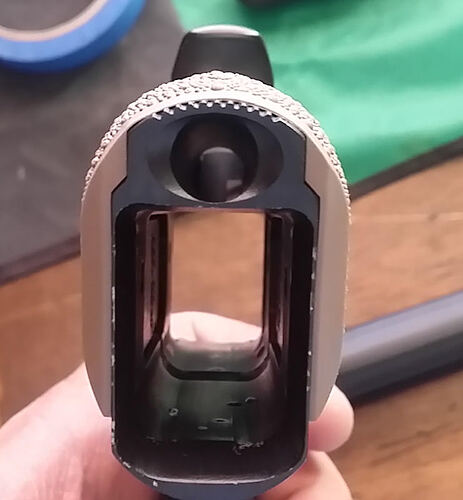 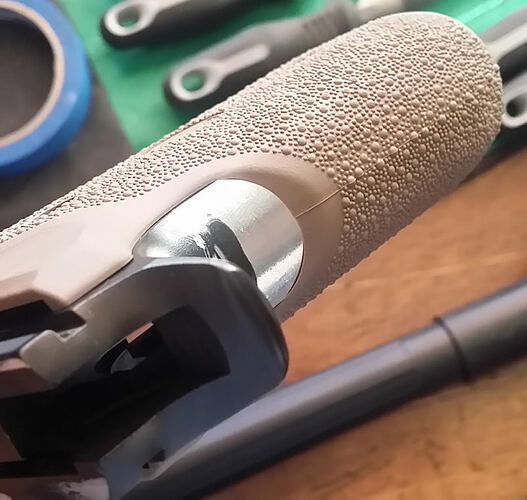 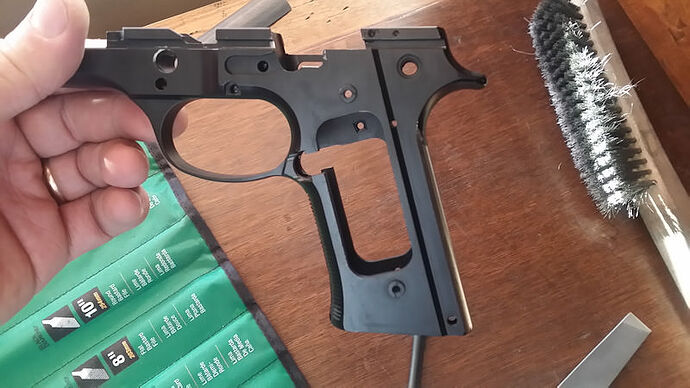 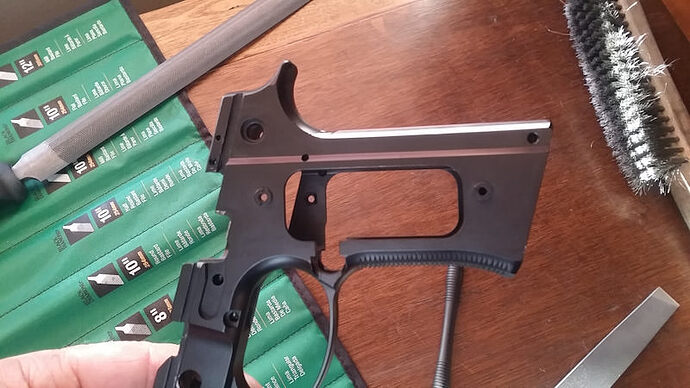 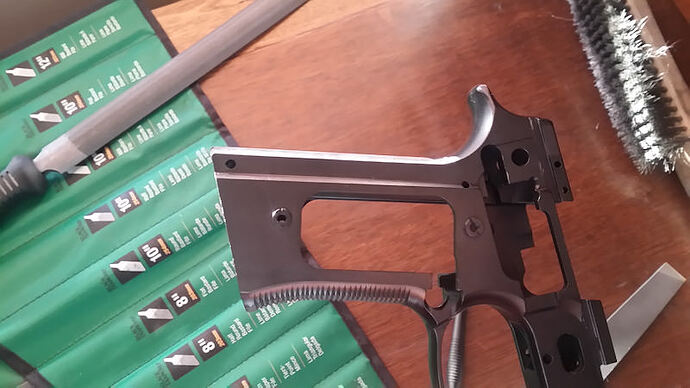 I just sanded it down…also will take the bottom “droop” of the beavertail off. 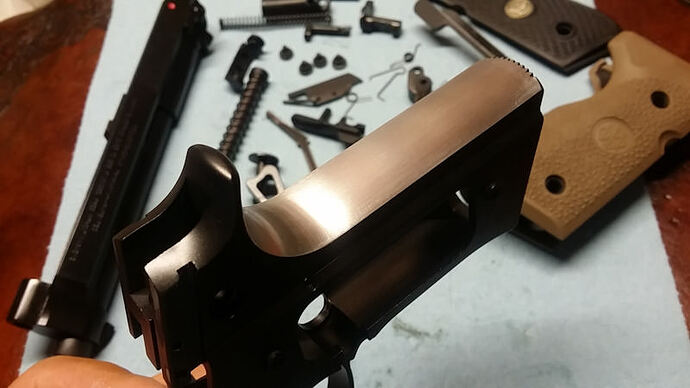 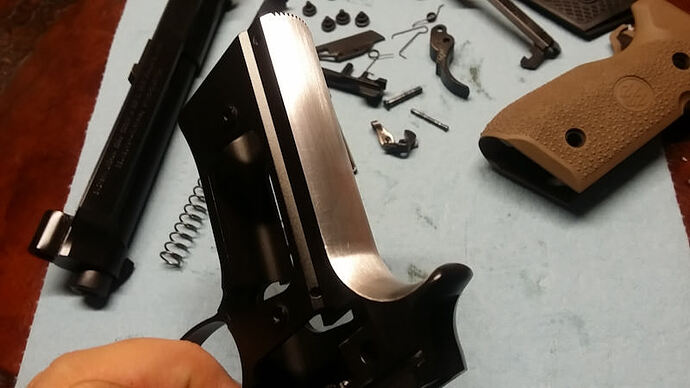 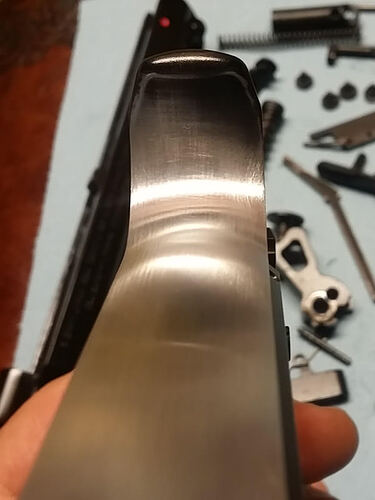 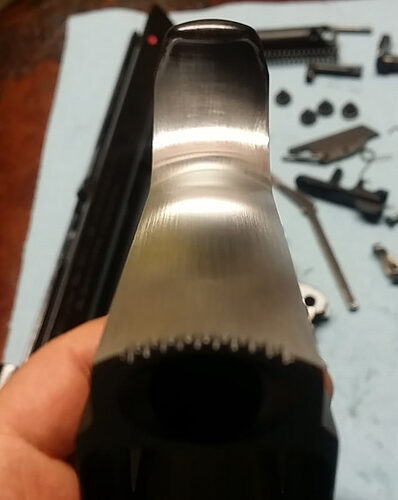 You can see the “droop”, right? 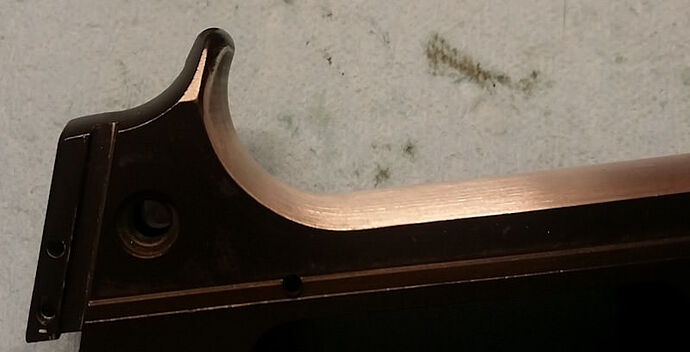 Per recommendation on Beretta Forum, 25LPI was selected for checkering. This is to ensure I don’t cut through into the mainspring hole. 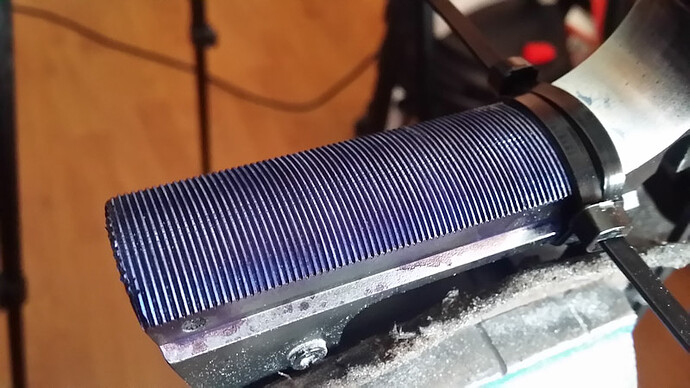 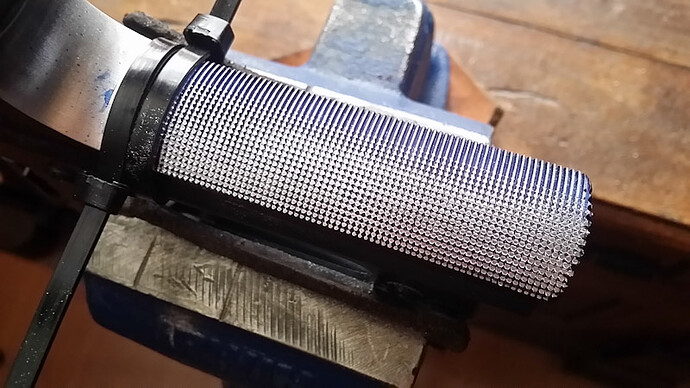 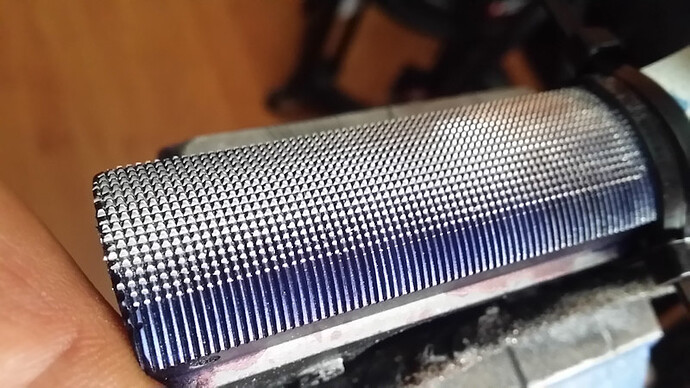 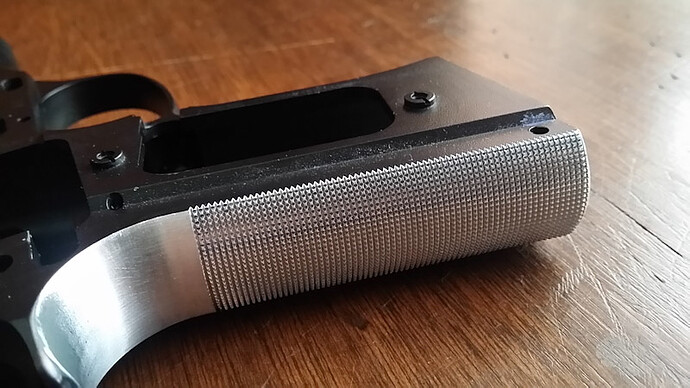 There are 2 videos on Youtube for this conversion, but I think the pictures show the process pretty well.

Now i just need to decide which finish to go with and… finish.

Thank you for looking.

Look. At the sake of sounding like a prepper which I am not… Well kind of sort of somewhat. There is a reason why the military cross trains and only uses one brand at a time. Hell when I was in at the time people could still not grasp how the M16 shot and it was all uniform except for the parts. You should be able to hit the target within three rounds at 25 yards after picking up another weapon of the same. Well I bought a brand new Beretta 92 FS to replace an older Beretta that I used as a service weapon but noticed it is less about the slide as it is about the slide spring to shoot higher pressure Ammo constantly. Even though I can shoot NATO Rounds or +P or even +P+ in the FS it really needs a new slide spring to handle the recoil. It will still shoot the lower charges like it unless it is really dirty and fouled up which it should never stay after a day on the range, right?

For all of my “tac” guns I leave them totally basic to at least fire NATO rounds safely. I want to be able to have a screw driver and pair of pliers and replace springs or anything else and not miss my aim within three shots. plus half the fun of shooting is compensating for different firearms that you shoot.

Competition shooting is a little different though.

I can shoot a stock beretta just fine. This was more of a “I know there is a different grip profile, I want to see how it feels, and now that I like it I will go ahead and modify mine”. With the stock beretta grip I simply have to readjust my grip once in a while. With this one I think I will not need to.

Just sharing how the modification can be made with simple tools.

It is your gun so modify away. I do on some of mine. I usually don’t on my when SHTF guns like my ARs and Semi auto handguns. But those are my go to guns if S ever HTF s LOL. My .22s of the same style neither and not modified either. But I have a few .22 single actions that I have modified and one rifle.

I will say one thing though that the Army went from the M1911 to the M9 that has that infamous curve on the backside of the strap. It took a while for the folks to get used to it. The M9 even in the early '90s was not going over so good with older, higher up NCOs and higher ranking officers because of width of the grips while taking a stacked mag and the hump. Hell I have long fingers and still find it a reach after shooting my Remington R1. Shooting with one hand the M1911 has the M9 beat but two handed the extra 7 rounds is nice. I got used to both in Korea just because you had to qualify on both. Any ammo that was left you could shoot liek you are supposed too with both hands, on handed or eve using your boots if you were safe.

I kind of fell in love with working on firearms.
Started building 1911s, restoring some poorly kept or sporterized military rifles and handguns, etc.

It is just what I enjoy doing.

Since the frame was away and I was still unhappy with the plastic Vertec Grips, I decided to modify the Wilson Combat 92 FS G10 grips I had on my Beretta. 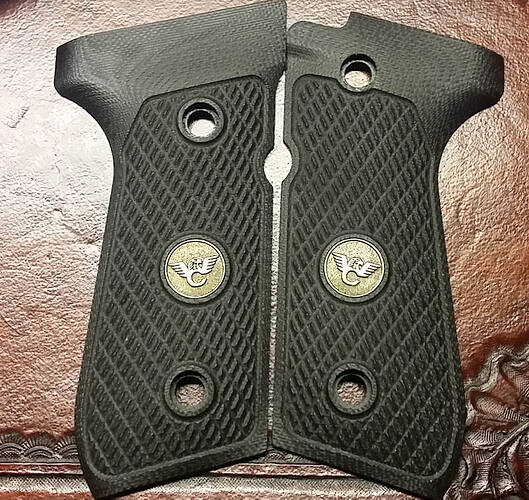 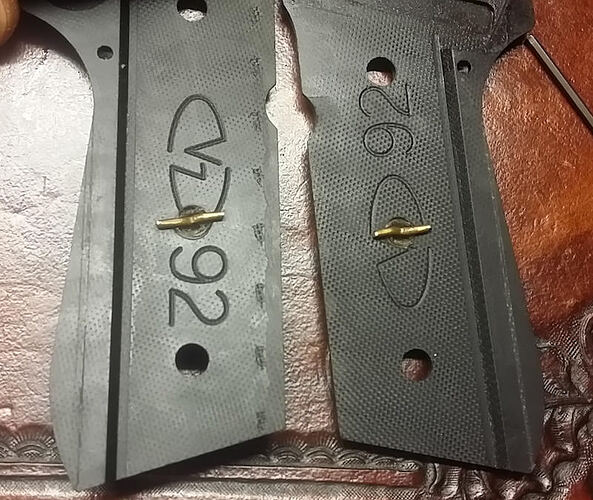 Cut off and filed straight 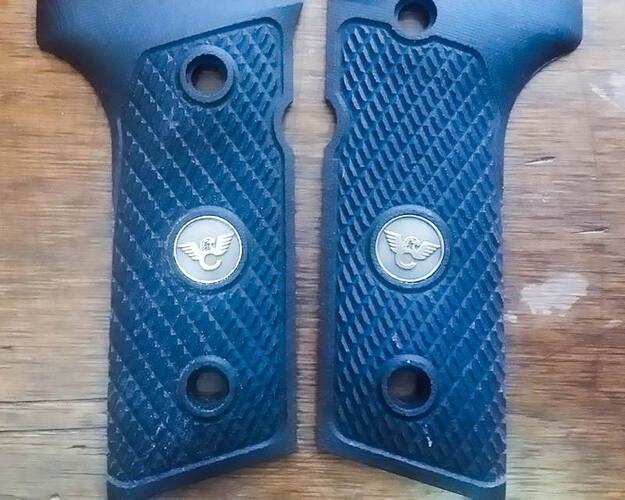 Beveled the rear to blend into the shape 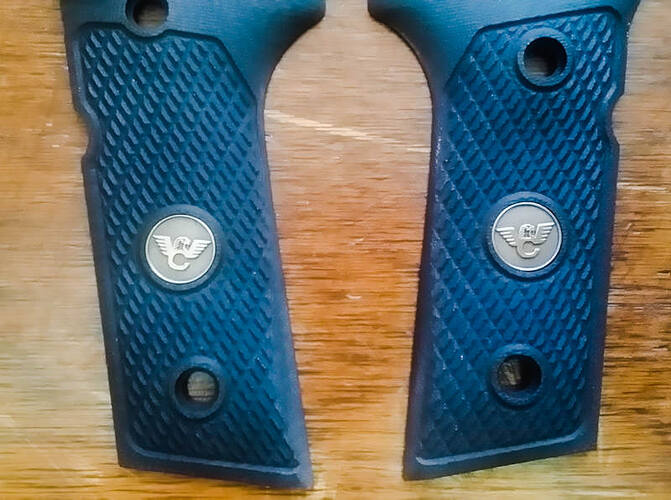 Filed new border with a diamond round needle file seen in the picture. 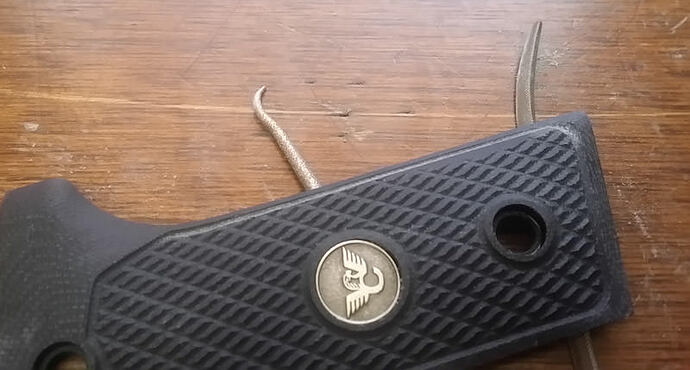 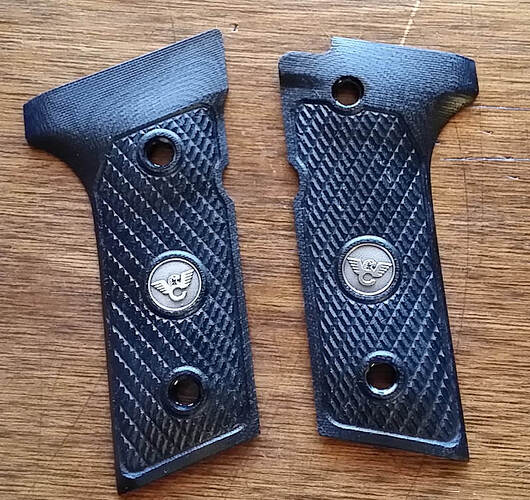 M.V your a true craftsman

Thank you very much.

Wow, I liked the checkering bit the best. Maybe someday I’ll sack up and do the conversion on my FS frame. I bought an A3 a few months ago and need more vertec in my life.

Sir, I’m not sure if your background includes a tool and die maker or a machinist, but that is some beautiful work. As you approached the radius those lines were so straight. No galling in the surface means you probably used a file card a lot. Those were some satisfying pictures to look at.

I wish I could also get a m9a3 but here in Cali it comes at a premium.

Yes, a long time ago I was trained as Tool and Die maker.

and yes, files were carded a lot.