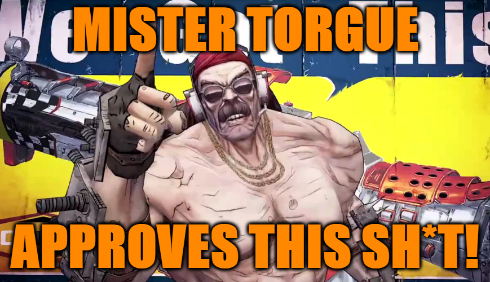 MISTER TORGUE WILL BE UNAVAILABLE FOR A WEEK UPON THE RELEASE OF THIS GAME!

Let me know what system and we can co-op. I’ve got all releases for all platforms.

Well… I still need to purchase 2

I am on XBL but don’t get to play much anymore.

Looks like a cool game. If I gamed, I would want to play it.

I might get the PC version too so I can record a playthrough. Maybe you could watch it as a TV series of sorts. Haha.

You had me at a billion guns…

Oh its happening. Took a week off starting on release date. 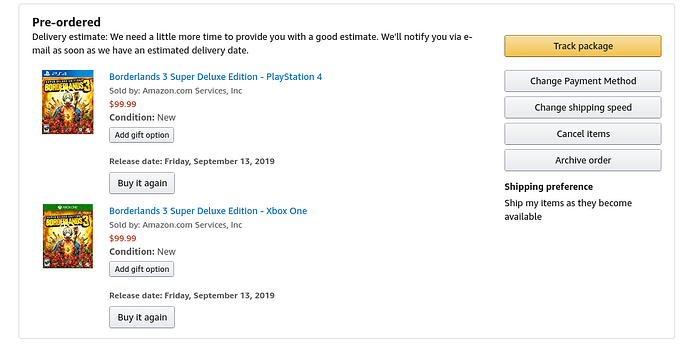 I havnt beat 1 yet, only half way if that through 2…good games but there is alot to do in these games. The zombie dlc is my favorite, so far.

In case you all missed it. EPIC.

Yo, game comes out Friday you all and I took a week off for this. Who’s gonna get it and on what system? If you’re getting it on XBOX One gimme your XBOX Live gamertag and we can run some co-op over the launch weekend–or that Friday.

I’ll get the PS4 and PC versions at a later time once I at least beat it on XBOX One first.

PC but, cant take time off due to new technology coming out.

Please tell me the robot is gone? Lol

No. Gloriously Claptrap is still there.

You’re missing out if you don’t play just because of “the robot”.

No, i still need to play the other ones all the way threw. These games are long if you try to knock everything out in one play through.