Buffer weights and why they are important.

If you are anything like me you want to know why things work the way they do, and today I’m going over buffer weights and why they’re important.
Now I know what your thinking “switchpod I have an ar-15 and it runs perfect already”. If it is then that’s awesome, but let’s say you have a short barrel ar-15 and once you have experienced a stuck case and you can see that the rim of the case is torn off!!!
Now your rifle is down. You might blame the extractor, but it clearly worked because it took some of the brass/ steel rim with it. Here’s the deal the shorter barrel has a much faster impulse than a rifle length barrel. So let’s look st the buffer!
Here is a stock carbine buffer and it has 3 steel weights in it. The assembly weighs 3.0oz 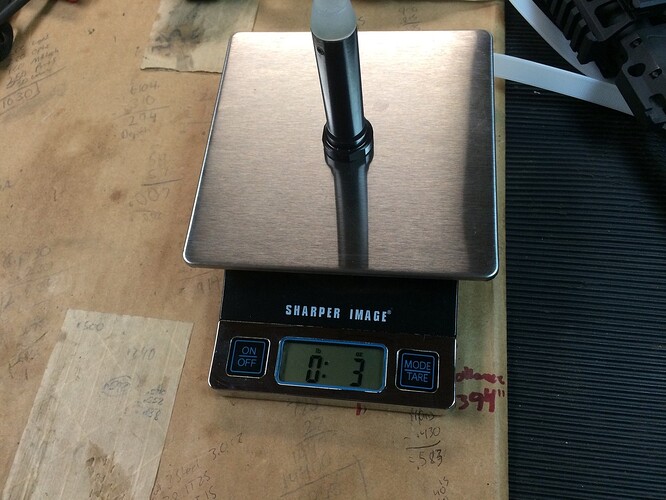 image1154×866 362 KB
Here you can see the buffer body, 3 steel weights, 3 rubber pucks, roll pin, and buffer bushing.
Now we are going to trade in some of our steel for tungsten! Tungsten is 130% denser than steel and 70% denser than lead! 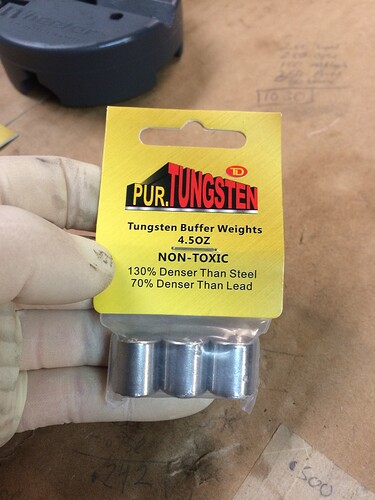 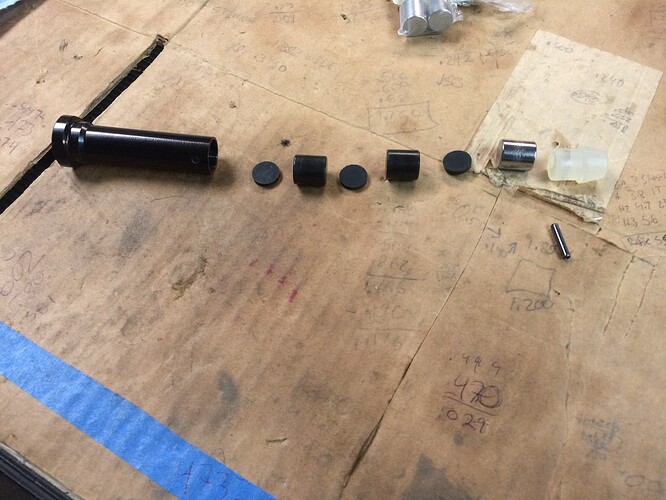 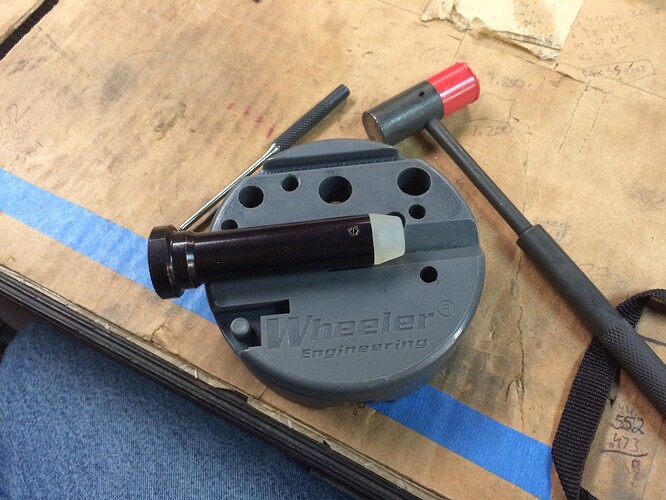 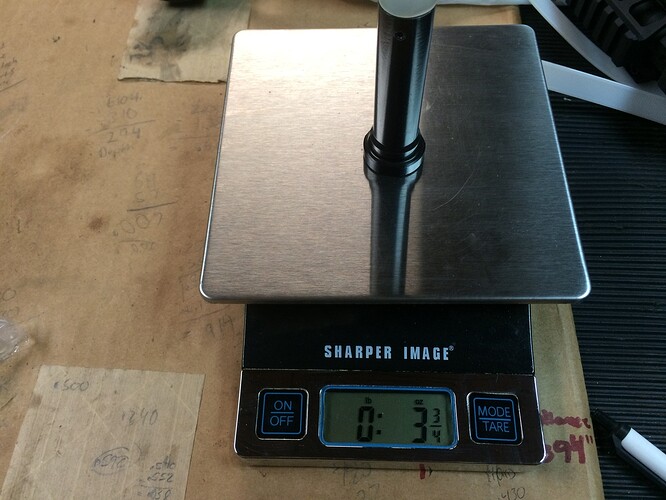 image1154×866 307 KB
Now we have an H buffer.
Remember to always test your new buffer with your rifle to ensure function.
If this is you rifle for defense try it on The coldest day with you lowest power ammo to confirm function. You will notice your chamber pressures will decrease in colder temperatures in most cases.
Now you might be asking why do this with a normal ar-15? Well let’s say you have a piston ar15. You might notice a funny ware pattern on the upper receiver! 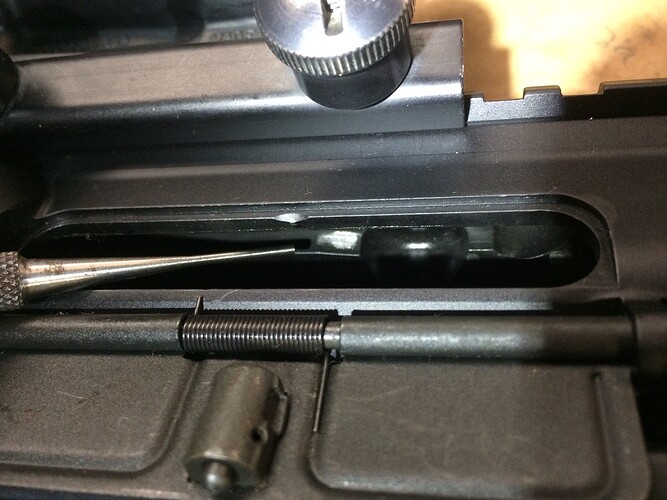 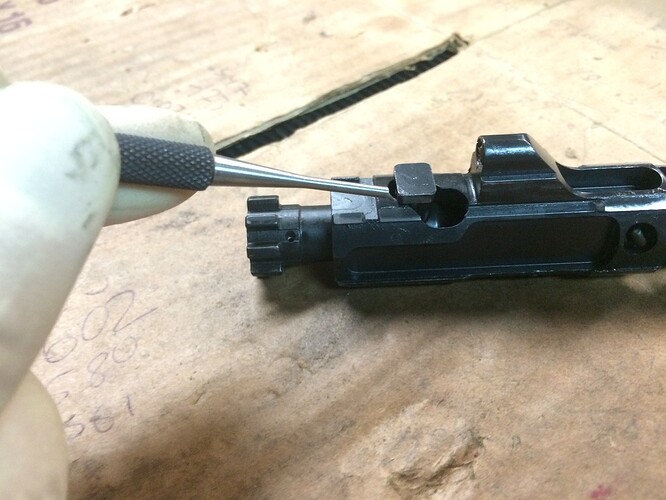 image1154×866 199 KB
digging into the receiver due to faster operation you see with piston ar-15 rifles.
If you run a binary fire trigger a heavier buffer will help control carrier bounce and will result on less stoppages, this includes full auto as well. 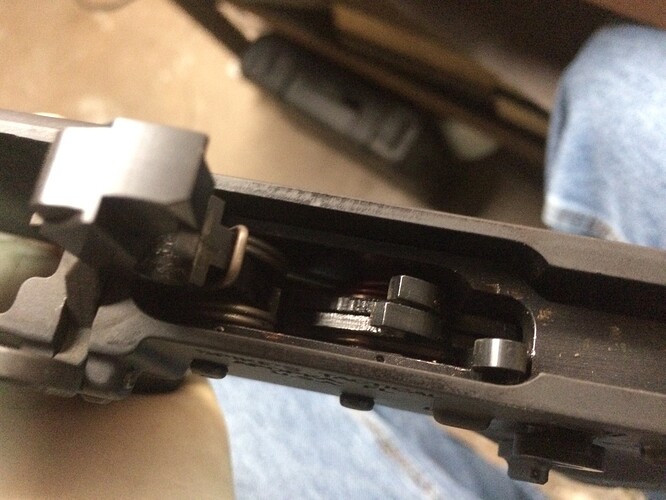 image1154×866 231 KB
If you run Supressors a heavy buffer can help with the over gassing. You can also with a heavy buffer get rid of that ridicules brake 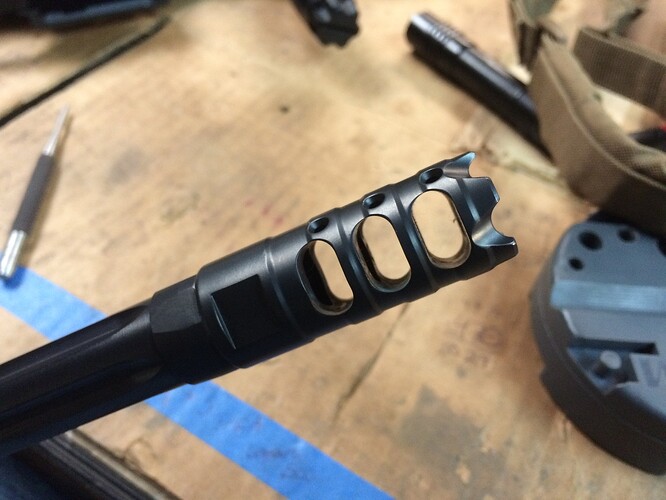 Now that is amazing information to have. Thanks.

No problem Brother! Thank you for your interest!

Now that is amazing information to have. Thanks.

Excellent take on the different buffer weights and why.

Knowing how to select buffers is important, I run H2s mostly , I just ordered a jp silent spring though.

Ive always been a FH only type of person but I have a BCM battle comp mod1 in my safe that I might try out. Also been looking at a SLR Synergy brake but unsure at the moment.
Any chance we could get a write up on muzzle devices? Lol

Fantastic, put 250 rounds through my 9mm build and definitely saw some wear. I will have to upgrade the AR9 to an 8 oz pistol buffer.

I can do a quick one later.

Good point. The pistol caliber ar are only using blowback operation.
You can see why CMMG made the banshee the way they did to add dwell time!

Yeah that was something I didn’t quite understand at first. If it was only blowback it seemed like it wouldn’t need a heavier buffer.

Clint at Slash’s Heavy Buffers is THE buffer master. Beautifully machined stuff and lots of info there on the reference page;
http://heavybuffers.com/

Quick question for you Brother. Do you own a Glock 17?
If you do weigh the slide and then weigh the buffer and carrier on your ar9mm .
See what the difference is.

You have to factor the recoil spring into the whole equation if you want to compare a 9mm PPC to a Glock 17, way past my knowledge base but I know it is a big factor.

You have to factor the recoil spring

That’s part two. I can do it later but I need the weights of your carrier and buffer because that I don’t have.

Ever tried one of the JP silent captured springs? Im on my second one but havnt really used it a bunch.

For some reason I always run standard buffers with an h2 spring, might try mixing it up though. My Colt 6920 runs good with the h2 but my FN has issues with some lighter ammo.

@switchpod can I use the tungsten weights to tune the rifle length buffer to help find a sweet spot on an AR10 308? I put an adjustable gas block on this rifle length gas system and that helped tremendously with recoil and after getting the suppressor I had to turn it way down but my gut feeling is it could be better.