OK, anyone who doesn’t have their head in the sand knows that anything even loosely seen as being for home defense or for the coming civil war is sold out. That goes for components also. Those who didn’t think ahead are doing what I’m doing and scurrying to find what they need. But in my case I have new firearms and my requirements have changed and I’ve also added capability. My front line gear is all ready, so no scurrying for that.

Shotgun ammo… The old long shotgun has gone down the road and a new lightweight short shotgun is in inventory. The ammo that I used in the heavier shotgun works in the new, and I won’t be getting rid of it, but there’s a significant weight difference between the old and new shotguns and that translates into shoulder issues. I’m 30 years older than when I designed all of the old gear and I just can’t handle what I once could. Welcome to life, boo hoo, get over it. But I discovered 1 3/4" shells and they come in buckshot and slugs. Or they do when they can be found, but that isn’t today. Heck when they can be found they’re expensive at >$1 per. Then there is the shotgun required, not all can handle them reliably. Mine appears to but I need to test them further. That means even more ammo required.

What is a gent supposed to do? I haven’t loaded shotshells in years and when I did I had a press and loaded them by the hundreds. My requirements today are much less. I see the shotgun as possibly playing 3rd string. A few hundred #4 buck and slugs will be plenty. To shorten the story I decided to cast my own 7/8oz Foster slugs. I never thought I’d cast anything but have just shy of a ton of wheelweights (because I think ahead) some of which has been purified already. But what to do about buckshot? The solution that came to mind was to cast it also. But just try to find the moulds! I found some in the UK. I only bought one, there are a few remaining. I probably paid too much but it’s done. I have lots of hulls and wads. I bought a used sizemaster. The rest I can cobble together from metallic shotshell reloading. But I also have been looking at inexpensive bird shotshells that are still available. Now just a reminder, I want reduced recoil shells. My plan is to cut away the crimp, dump out the shot, saving it, and pull out the wad, and use the primed hull and powder charge. Then trim the case to 1 3/4" thereabouts. Cut the base off of the wad, put it back into the shell and put my payload in it. As long as my payload is less than the original shot I won’t exceed pressure. Then finish with an over shot card if needed, and a roll crimp and done. I’m waiting on items to arrive. So at this point I have no report on how this will work. But tracking this stuff down was the real coup, especially the moulds. There is info regarding this on Youtube. Here’s one video about making 1 3/4" shells.

For 300BLK ammo things are just as tight. Machined bullets are available if expensive. But I’ve been watching for bullet pulls and just bought 700+ 220 grain bullets. Now I just need the time to load them. Powder and primers? Plenty. Brass? I should have plenty, bullets are the shortage. But between machined bullets and the pulls I should be OK. Not as much ammo as for a front line gun, but sufficient.

9mm bullets? I haven’t addressed that yet. I have a few k for competition and they are yet to be loaded. They will make nice holes in things but aren’t my first choice for anything but cardboard and steel. But they’d do if that’s all I have.

I should be very busy out in the shop this winter.

powder and primers have all vaporized. Without them, your not reloading. We know this was coming in 2001. Did not know it would take 20 years to fester into a boil.

If you do not have all the stuff now, hang it up. Everything is way over priced, and people are out inflating the box stores.

9mm can be dirt cheap to reload. A Lee classic loader ($40).
A mallet, caliber, and powder, primers and bullets.

There is another choice: 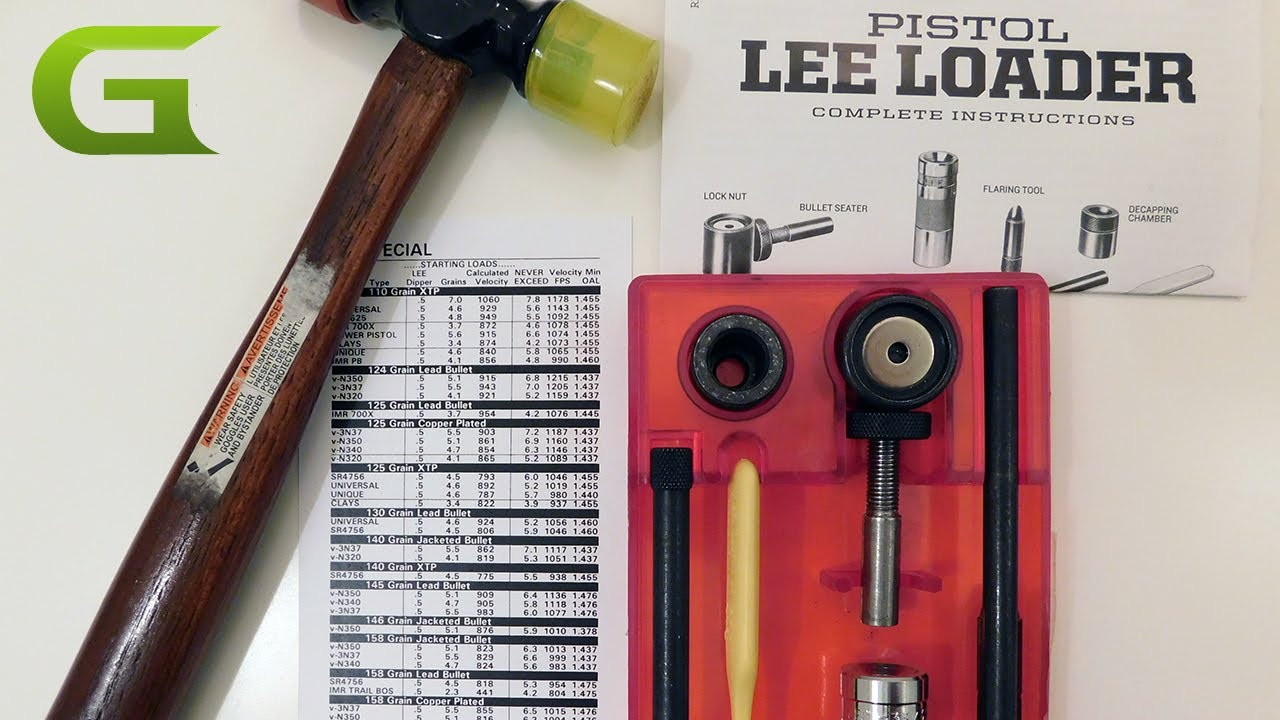 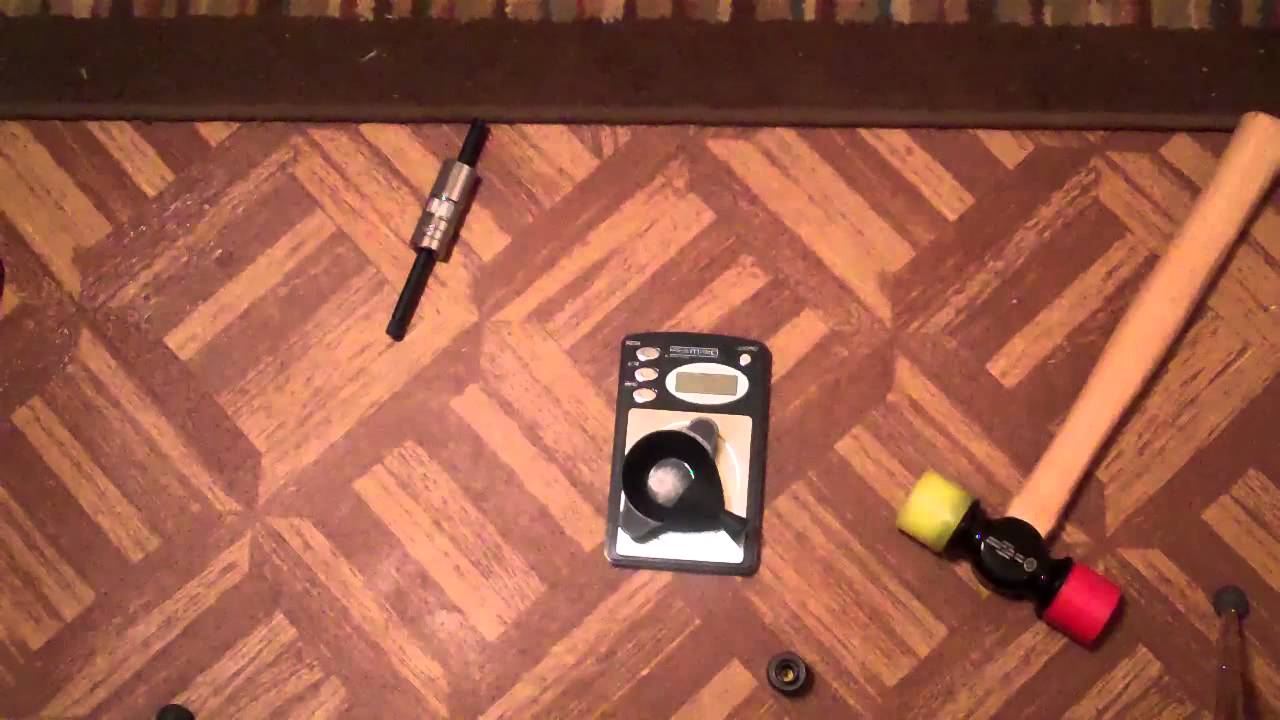 Yikes! Your post got me to checkin’. I thought I had a few pounds of Red Dot. OK, old minds are like a steel sieve, full of holes! No Red Dot, all gone! So sweating from nervousness on this cool day I hit the 'net for some. I finally found some at Midsouth SS. I’ll never use 8# but that’s what I bought. If I need it I’ll have it. I was lucky. Most everyone is showing “Out of stock” for lots (most?) powder. I only had eyes for Red Dot but I saw lots that was out of stock.

Everything, and I mean everything has been gone for months down here in AZ.

Of course the secondary market is insane if you pay cash for anything. With that being said, barter is the way to go to obtain some of the items you need.
If you’re in a relatively small community, talk to people you know.
Down here in the Phoenix metro area, Armslist (while completely insane) is another option. You can usually find someone who wants to trade small rifle primers for large, or shotgun powder for rifle powder etc, and since it’s ALL overinflated, trading one overinflated item for another ends up being a wash.

I checked shotshell primers too. Low on those as well. I found a really good price on 5k Wolf 209s. I never used them before but the price was good and they were in stock. Beggars can’t be choosers.

I also decided to buy some AA1680 if I could find it. I did. So stuff is available on line. But one has to spend some time searching.

I don’t worry about ammunition

I just got delivery of 500 hard cast 125 grain 357 bullets, I had a lot of primers already, I have been able to find brass and powder. A lot of places have components but it is limited, I have enough stuff now to load 250 38 rounds which I will start on Wednesday if nothing changes. The situation has not hit my area as hard as others( yet ), but I know it will get worse, by the time it gets worse I will have enough loaded ammo to last for several years over what I already had…

Yep, this. Picked up my minimum SHTF quantity of Minishells around this time last year for something like $11/box. I remember being ticked when the box showed up opened and in complete disarray. 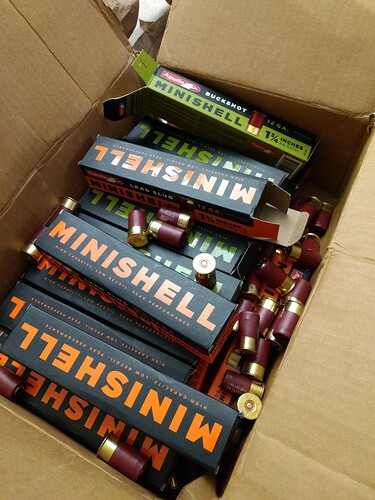 An hour later I had them all sorted and repackaged. Hard to believe not one was missing. 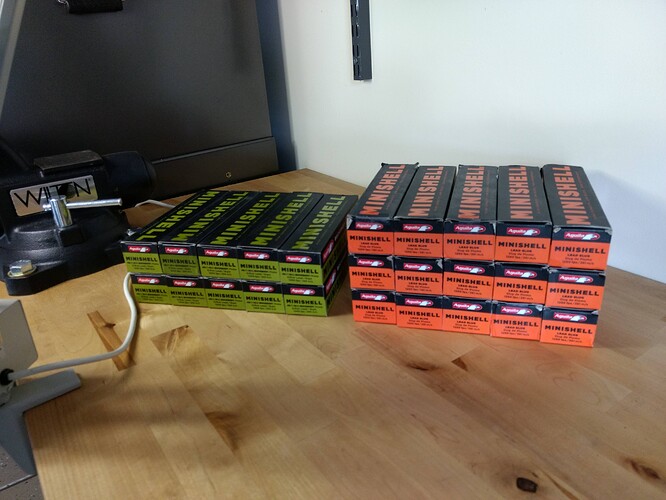 Today I feel right as rain waiting for the zombie hoard to show up.

I will be interested to follow along on your reloading of 1-3/4" shells adventure though. So thanks for sharing.

You dudes that cant find bullets might try getting into casting.
There are a lot of molds available. Get one that have no gas checks and are tumble lubed. Lee makes lots of them.
Lead is still all over the place, even in commie states like ours.

Ive been a state licensed lead recycler for 20 years now.

So if I need more I can get more. Ive got so much now, shan’t need any until this supply runs low.
Brian, The Lee 230gr 300 blackout mould is a 230gr wide ogive cast round designed for the sub sonic. Well out the odd six and win mag, they do fly. Most fly around 2400fps, we did get some 170 ranch dogs up to 2700fps, but that was might scary. We did not want to lead the barrel of our long range platforms, still has to see if they works. The win mag loves them, the odd six not so. The 300 blackout loves them. I use about 6 different calibers for long gun. All the 30 cals take the same diameter bullet, so do the 45 cals. So a few moulds fit everything we have.

Casting take a pot, lead, and heat. When I first started I used an aluminum pot I found at Goodwill, and a colman camp stove for heat. Since then I bought a 20lb furnace. Way cheaper on fuel.

I got a pretty good amount of those also, I have a H&R single shot 12 gauge shortened to 18.5 and threaded for choke tubes, weighs nothing and makes for a good tote around gun, squirrel gun also, still want to send off Shockwave barrel and get it threaded for tubes…on the list.

Ive been a state licensed lead recycler for 20 years now.

I’m starting slow. I never wanted to get into casting, but like most of my hobbies I imagine it’ll take over and get out of control. It’s connected to shooting so I’d be surprised if it doesn’t.

My melt pot developed a hole and that was discovered when silvery metal started streaming out of it and onto the ground. It was paper thin garbage when I bought it so it didn’t surprise me that it didn’t turn into a thing of quality and last forever. I need to replace it before doing more casting. But in the meantime an order of swaged #4 Buckshot came in so I loaded some of them, 90 shells so far. WOW! Is it ever time consuming to convert 2 3/4" birdshot shells into 2" buckshot. I estimate it took me 5 hours to do the 90 shells. Too, the buckshot for each shell needed to be counted, all 1350 of them. Dipping them just wasn’t reliable. It’s much easier and faster to have the strings of buckshot as they come from the mold. Just grab 5 strings of 3 and lay them vertically on end in the wad and done. No trying to get them to lay in the wad a certain way.

For those with an inquiring mind, The payload of 15 #4 buckshot weighs .7 oz (close enough) and the 90 shells used less than 5# of them.

Next time I’ll use either once fired or virgin hulls and that should be faster, but it’ll also require some load development. Hopefully by then I’ll be using cast buckshot too.

Still waiting on my slug mold.

Looked for small pistol primers today. Im down to my last 1000.
The only place you can get them is gun America website if you want to play $150 a brick. Thieves.

I was able to find shotgun primers for a decent price, or maybe not so decent. I think it was $80/5k but with shipping and hazmat added. But I had to spend lots of time online searching. No one online source has everything. I found powder too, AA1680 and Red Dot, but again not from any one source and lots of time spent searching.

Shotgun primers in many online shops, saw them for $40ish bucks twice.

1k for $40,just do a search for small pistol primers and you will see them pop up.

I thought it was a subtle way to tell me I had been bent over. Wouldn’t be the first time I’d had it put to me, figuratively only.