This allows educators to take away your guns. California citizens need to teach their kids never to talk about their guns in school. Ever! 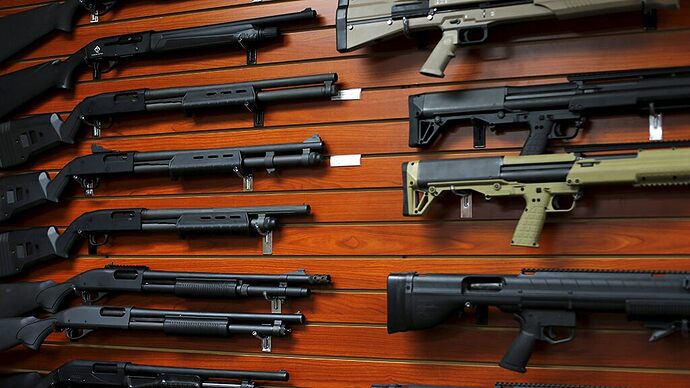 Loaded for me. @Robert must be on the “list”. On a positive note, homo Shepard Smith is gone from fox news…

I read about this with a heavy heart. The death of freedom may be upon us.

It’s scary and I think anyone in California should be concerned. Why haven’t these laws been tried in court yet?

They know they can’t control an armed populace without first disarming them. This won’t effect their base because it’s only the other base that won’t vote for them anyway and it will be easier to strip our individual liberties for the collective liberties they prefer.

can’t control an armed populace without first disarming them…

I think it is sad. You hear about these kids that get punished in school for making a gun shape with their fingers, or drawing a gun. Will this trigger a red flag too? The possibilities with these laws freak me out.

THIS 101%
It’s all punishment for beating the rats in the past.
Just look how hysterical the rats went when told “NO pigbitch for you!”
Nothing but payback
We’re living it 24/7 in NJ

Why haven’t these laws been tried in court yet?

They will at some point. Hopefully sooner rather than later. These Red Flag laws are already getting some bad press. I have already seen news reports about grade school-aged children getting flagged and other nonsense. It’s only a matter of time before some high-profile person (celebrity, elected official, etc) gets falsely flagged and files a lawsuit.

Why haven’t these laws been tried in court yet?

Because the lawyers who bribe the rats for government work and appointments make a fortune delaying any law from being heard. How long NY and NJ been delaying any SCOTUS action on 2a issues?
Every one of those dnc rat lawyers are pulling huge billable hours that the taxpayer pays for.