They puts the lotion on their skin…

I insist on being recognized as an “organism”.

Using the familiar “they” is body shaming because it refers to two or more people. How insensitive!

Is “it” considered acceptable?

Frankly I could give two fucks. I’ll call people what ever the hell I want. These nimrods aren’t allowed to change science and established society’s designations that have been used for thousands of years.

I just feel it is important to let you all see the CA stupidity since it is likely to spread to other blue (or turning blue) states.

F¥€k they and the jackasses them road in on.

Is this not an attack on the first amendment? We have a governing body dictating what can be uttered. Is it not my right to call whoever I want whatever I want? I mean seriously, this is beyond the pale.

doesn’t this conflict with the 14th more than the first?

I would say its both. The 14th addresses citizenship rights and equal protection of the laws. The first amendment is freedom of speech. Either way, Cali just went even more commie on us.

I will continue to use the pronouns that biology has assigned.

There’s a video floating around somewhere, of a debate from a South African university. I think it was something put together to hash out some animosity between STEM majors and other majors. Somebody made the claim that there was a person in some village (I don’t remember the name), who could call down lightning from the sky. Another student replied that it wasn’t true. They stopped everything and forced that student to apologize for attacking the beliefs of other students.

‘Conform or be punished’ seems to be the philosophy of those who cannot defend their positions with rational arguments.

I identify as a meat Popsicle. And DEMAND to be addressed accordingly. And, anyone who challenges my spaghetti monster beliefs is a fascist and should be publicly shamed in media and burned in the streets.

That’s what I’m here for, buddy.

identify as a meat Popsicle

I knew you were a dick

My middle daughter is the sweetest, most accepting, loving kid. We had a conversation when she started college about how scared she was that she was going to get in trouble for using the wrong pronouns. I taught my kids to be kind to everyone regardless of race, gender, religion, sexual orientation, etc. How was I supposed to assure her that she wouldn’t offend by assuming gender? What the fuck was I supposed to tell her? We ended up having a great discussion about it but…damn… The things I worried about in college are totally different than now. And it’s absurd.

And what is even more irritating is that I knew an individual when I was growing up who was born with both gendered parts. This is before genetic testing was a thing. The parents chose the wrong gender and this individual had a crazy difficult life. In adulthood, he became a she and it was amazing how her life changed for the better. This gender stuff IS a real (and rare) thing. But it’s not how it’s being represented today. It’s the narcissistic “give me all this attention bc I’m a victim” mentality and I want to

Even in that very real scenario there are still 2 genders, as intended by nature. 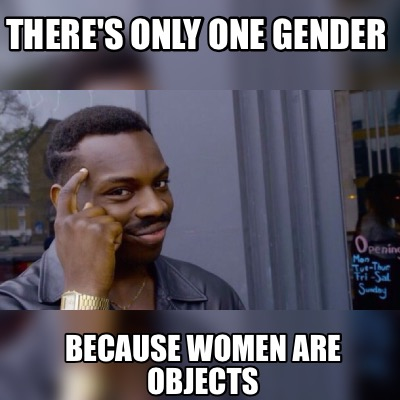