Well… I believe the revolver bug may have bitten me… yet again I’m debating on getting another revolver. Just happened to come across 2 Colt 38 revolvers at Cabela’s today. I’ve always wanted a Colt. Now just not sure which one. Which out of these 2 would you pick and why? The official police, or the officers? 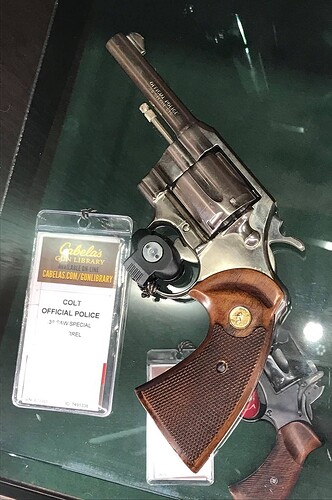 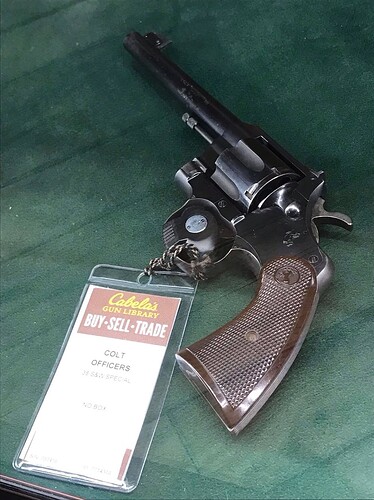 I’d go for the blued one, just cause it looks more old school. but i’d get a 357, you can still shoot 38 specials in it and if ya wanted more power, then switch to the 357’s.

Already have the Ruger new Vaquero in 357 so firepower isn’t so much an issue.

The officers has adjustable sights. Sort of. Either one is nice.

It would depend on the price . I would prefer a trooper or python myself in a colt . But I would take a k frame smith over any colt myself I just like the feel and triggers better.

Since you asked:thinking: I would get the official police I like stainless and the grip looks like it would fit the hand better.

Not stainless. Nichol. Pretty sure colt never made that gun in stainless

I would love to own a classic, but the new Colt’s are worth a look too. My friend purchased the new King and I had an opportunity to fire it. Sweet shooter! It’s on my short list.

Well, went back today and the nickel one is gone. But, they do have a .44 anaconda and a 357 king cobra (2nd year of production)… hell with it, going to the bank tomorrow, get one for me and one for my fiancée lol go big or go home right? 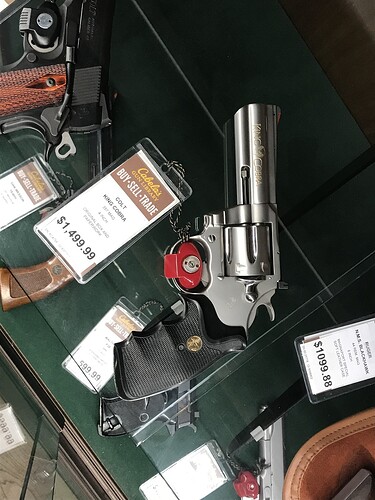 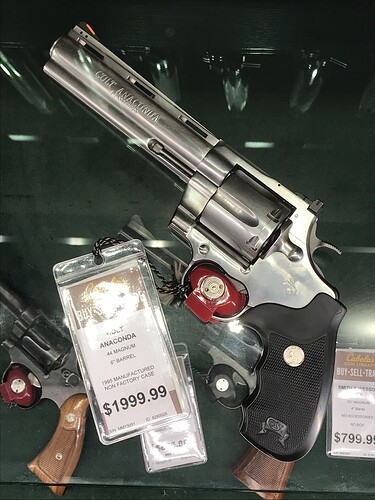 Guess I haven’t priced revolver lately. I had no idea they were that expensive. I know the Smiths are not that high. haven’t looked at colts.

Thats not new, and its Colt, the Harley of revolvers.

I never owned a Colt revolver, guess the price is why. I will admit to liking that Anaconda, but for that price I would buy a 45 auto and a few cases of ammo. Or even two 45 autos. ok I need to back out of this, there is a 45 at the LGS I’ve been drooling over. I had forgot about it until now. lol

Colts are well made, finish is usually top grade vs S&W which even their PC line often is flawed (in my experience) I do however prefer the S&W cylinder release over the Colt

I haven’t bought a revolver in years, I have a few of the old smith revolvers in a few calibers. I can see the difference in quality in mine from the new ones. Guess the only Colt handguns I have are two Government model 45’s. But that Anaconda does look nice.

Wow, those are pricey! I could never justify that sort of price. I’d rather buy a few Ruger/S&W or two BFR’s for that much coin

get one for me and one for my fiancée

Yes do that! Lucky fiancée! 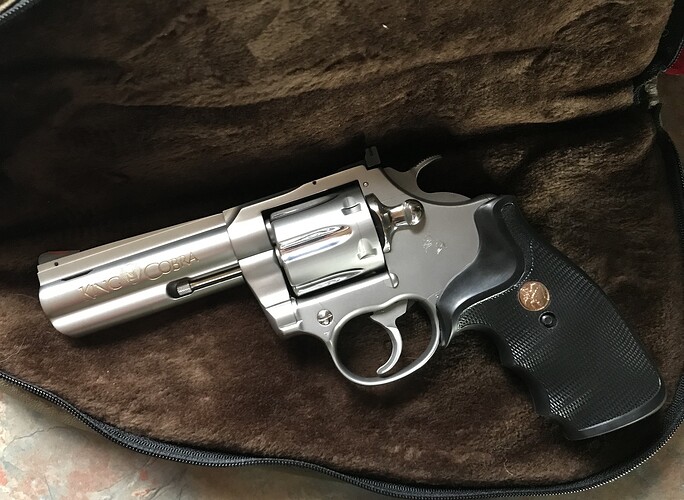 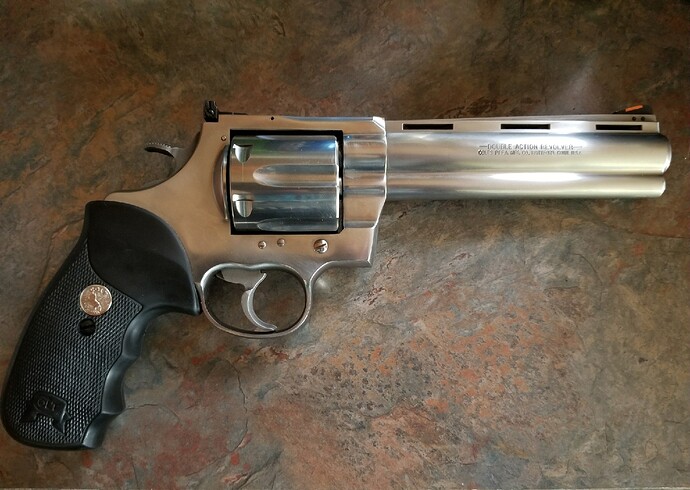 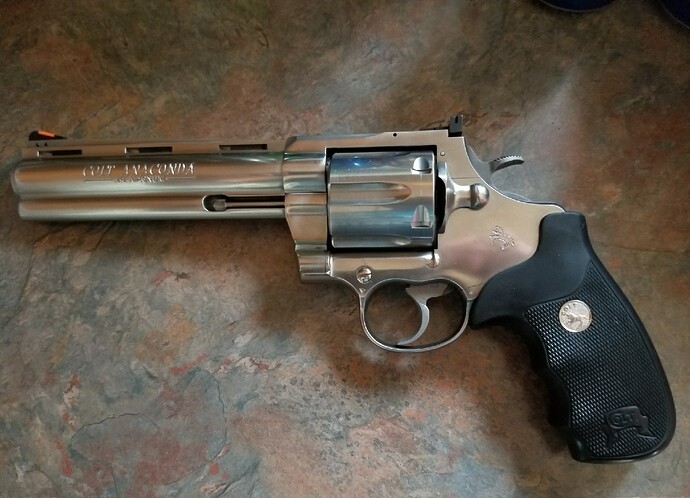