Anyone familiar with these? Thoughts? 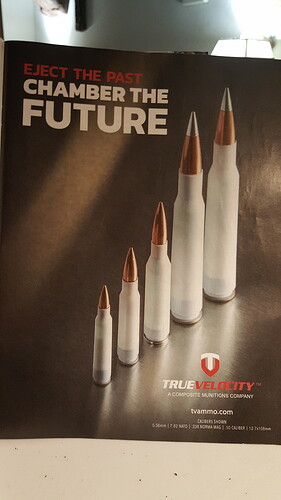 If it go’s boom

Interesting I’ll have to research that

That’s a whole box of nope for me.
There are very valid reasons we use Brass.
Call me old fashioned, but I wouldn’t want that ammo. My fear is some day that it will be the norm.

Poly cased ammo will happen eventually. Dunno if we’re there yet, but it’s only a matter of time until polymer casings are cheaper, lighter, and stronger than brass.

I wouldn’t mind having lighter ammo.

What little I have seen on it it runs cooler than brass or steel . I have shot a lot of Active shotshells which are all plastic with a stainless steel washer in the base for the extractor to grab. They feed and extract just fine and reload like a good AA .

1st thought I had was the weight. How much lighter would 6 fully loaded 30 round mags on your body be compared to brass loaded, interesting what @Jtr mentioned about running cooler than metallic cases. But, would there be composit shavings or build up I wonder? My main thought & concern though is: are these strong enough compared to the metal cases & won’t malfunction blowing up in your face!!?

I watch a guns &ammo tv show and they did a review on this ammo. I would think it would be more elastic and less prone to split . It was also shown to run cooler and transfer less heat.

Hey the present firearms are 1/2 plastic already.
Polymers have come a long way… why not ammo?

Good point.
I’m interested to know if it will do good and still perform being stored 50+ years?

I saw a similar tv show that talked about these. I think they said it was geared for the military as it’s also something like 40% lighter. So there is a big cost saving in logistics. The manufacturer they said offered to supply the ammo for free in exchange for the military transportation savings. Joke I think. But with that and how much more a man can carry and running cooler it’s a significant plus.
The difference to a civilian is minimal but still there.

I question reload ability. With just the wear stress of firing and the added sealant around the mouth.

But with that and how much more a man can carry and running cooler it’s a significant plus.

Definitely a big help if you carry the ammo with you on a regular basis.

I’m very interested for my 5 mile run and gun competitions - as long as the dang stuff will run reliably.

The difference to a civilian is minimal but still there.

Eventually polymer casings will become cheaper than brass - so that’ll be good.

I question reload ability. With just the wear stress of firing and the added sealant around the mouth.

The polymer ammo I’ve seen so far has durability issues, not even including reload. I haven’t seen anything good enough to warrant replacing brass. Not yet at least.

We’ll get there… eventually…

I appreciate the innovation. While I agree that we arent able to completely replace brass yet, I think this is a good step forward for the industry.

I don’t think the government is worried about reloading . They have us to pay for brand new ammo!

What little I have seen on it it runs cooler than brass or steel .

don’t see how it runs cooler unless it is loaded lighter
The transfer of heat happens in the barrel and works it’s way to the breech (the casing doesn’t stay long enough to transfer any heat). And now thermodynamically since energy transfer from hot to cold, and a cooler metal casing would attempt to absorb heat while it is exposed to hot chamber wall where “plastic” wouldn’t.

Agree the “cooler” thing was just a statement. In the show it shows a guy catching brass and putting it between his lips while he loads another. But as far as the gun function, yeah… can’t imagine much difference.

I would like to see how they would run in a full auto stress test!
Now that will get some questions answered.

Uh that would be OVERPAY.
Corrupt to the core. 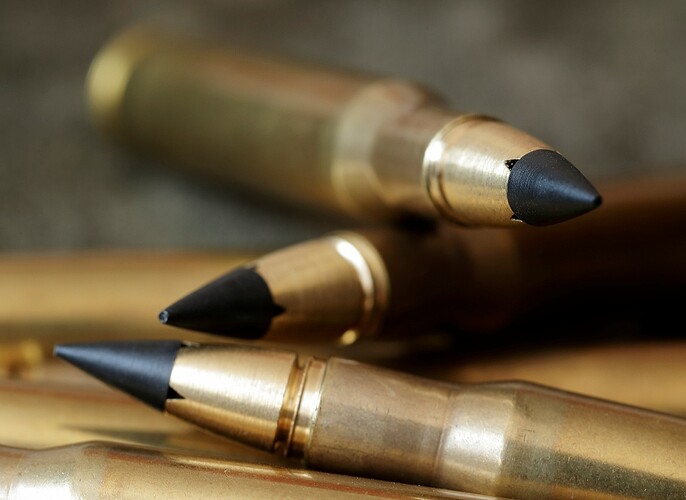 Forget the Guns: Could This Ammo Be a Game-Changer for the U.S. Military?

Let's have a look.