CPAC cancels speaker who said Judaism is a lie

CPAC cancels speaker who said Judaism is a lie

I think the left will scoop him up for their show 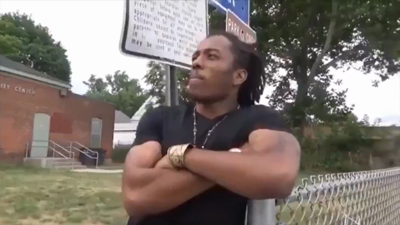 Mark Dice on Gab: 'Meet "Young Pharaoh," who CPAC chose to be one of their speakers this weekend to prove how "diverse" they are. (not a joke). 😂'

One way or another

As far as rewriting the DNA… That’s precisely how the Moderna vaccine works. I don’t know about the others. When it first came out the manufacturer was on the TV stating exactly that. It rewrites the DNA so that the virus doesn’t see it as being useful for replication.

Is this that tricky Borg nanoprobe we were warned about?

The Messed Up Truth About The Borg

Like everything in the Star Trek universe, the Borg are complex and not nearly as black and white as they appear. That's not to say you'd want a Borg cube for your neutral zone neighbor, though, as there's some weird aspects to these Star Trek...

Young Pharaoh’s Twitter account was suspended. I wish it weren’t, because there isn’t any real competition, and nobody is adopting his speech. If he crossed the line into illegal threats, that would be something else, but I don’t think he did that.