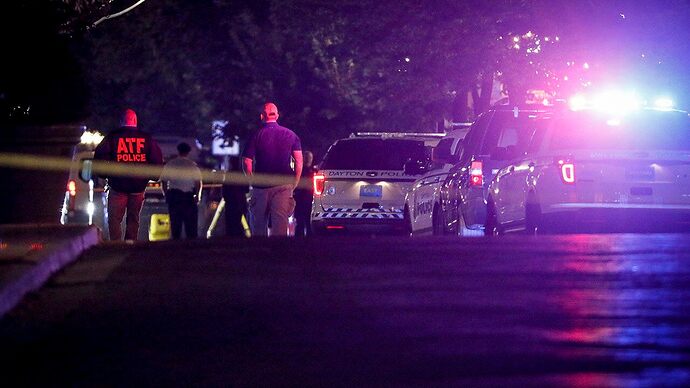 Gunfire on Saturday night in Dayton, Ohio, has resulted in multiple fatalities, according to local media reports.

More to come on this one

Yeah, Ohio and Texas, two battleground states. I wouldn’t be surprised if Michigan was next.

not wearing the tin foil but there is something odd about this shooting - lack of details and what seems to be cherry picked witness statements to the media.

God damn it. At this rate we’re gonna lose by the end of the week. Something HAS to be going on. Whether it’s copy cats or something tin foil related something smells rotten.

Looks like this guy was using an AR-15 no? The El Paso guy an AK. Yea this is not going to go well.

It’ll likely be a magazine over 10rds ban

I was listening to the Commie News Network this morning. They were encouraging the Senate to vote on a universal background check bill which recently passed in the House. We’ll see if anything happens. Personally, I do expect some type of knee-jerk legislation in the near future.

the biggest problem with all these new laws - they simply would not have prevent this from happening other than a total 100% ban of firearms - and even this would not have prevented it. The person involved would either a simply use a “illegal” magazine with his illegal firearm, alter the compliant magazine, or if no firearms available there is always the White Hertz Van or big Penske Yellow or Ryder Rental Trucks.
There are still mass killings in Australia (with and with out firearms), there are still mass killings in Great Britain where firearms are heavily controlled and the choice is what is readily available. .

If the senate gets behind any of this dont expect the NRA to save our asses with a sunset clause like last time. We are really close to ending up like the U.K. … (minus their outdated english and tea parties)

Apparently this dumbass killed his sister as well.
Motive?
We shall see.

Apparently this dumbass killed his sister as well.
Motive?
We shall see.

I agree. Having frequented the Oregon District many times I can attest to there being a heavy police presence down there, especially on the weekend. This part of Dayton is not at all what you’d consider a “soft target” for someone looking to do a mass killing. There’s definitely more to the story if he targeted his own sister. 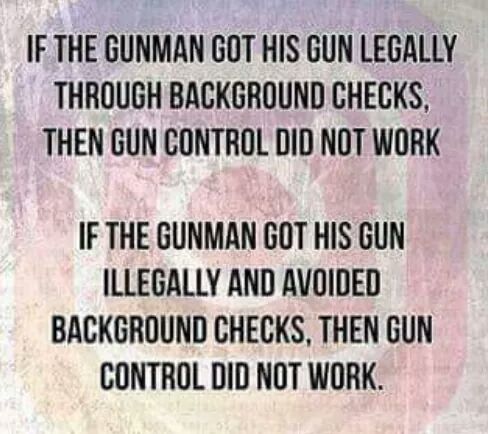 I was scared my daughter live 15 mins from there, definitely an eerie feeling, but she ok!

This shooting is just bizarre in that the killer went there with his sister and her boyfriend, then he shoots up the place, and killed her as well. Just strange.
I know there are copy cats out there, but damn!

Was he hiding his armor and rifle in the car somewhere?

The good that has come from this is that the second killing made my daughter stop and pay attention (she does not watch the news nor keep up with current events). I actually had a constructive conversation with her (with her lame-brain husband away) and we discussed her carrying a firearm. She also spent the rest of the day looking up shootings, and crimes, and people defending themselves with firearms. All on her own!!! So there may be hope yet for her carrying her firearm.
And she is going to get her pistol, which I think she has only fired once in four years, and practice with it tomorrow and while she is here. Yay! And, my son who is in TX went out and bought a few extra things as well

AND his wife decided that she wants to get her CHL and start carrying and she went gun shopping today and picked out a pistol.