With the loss of any conservative control in any branch of government, the left is set to stack the deck even more. The mayor of DC stated a few days ago that she fully expects DC statehood within the first 100 days of the Joe & ho administration.
This would permanently give the Dems two more seats in the senate and one rep in the house. So even the 50/50 tie in the senate with the need for the ho as tie breaker would be lost. Along with a diminished hope of flipping enough seats in 2022. Add to that the fact that too many republicans are useless as well.

The biggest argument for DC statehood is the residential population of the district not having representation or a vote.
In my opinion the best solution for this to have the residential portions (the land they sit on) given back to Maryland. Given the politics of Maryland they may not want it back.
So the argument is tough.
Also know that regardless if this passes or fails there will again be a push for statehood for Puerto Rico as well.

So my point here is again, write, email or call your respective senators and representatives to stop this.

In the latest episode of let’s-reshape-institutions-that-make-us-lose, Democrats have turned on the “insufficiently democratic” Senate. The new brand of complaint has now evolved into an argument for District of Columbia statehood. The argument runs...

All is not lost the founding fathers did speak to the very thing that the scum are trying to pull off. Let’s hope SCOTUS steps up.

The Constitution says no to DC statehood (msn.com)

While true, and with an assumed majority of the SCOTUS being originalists, I lack that confidence.

The bigger point here is to make contact with your elected Senators and representatives so that we don’t get to the point we need the SCOTUS.

Agreed I already wrote my Congress critter this morning, I don’t think he likes me. My Senators are Angus King and Suzie Collins, they will hear from me in the morning. I hold little hope in help from King Suzie is a crap shoot.

Yeah because the rats will leave that alone. They’ll pack that first
No offense.

None taken, they are going to pretty busy it is going to be like a Chinese fire drill with them trying to pass all their bullshit and already there are splits in their ranks, Mansion from WV says he will not go along with it, I heard Beck mention a few others this morning but was in and out and did not hear it all. In 2 years hopefully, they will not have the power they do now God willing the country is still here, If not,…para bellum

So my point here is again, write, email or call your respective senators and representatives to stop this.

Why bother? It is pointless. The mob they face by not siding with the socialist elites is far more dangerous and influential than anything anyone else could possibly say. Hell, thier mobs dont even face legal reprecutions for thier acts of violence. It would be similar to calling someone over the phone then telling them not to listen to the thug that has them hostage at gunpoint.

My point is these things just build a false sense of hope in the system.

The bigger point here is to make contact with your elected Senators and representatives so that we don’t get to the point we need the SCOTUS.

The SCOTUS will eat democrat dick first chance they get. In this day and age socialist democrats call the shots and its only getting worse. They won’t even touch important cases out of fear of angering the wrong people.

I personally feel moving away from politics or voting is the only real answer. Its time for people to get past the smoke and mirrors of political theatrics.

I don’t think so.

I don’t think so.

Pretty much just meh, thats what they say to your phone calls , emails, and even the U.S. constitution

If the district of criminals becomes a state will they have to fund their own state government services with their populations tax base? I had to pay my own bills when I grew up…

Well, I keep forgetting you’re in Oregon. I agree Dems won’t listen. But in a Republican state they are more likely to listen. They want to get re-elected and have no rudder of their own. So they just go the way the wind blows. If they don’t hear from their constituents they just listen to the media or the other blow hards with them.

But no one says you have to write only to your own states reps. Write to other states Republican office holders. They don’t know where you live if you don’t tell them.

I’m not telling you specifically what to do. I know that meh means meh. But just a suggestion for the rest of the forum.

I just lack faith in the system and feel the whole idea of Republican vs democrat or left vs right is irrelevent. The system at this point controls the outcome of everything and is under the control of people thinking of a picture much larger then national politics. Any involvement with thier gameshow is a contribution to thier cause but what can we do? I prefer nothing , you prefer playing the game, to each thier own. I can agree to disagree.

I had to pay my own bills when I grew up…

Rats do not support us RESPONSIBLE people.
They support the shitbags.
Without the shitbags and their shit holes AKA the infested rat cities, the rat gangster RICO gang dies.

involvement with thier gameshow

Life’s a stage and we’re all in the cast 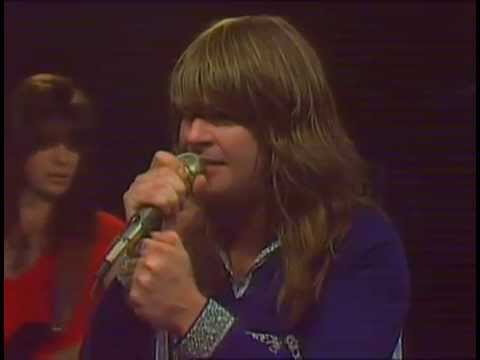 If you choose not to decide, you still have made a choice 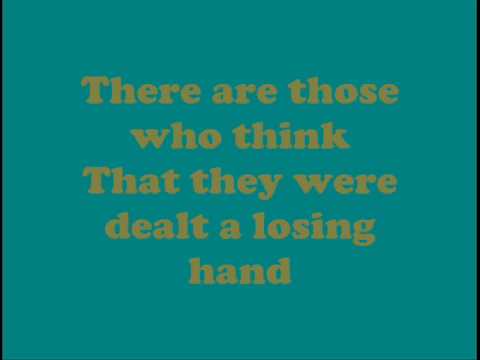 what can we do?

If any of you lack wisdom, let him ask of God, that giveth to all men liberally, and upbraideth not; and it shall be given him.

feel the whole idea of Republican vs democrat or left vs right is irrelevent.

Your right on that point it is now conservatives vs socialists or Patriots vs traitors. I can understand your apathy seeing where you live but, sooner or later you are going to have to pick a side. Maybe it is better for you to be undercover, but I have a feeling your not going to be able to pull that off.

spend your time and effort on what matters most for you, not going to stop the demoRats anytime soon, maybe in two years, take care of family, be ready for anything. Writing and calling D.C. is like getting pelosi to understand the Constitution…

I get your point but I disagree. It’s MAGA vs Democratic Socialists but on a stage set by world players. It’s all smoke a mirrors , just look at what they’ve done to Trump… A billionaire with a huge following. The system needs to fail first before people will listen.

Also have you actually talked with the MAGA mob types? They are not costitutionalists , they are MAGA-repupublicans. Difference being they choose Trumps word over the Bill of Rights , just ask them about bump stocks if you don’t believe me.

Are they better than far left democrats? Most definitely but it’s hardley relevent, thier rioting consisted of them destroying a building and taking pictures of thier work while smiling for the camara. Literally they are no smarter than the Antifas.

I won’t take sides , in the civil war and revolutionary war there were plenty of folks who were not involved, that’s where I’m at. Even if I was to take sides I don’t see the MAGA side winning, thier side needs a revolution which is won with the hearts and minds of the people, which they don’t have. Civil war is not going to last long, the system along with many of the republicans (including Pence) have already sided against the MAGA movement…so no, its not likely I would back them up. Ive turned on the news 3 times since the election and thats enough theatrics for me. I am just fine with ignoring it all and becoming as politically neutral as possible(its a work in progress) instead of worrying about shit like this. I refuse to buy into what thier selling either way , let the system crash to a point where there’s no free handouts then there’s hope for conservatism untail then we are seeing the rise of communism in the states. Simple fact is that drawing sides here and forcing others to choose sides just further divides us all which sets up much bigger issues from the powers that be. #unitedwestanddividedwefall

To each thier own, maybe I am just a cynical ginger headed fuck though.

Maybe it is better for you to be undercover, but I have a feeling your not going to be able to pull that off.

Sure I can , I live in Oregon. Had lots of practice with the skinny jeans and drag

Seriously though its not hard to just act like you are ignorant to it all like most people. We live in a society where the average person is a dumbass.

but on a stage set by world players. It’s all smoke a mirrors , just look at what they’ve done to Trump… A

Also have you actually talked with the MAGA mob types? They are not costitutionalists , they are MAGA-repupublicans

some are some aren’t

just ask them about bump stocks if you don’t believe me.

That was as fucked up as a football bat, he overreacted to the Vagas shooting and I never supported it, even though I did not like bump stocks myself

I don’t see the MAGA side winning, thier side needs a revolution which is won with the hearts and minds of the pe

I think you misunderstood me, I supported Trump, but would not say I am on the MAGA side, more like on the side of the Consitution. I swore an oath to defend it twice and intend to honor that

I have heard that, I can’t say that is a bad thing seeing as I married one.