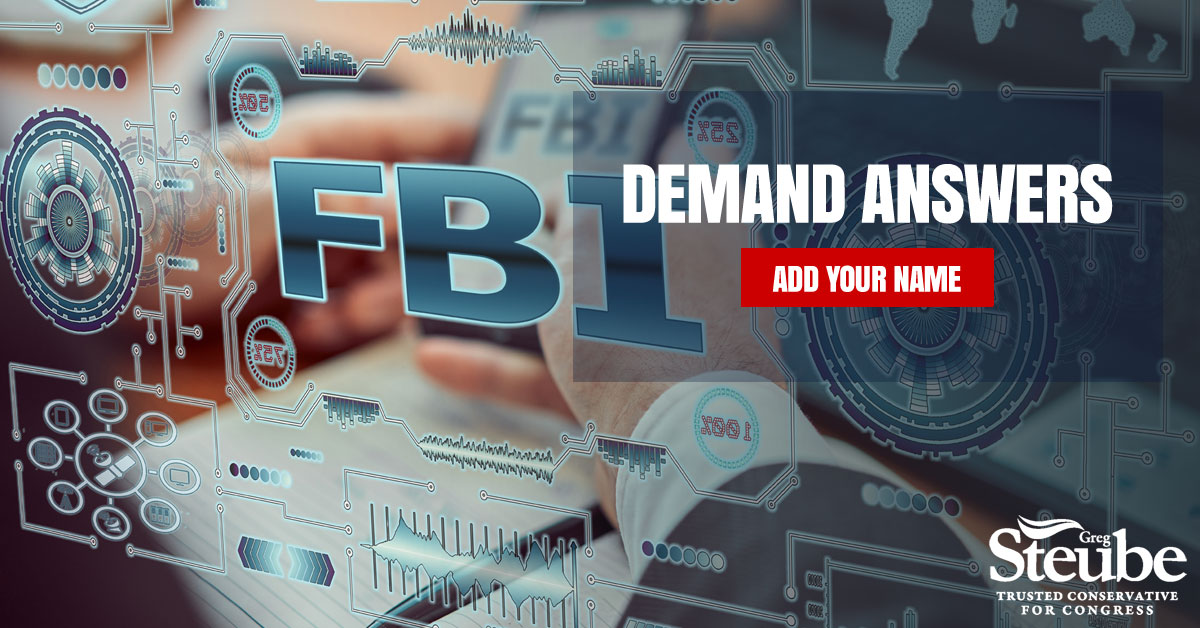 I need to hear from you!

“The U.S. has become a totalitarian state run by deep state, woke, radical Democrats who are hell bent on destroying our country. You want to take Trump down? All this will do is bring more people to his cause.” – Rep. Greg Steube, August 8, 2022

It’s been a few weeks since the unprecedented raid of President Trump’s home in Mar-a-Lago, and we still don’t have answers.

No answers on why the raid needed to happen, no reasons for what they were looking for, even members of Congress on the Judiciary Committee like me don’t have answers.

Fellow Conservative – this might be one of the most extreme examples of the radical Left’s power grabs – and they must be held accountable.

My colleagues and I have sent letters to the Biden Administration demanding answers. The American people deserve to know, and they deserve to know NOW.

Demand answers from the biggest pile of traitors ever? The rat bastards will lie and deny with full media brainwash + propaganda backing their lies.
I admire the effort 101% though. I filed complaints to the DOJ since oblowzo.
NOTHING. No reply - NOTHING. Imagine my complete surprise at that.
You all should see the rat ****ed news here in the tristate area. Makes one puke.
The corrupted “news” propaganda blowfest of bidoom’s BS makes Goebbels look like a kindergartener.

To us yes. but a revered forefather to them

Demanding answers from people who can’t speak without lying is a waste of time. Disregard any information they offer, or treat it as proof that the opposite is true, but never waste time asking your enemy to justify their transgressions against decency.

So ummm… not to be a wise guy or anything but have we crossed that line in the sand yet? Or are we still waiting for some bigger event than the planned fuel shortage, food shortage, $40,000,000,000 Ukraine cover up - cover up, 1000% AR tax, and open assault on what is by all standards of truth the sitting President, DJT?

George Washington did not talk to the British

No worries The Great Unifier is about pontificate and explain it to US. 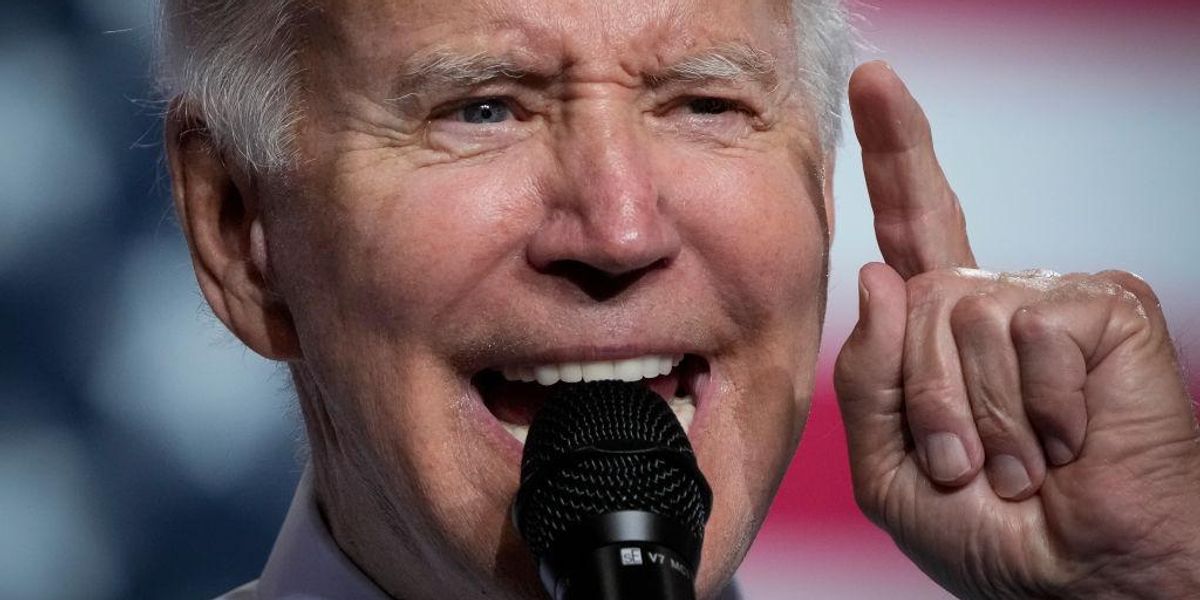 President Biden slated to give speech that will involve discussion about the...

President Joe Biden is reportedly slated to give a speech in Philadelphia, Pennsylvania, on Thursday in which he will talk about a supposed assault against rights in the United States.NBC News reported that a White House official noted that the...

Wanna bet that folks that believe in Liberty and the Freedom of Speech, the R2BA, inviolateness of the Vote, Freedom of Thought, and are opposed Globalism are the problem… 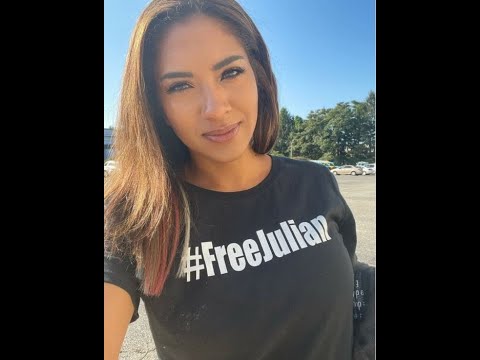 Yup! That and trying to enslave others. 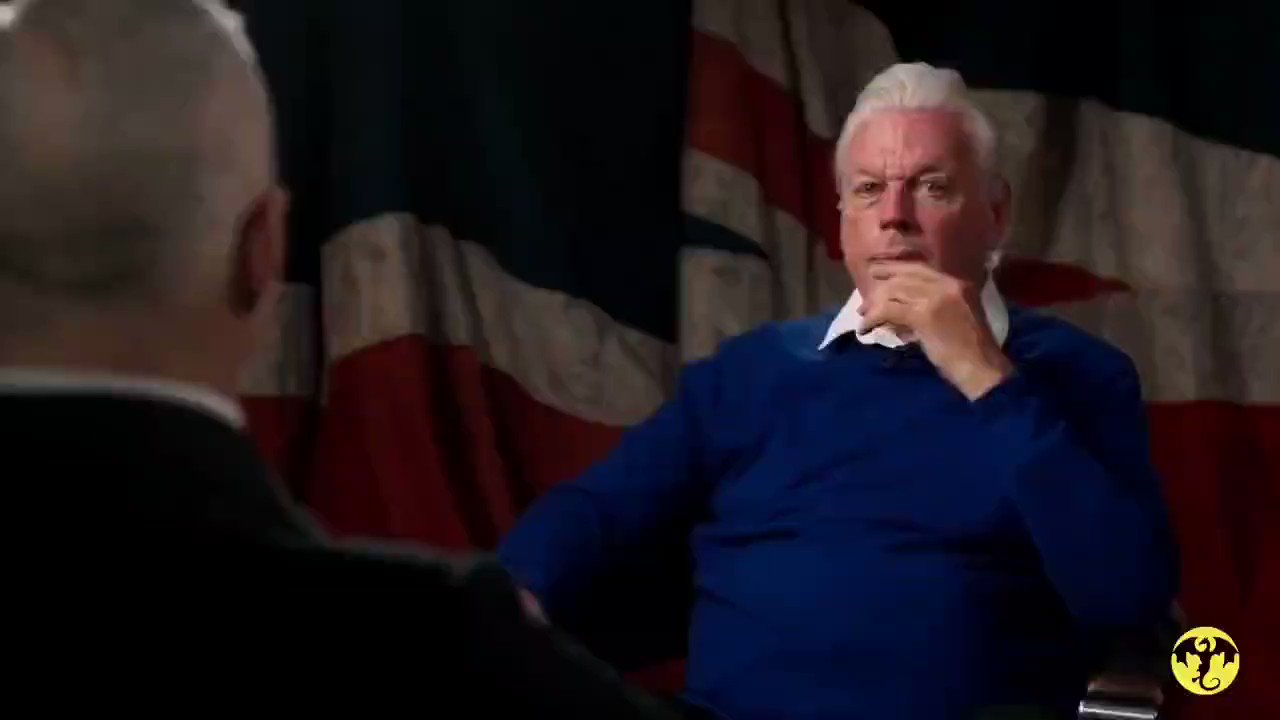 @
World Economic Forum's ENTIRE plan EXPOSED in just 60 seconds— This is what attacks against Dutch farmers are REALLY about...
5 Likes
Quick_Draw_Mcgraw September 2, 2022, 12:48pm #11