How was Dirty Harry able shoot all them bad guys, and some at really long range. In this scene he pulls the trigger, knowing its empty, and still flinches like a first time newbie. Something ain’t right. 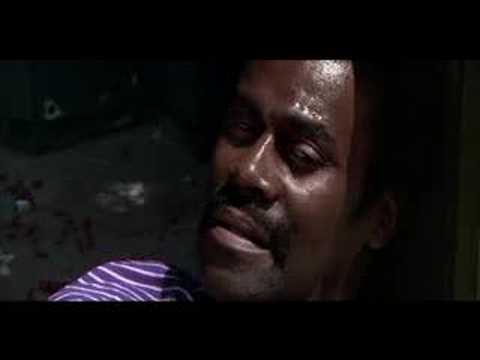 Recurve bows that the string stretches but the limbs don’t move, sparks from ANY bullet strike - even wood structures, bodies thrown 20 feet from a 9mm hit.

At least Clint Eastwood looks cool. Even better in the spaghetti westerns. He made up for it in “The Unforgiven”

I agree with you. But now im going to have to watch all of them again…

the string stretches but the limbs don’t move

Damn it SK, I’ve never noted that before now I wont be able to miss it

Well…yeah…but its DIRTY HARRY ! It’s not like some actor pretending to be a cop. No. It can’t be. It can’t !

hellywierd is trending to making more accurate movies (the John Wick series is good for this). Some of the better movies have folks in the credits who have figured out that no gun shoots all day without reloading them. Now if we could just get them to realize that bullets are what comes out of the end of the barrel and not what goes into the gun to make it go bang! I find “gun people” (even here) to not know the difference between a round/cartridge/ammo/ammunition and a bullet. Sorry, but it’s a pet peeve of mine that gun guys (us) can take their (incorrect) terminology from the people who absolutely hate us in hellyweird.

Duh, I thought a bullet was that car in the old Steve McQueen movie, no?

The new naval “Bullet car” launcher. Skip ahead to 48 seconds in. The launcher is slow to load and a bitch to aim.

Yeah it is! Amazing what can be done with a few transistors and some wire.

I wouldn’t expect anything less. If a topic DOESN’T get derailed, it really shouldn’t be on full30 in the first place.

If a topic DOESN’T get derailed, it really shouldn’t be on full30 in the first place.

THANK YOU!!! FINALLY, SOMEBODY GETS IT!!

I thought a bullet was that car in the old Steve McQueen movie, no?

“Old”? It wasn’t done that long ago, was it? And for you young guys, it’s Frank "Bullitt "and the Mustang was named after him, Jesus.

I wouldn’t have called that a flinch. Just needed to work on his trigger pull

Those old double action trigger pulls were a beotch!
(Even when you thumb cocked it first lol!)