Do you have Quarantine fever?

Quarantine fever or “cabin fever” is no joke!
Lack of productivity.
Thoughts of the shooting range.
Muscle atrophy.

So what do you do to break out of the quarantine fever?

Nope I’m still working and have lots to do at home .

Been reading a bit. Historical stuff mostly. Took up historical martial Arts awhile back and it has me more curious about the context and times it was created in.

These are whats by my bed

“In a dusty German bookshop, the noted historian Joel F. Harrington stumbled upon a remarkable document: the journal of a sixteenth-century executioner. The journal gave an account of the 394 people Meister Frantz Schmidt executed, and the hundreds more he tortured, flogged, or disfigured for more than forty-five years in the city of Nuremberg. But the portrait of Schmidt that gradually emerged was not that of a monster. Could a man who practiced such cruelty also be insightful, compassionate―even progressive?” 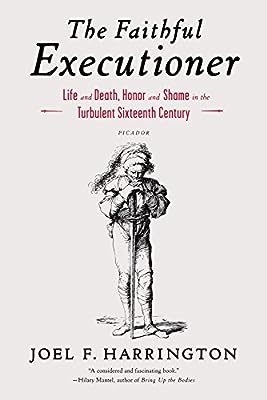 The Faithful Executioner: Life and Death, Honor and Shame in the Turbulent Sixteenth Century

“Born in 1400 in Mainz, Germany, Gutenberg struggled against a background of plague and religious upheaval to bring his remarkable invention to light. His story is full of paradox: his ambition was to reunite all Christendom, but his invention shattered it; he aimed to make a fortune, but was cruelly denied the fruits of his life’s work. Yet history remembers him as a visionary; his discovery marks the beginning of the modern world.”

Nope I’m still working and have lots to do at home .

As am I, pulled 66+ hours this week, not including machining.

Looks like interesting reading! But if I remember correctly you read far more books than even I do.

you guy’s can read…….lol…I am working my 40 and spending time off working on bed rack for my Tacoma, going to go full Expedition/Boondock build as funds permit, or if things really get stupid it will be my load up and hit the woods until I say it’s time to come back…

you guy’s can read…

I work a lot of hours and I read on my lunch/breaks sometimes or when watching my kids. I wanted to go camping but all the parks are closed here and they are fining people for everything as of late.

We have state and national forest close to me, I know some of the state stuff is closed, but not sure about the national refuge area’s ? either way I have a few places I can hide away…

…well that’s a thought! I like that. Time well spent if you ask me.

they are fining people

Yeah, that’s got to stop!

Funny, I just bought some land adjacent to federal, they just recently went though and made their boundaries very clear…

Holy crap that is cool!!!

Yeah, that’s got to stop!

Plus the Bigfoot up here asked everyone to be considerate with social distancing.

Not me.
Thanks to all the neat old tv shows from years past, I’m never bored.
Shows like Have Gun Will Travel.
Heck Ramsy, also with Richard Boone,
Cimmaron Strip with Yet another Boone and Stuart Whitman
If that’s not enough there’s the Sea Hunt with Loyd Bridges, the father of all the other Bridge clan.
If that’s not quite enough, there’s my airgun range in the garage.

Still working and putting up with the ongoing stupidity.
Getting real tired of this crap.

Getting real tired of this crap.

Yeah me too. This a Fake Kung Flu has got to go.

Doing all those things I didnt have time for. Installing a new motor in an old truck, installing parts on the Harley that have been in the closet for several years.
Gonna get some reloading time in too.
Hope Im grounded for a few more months, so much to do

Kung Flu has got to go.

No, its these NWO politicians that need to go