Does anyone have a canned bread recipe?

I was going to order the LDS Manual but wasn’t sure if it had recipes in it for canning.
I’ve never canned bread, cake or brownies before in my canner and wanted some proven recipes, if yall have any. I also plan to mill my own flour for these when I can find a hand crank mill that isn’t crazy expenisive. I have some pamplets from someone at the Church of LDS which gives ingredients for bread and how much wheat I will need, etc, but it doesn’t give instructions for actually making it.

Also, has anyone had canned bread? Is it any good?

not sure about the taste - but it might make you happy 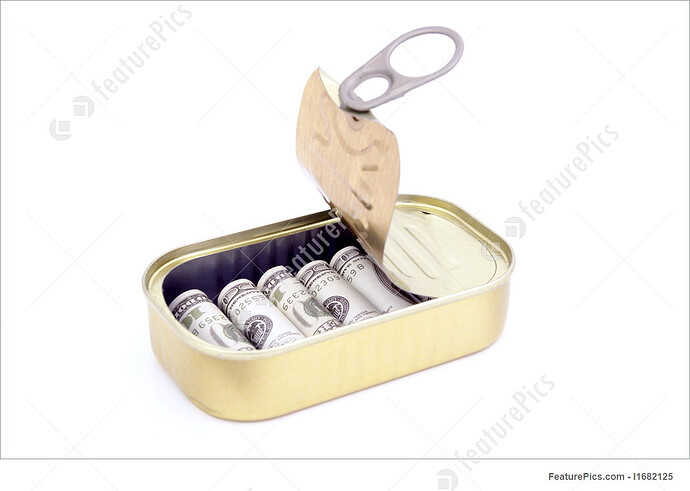 Oooh. Green bread. Let me know when you come up with the recipe for that. Currenlty my canner does not produce such wonders.

It is no coincidence that the method used to bake this bread, steaming, is similar to one used by the native Indians of New England, who taught us how to use corn as a grain for bread. The most famous of our region's breads, this wholesome blend of...

using the mason jars with lids ready to cap - once the bread is “done” seal the jars just like you were jamming.

however you might just want to read this first

New England Brown Bread comes to mind, but unless you make it fresh and consume it soon what you would want is the stuff already canned by the factory. FWIW, it’s delicious.

I regularly make Bannock aka Camp Bread that is super easy and tasty. I especially like it with beef stew or soups.

1 cup flour
1/4 tsp salt
1 tsp baking powder (if you stock Bakewell Cream it will last forever w/o going flat since it also uses the separate required component of baking soda)
liquid of choice, water, milk, beer, whatever
Any grease or oil of choice
Optional: herbs and such for flavorings, garlic, is one that comes to mind.

Thoroughly mix the dry ingredients, then add enough liquid to make a very thick batter, much thicker than you’d make for pancakes, but just short of it being a dough. If using Bakewell Cream don’t dawdle as it rises all at once and not at all once the fizz is gone (single acting). Add the batter to your preheated and greased pan. Adjust the heat to allow the bread to brown and crust up nicely on the bottom w/o burning and to cook through. The bread will be at least an inch thick, so it will be cooking before flipping for at least 10 minutes to allow it to cook through. Adjust the heat appropriately to allow that. Too, the grease used imparts flavor. I’ve used beef fat, bacon fat, lard, butter or ghee, and various oils. When the first side is done add more fat, flip and cook the other side. The goal is to have both sides browned and crusty and the center cooked through, set up, and not “doughy”. Again, this takes time so don’t be in a hurry. Too, more fat can be added as the bread cooks. Could one use yeast? I don’t see why not, it would just take longer for the yeast to work before frying the bread. I’ve also used 1/2 flour and 1/2 corn meal. Could you use other grains? Sure, as long as you have some sort of binder in the batter. With the flour/corn meal mix the low gluten flour acts as the binder.

Bakewell Cream is only commonly available in stores in Maine and some other New England stores but it’s available through mail order for everyone. It was developed as a leavener that didn’t use war time chemicals during WW2 but it’s used in camps and homes today because it can be shelved for years and it always works since both components aren’t mixed until one wants to use it. It never goes flat because of that and always works. Be sure to read the directions on the can.

Here’s the manufacturers link but it’s also available through other mail order sources. Click me.

I have no idea what the distribution of the brown bread is but here’s the link. It also has other mail order sources. Click me.

Thanks for that recipe @BrianK and the links. And I so loved the way you asked your own questions then answered them. Awesome!
I guess some fry breads are a great option for SHTF if I can’t can any.

I bake sourdough breads and often the bread gets hard to cut before I’ve finished eating it. I then saw it into cubes and make croutons (toss with melted coconut oil and salt n pepper and bake). I put them in a baggie when cooled. I use them when I serve soup/stew. I have been wondering about storing the croutons but the article above about botulism makes me nervous. I was thinking of vacuum sealing the croutons (so we’d be removing, instead of introducing air with botulinum spores) but croutons can be sharp and I bet they would poke holes in the vacum seal bag during the process or handling/storage.
What do you all think?

Croutons are no problem as long as they are fully dehydrated. I’d be more concerned about mold than botulism in them but that will only happen if they aren’t fully dry. With oil added they would go rancid if they didn’t poke holes. Rancidity won’t kill you but you also won’t want to eat them. Botulism needs water to thrive. Most things do.

Hardtack might also be an option. There should be recipes for it on the 'net if one does a search.

Yeah the rancidity thing is a problem with oils, which is why I use coconut oil over olive. But I don’t think long term storage will work even with Coconut oil. So I’ll just do naked croutons and see how that goes-thanks for the feedback!

You guys got me curious. Look out when that happens!

Leave out the butter in these and they should last a VERY long time. (and not break teeth)

But this is what I was really looking for. Like lifeboat survival bars, but make them yourself. Have you ever had Mainstay bars? Delicious and they’ll make you fat.

These links are great Brian-thanks for posting them-now I want to make hardtack and pemmican. I think I will use Einkorn (primitive wheat) flour to make them- it has a high lutein content and higher protein content than conventional wheat. It tastes great too! (albeit more expensive). I can tolerate it much better than regular wheat.

Let us know how it works out for you. I’ve been wanting to make some for quite some time now but I just can’t find the time. But I’d rather make the homemade lifeboat survival bars. The Mainstay brand is delicious and easily chewed. Other than vitamins (carry a multi-vit) I think it would sustain for a very long time especially if bean flour was added in. One would need to figure out the amino acid mix to make a full protein.

Vac’ pack the pemmican and get all of the air out and it wouldn’t go rancid and can’t spoil since the meat is dry and submerged in oil/fat; it simply can’t spoil. That’s a trick for storing meat without spoiling… Render the animal fat, and cook the meat, then immediately submerge it in the dry (no water) fat and it will last a very long time without spoilage. But it can’t be a layer of fat over “soup”.

that works for frying pans too so that they don’t need to be washed after every use.

Canned bread??? Hostess figured that out many years ago. 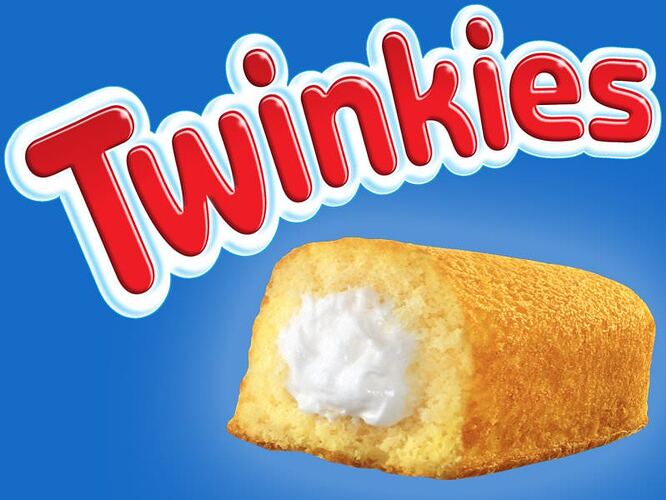 Good for a hundred years or more.

I will definitely post my experience with it here! I think I will do a comparison of conventional wheat v einkorn hardtack.
Bean flour is a good idea, too. I would soak the beans and then cook and dry them into a powder first, though. Makes it more nutritious and digestible.

So now I am going to need a dentist when SHTF from eating the sea biscuits?

You’re right @SteelPinger . What was I thinking? Twinkies it is. Sounds safer than the molar breakers @BrianK was suggesting.

But seriously, I do need to try the recipe for the hardtack despite the sales pitch being a serious failure.

If you also pack Ring Dings or Ho Hos you’d have balanced nutrition.

I don’t know about the “LDS” but in New England the canned bread is brown . . . and mostly a way to hold butter. It’s good fried or with a sweet (brown sugar based) sauce as a stand in for “plum pudding” type desert.

Classic Boston brown bread studded with raisins and steamed in a coffee can.

With dried yeast there really isn’t a need to “can” bread. It can be made better when needed from very stable ingredients. My wife used to make it on our sailboat in a pressure cooker with the pressure control weight off.