Metal music plays as we gaze across a bleak war torn land scape. We’ve done it AOC has been over thrown as the Emperor of the American Collective. A charismatic leader, who lead the charge and won the Day now reigns but quickly turns tyrannical. His policies are great- mandating all law abiding citizens must be trained and armed with at least a pistol when in public. But power corrupts even @LonewolfMcQuade who mandates that pistol must be a 1911! All other designs are lesser and hence outlawed -Hail Browning! And ignore the heretic lies of the cult of the Hi Power.

So now you must use and carry a 1911, to comply with the law. Well at least for now, until this anti Combat Tupperware tyrant can be brought to heel.

Given this which 1911 do you choose. Note: money is no object because part of the @LonewolfMcQuade defense budget is supplying every citizen with training, a rifle and a pistol.

I would keep the one I used to fight aoc my Springfield loaded .

I think I would rather just be put in jail and serve my time then. And if it means the death penalty then I will go down as a marter.

@LonewolfMcQuade who mandates that pistol must be a 1911! All other designs are lesser and hence outlawed -Hail Browning!

oops, sorry, caught up in the moment, I meant, good job @LonewolfMcQuade

With the above parameters and clearly @Robert being the new head of the DOJ. I’m going to go against two things I usually dislike 1911s and Springfield (hopefully @LonewolfMcQuade fixed their board & politics since the AOC War).

I usually am not enamored by Springfield or 1911s but I must say the Springfield TRP 10mm RMR checks so many boxes. I handled one and it ALMOST swayed me to the dark side. 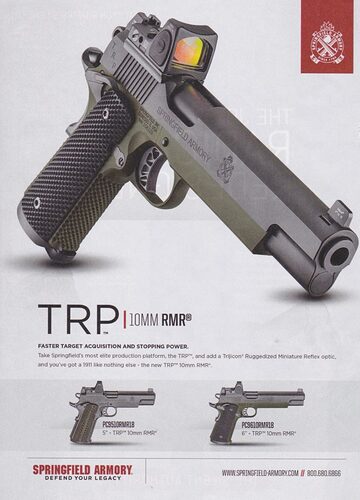 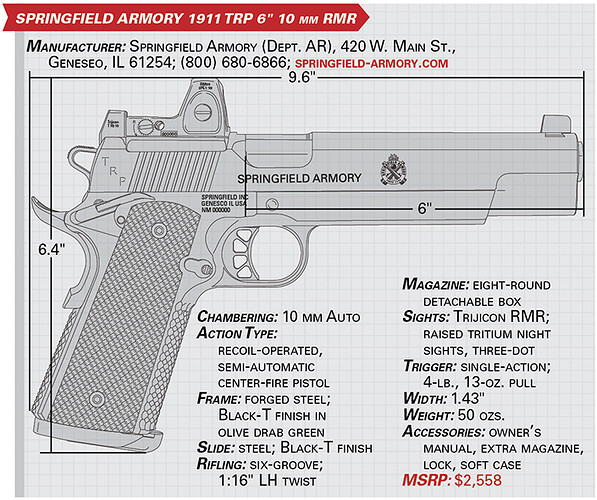 Just NP3 Plus everything but the frame, slap some mammoth grips on it, add a bonus match threaded barrel (7-7.5”) and carry bob the bottom of the frame (or what ever the cut on the below picture is called) 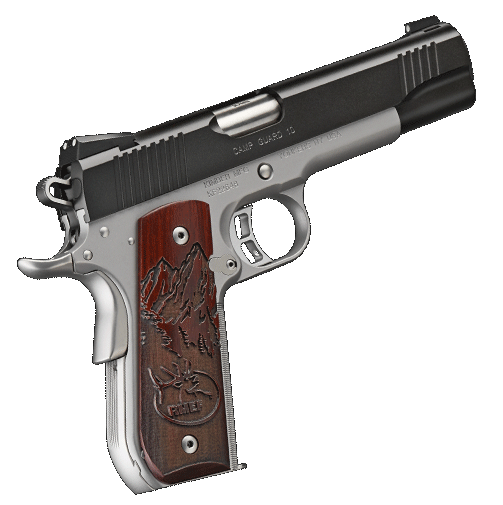 Bam in my perspective as close to perfect a 1911 can get.

Cool, I don’t have to do anything to comply.
9mm lightweight Commander in 9mm, don’t care about brand as long as it goes boom every time. 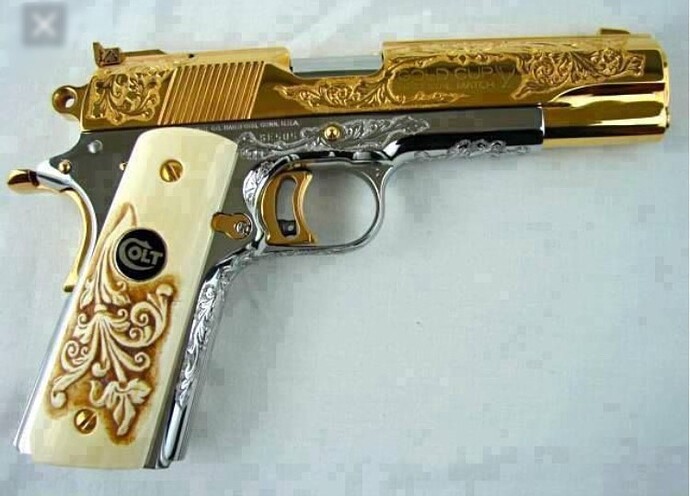 Then make mine a Colt…

Given this which 1911 do you choose. Note: money is no object because part of the @LonewolfMcQuade defense budget is supplying every citizen with training, a rifle and a pistol.

Thought I’d share the 1911 that started my obsession. Visited the wife’s family today and snuck out the 1911 for a glamour shot. Damn, I love this thing. Not bad for a 105 year old girl. I want this thing so bad it kills me. I temporarily forgot it was an US Army and not a USN, so I think I need to go correct some recent posts either here or on another forum I made where I misidentified it. [IMG_6628b] [IMG_6629b]

The reason that Lord Lonewolf has ordered all citizens to own a 1911 after the great war is because all the plastic weapons melted and were rendered useless in the flames on the battlefield. Only the superior, proven steel 1911’s survived , allowing the accurate, immortal, deadly weapon of the gods to be reissued to the patriots.

Yay, my Star BM is saved in this steel only wasteland!

I’d stick with my Remington R1 that I carry now.

Hasn’t failed me yet!

Love mine, never an issue either

What mags do you use in yours? The magazine that came with mine had issues feeding hollow points so I switched to some Wilson combat mags.

Hey all, I wanted to spark some discussion over what everyone things is the best 1911 to purchase. If someone was only going to buy ONE, which would you prefer? I think it would be reasonable to use the two following criteria: It would need to be practical as a range/nightstand gun and not only a Safe Queen but worthy of mention. So I’m not talking about your $2,000+ 1911s. So what do you all think? If you already have it show 'em if you got 'em. This is a link to a blog post of which 1911 I’m…

I am looking for three 1911 handguns (one each in .45 acp, .40 s&w, and 9 mm), that are both reliable and accurate. Also, would prefer a full length guide rod, stainless steel, and (relatively) easy to take down and reassemble. Strongly prefer under $1,000 USD (I know prices can go much higher, but my budget can’t.) Any suggestions? Thank you!

Whats the best value for a 1911 under $1200. These are most of the real popular ones. I consider Dan Wesson’s line-up the best value but they cost a bit more. poll

Here are some discussions we have hsd on 1911s, if youre interested.

Im not a snob and not very much of a 1911 guy due to being a cheap ass. Ive always liked Colt 1911s though, they offer the most forged components for the price. Outside of that @switchpod and @KeithP make a good case for Sigs 1911s with the external extractor. Which im kind of warming up to the design after looking at it more. If and when I decide to stop being a cheap ass I might go for Sig, Colt or Dan Wesson 1911 but one of these is like 2-3 Glocks.

And as far as @LonewolfMcQuade goes , he has a bald head and ive always suspected him of being an undercover Nazi Stormfront spy so your accusations might be correct.

I didn’t have any issues with the factory mags. Shot a few hundred 200gr hp through them. But I primarily carry and use the wilson combat mags as well for all my 1911’s.

Really carrot top? You’re the 1st to be imprisoned when my Reign begins…

I didn’t have any issues with the factory mags. Shot a few hundred 200gr hp through them. But I primarily carry and use the wilson combat mags as well for all my 1911’s.

Wilson and McCormick mags were my favorite. Shittiest factory mags to me were RIAs.

I had problems with every Chip McCormick mag I ever bought! The follower would extrude outward failing to feed the last round 80% of the time. Buddy of mine has a mag tool I think will fix that issue.