This kind of emotional attachment and feeling of superiority because you bought one thing instead of a different thing is completely pointless! Skill is more important than gear, but people seem to think they are better at “guns” because they bought a particular gun. Buying gear doesn’t buy skill.

We need to cut this toxicity out of the community and unite against the anti-gun movement.

It’s been my experience that the people who are overly concerned with their stuff have more than likely ignored learning how to use their stuff and are best avoided for one’s own safety.

They often think buying gear means they are buying skill.

I have two guns with the same emotional attachment stories behind them, which I brought up and showed in the video.

Emotional attachment as a superiority complex because of Tool A instead of Tool B is toxic.

superiority complex because of Tool A instead of Tool B is toxic.

That is a beautiful single shot rifle that you have there. It looks like it’s in great condition from the video.

Sometime’s it is important to understand that Tool A is objectively better than Tool B though.

Correct - but I am not a better person because I bought Tool A and you are not a lower level being because you bought Tool B.

Glock fanboys and 1911 fanboys are particularly bad about stuff like this. John Doe is not a better human being because he spend $2,000 on a Glock and I spent $600 on a PPQ - especially if I were to train weekly with the PPQ and he goes to the range twice a year with his Glock. But at the same time, Hi-points are decently reliable, they just aren’t very durable. I’m not going to look down on another person because they are low income and can barely afford the gun they have.

That’s the primary point I’m trying to make with the video. The infighting and superiority complex all because of a tool, is toxic.

That is a beautiful single shot rifle that you have there. It looks like it’s in great condition from the video.

It is in a nice condition. It’s a .410 shotgun actually. Quite the heirloom - I can’t wait to pass it on.

I would say emotional attachment and fanboyism are two different ideas

I get emotionally attached to objects, it’s what I do, but I also cherish and take care of them as a result. I love my Star BM and I take great care of it. It’s my best friend and a companion along with my wife and dog. If I could only pick one of my current firearms I own to bug out with that’s it.

I wouldn’t say the toxic part of our group of fellow 2A members isn’t because of their emotional attachment but more of a sheepish juvenile superiority complex out of emotion. I think there is a difference.

The glock vs 1911 or 9mm vs .45 debate is precisely proving my opinion. I prefer steel but as you all know I don’t hate Glocks or polymer. They all serve a purpose but looking down on someone because you prefer one over the other is a psychological problem not an emotional one perse.

Hell I am one of the few who will admit to buying a HiPoint C9! My favorite range pistol and truck gun. If stolen I am out a whopping $129! Dang thing is accurate, reliable and can handle abuse.

My HiPoint is well over 5k rounds, been deep cleaned once, never fails to go bang when needed…

HiPoints aren’t durable? Have you ever watched the destruction tests and they kept on running?

For the cost, the C9 is probably a great piece (I don’t have any experience with it)! But if money wasn’t a factor, would you choose it over an STI 2011?

I would still pick the C9, this is a truck gun that gets dusty, rarely gets cleaned… no way would I carry a $2k pistol around all the time in the truck safe. Plus the C( does what I need and is a good value once you know the quirks(almost every problem with them is the magazine feed lips being to far apart or the follower spring is in backwards!). I did polish the feed ramps per recommendations on the HiPoint forum and it made feeding a lot less gritty feeling.

Plus the weight of the C9 soaks up the recoil making my carpal tunnel happy!

If money wasn’t a factor in any way shape or form and you could have 1,000 2011s or 1,000 C9s which would you choose? I personally would prefer the easily controllable, highly customizable, ultra-reliable precision machined handgun versus the the cast single stack piece.

There is nothing wrong with owning a Hi-point, and I absolutely support you if you do. But this is the other side of the argument; you need to understand the limits to your firearms, whether it is a Glock, high-end 1911, or a dirt cheap pistol. I’m not saying you’re a worse person if you own one over another, but you need to see why one may be tangibly and objectively better/worse than another without opinions getting in the way. It’s a need for objective reasonableness.

Wow, saw some @Tactical_Reviews in that video…

I’ve been bragging about my hammer for 20 years 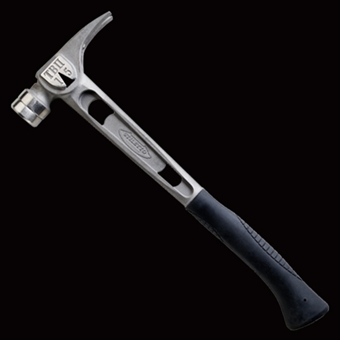 .
No, never made me a better hammerer, no, the right to pound and pull nails is not under direct attack

Why cant someone be an emotionally attached fan boy and take training seriously?

My great uncle is/was A Marine and from the sounds of it he was almost married to his rifle. Even sounds like he had wedding vows with the “this is my rifle…” stuff

As derailment is the norm here

we didn’t find it

No, not bad, as my Mom was the one to buy both me and my stepdad one for Christmas its more of a keepsake, like Brians 4.10 shotgun, and as I prefer my paslode or pneumatic guns its mostly just been used to pull misfires