Accepted into service in 1938, this revolver features a spurless hammer and is double action only. Chambered in .380 SAA ball, it also accepts .38 S&W. Muzzle velocity is around 600 FPS. The trigger pull is HEAVY. With it’s bobbed hammer, it’s sometimes referred to as the tanker model. For those with a sharp eye, the holster is dated 1952.

This is a robust revolver, and will take some abuse, but beauty is in the eye of the beholder. My example is missing it’s lanyard ring. 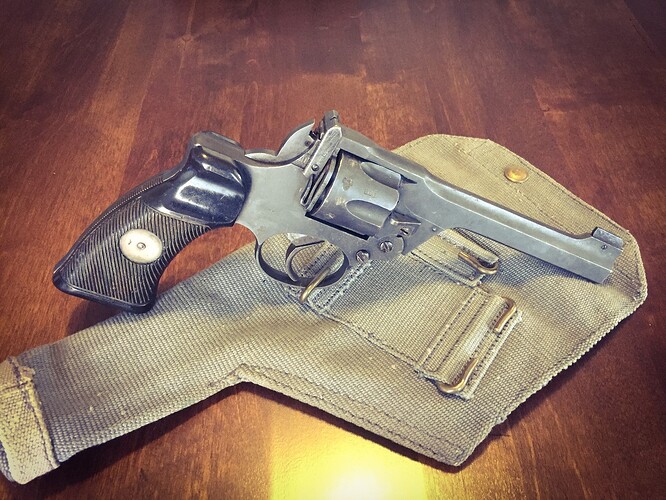 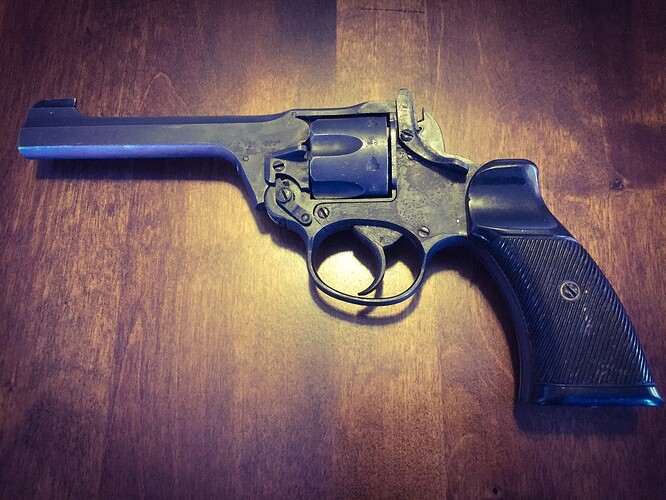 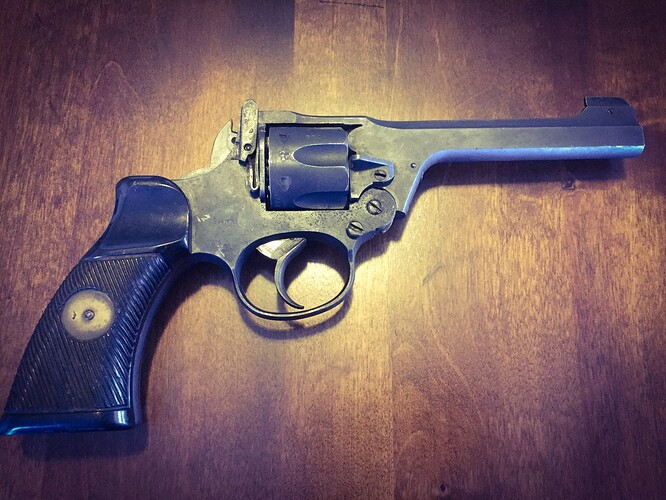 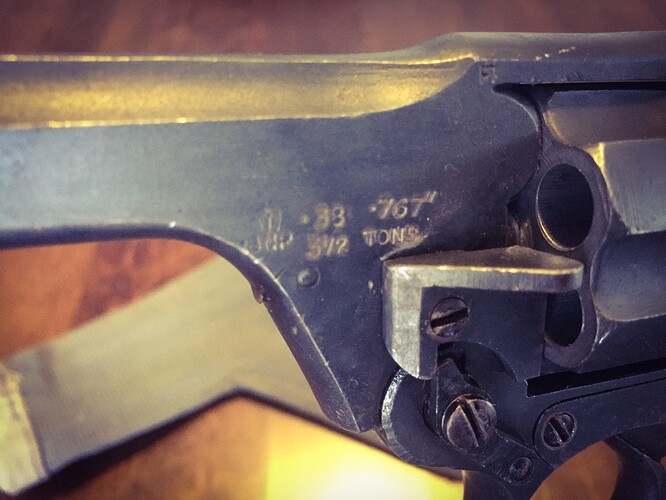 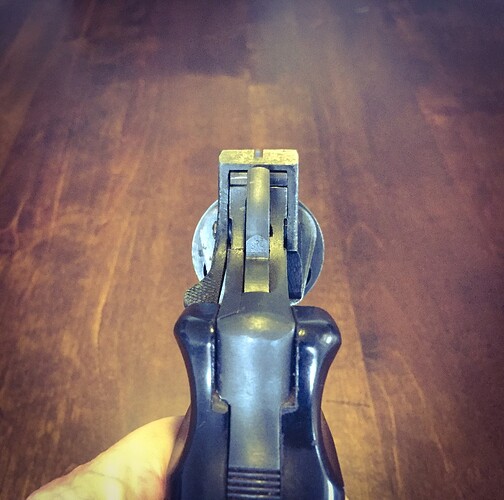 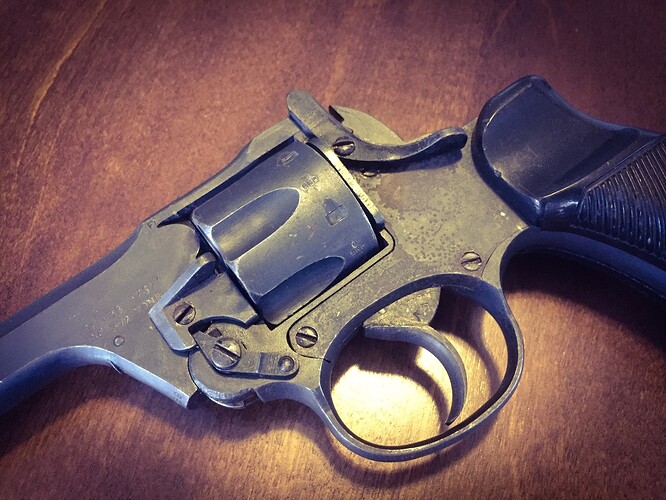 Still, it’s a great piece of history and fun to shoot!

If you’re into British WWII kit, be on the lookout for one. Throw some lead down rage (slowly), and keep the Jerries away in the process!

Beautiful pistol!
Do you know the differences between the Enfield and the Webely?
I’m not very knowledgeable in this arena.

Do you know the differences between the Enfield and the Webely?

the factory that they were made in - there was a bit of a scandal involving the Webley MK6 and the Enfield MK2,
@ TOG you should ditch the RAF holster for a RAC one.

@switchpod I’m no expert but the Enfield was a competitor to the Webley, and ‘borrowed’ design features. Lots o’ legal problems and infighting when it was introduced.
@srdiver I found that holster in a pawn shop around here. If you have an RAC holster just laying around I’ll gladly take it off your hands! 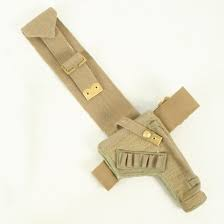 and boy are they expensive on Ebay

You’re not lying! Lots of reproductions floating around too. IMA used to have some, but they’re sold out.

Issued to British Tank Officers in WWII for use with the .38 caliber Enfield, Webley and Smith & Wesson Revolvers. These were intended to be worn really low with the holster almost at the knee to minimize any bulk around the waist which might...

I’m pretty partial to my RAF holster. I was in the Air Force myself so there’s that, and the price was right.