I think most of you know now I have been a professional gun smith for 30 years. That’s quite some time working on all kinds of firearms.
Well all those years I have been very lucky. No major issues till yesterday.
I have always had issues removing Weatherby and Howa barrels for threading.
Others have too! I have had other “gun smiths” send me barreled actions to separate them.
Well yesterday I heard a noise no one in my trade wants to hear. A secondary pop and a feel in the wrench that means trouble has struck.
While removing the barrel after the initial release, the wrench ground to a halt. I froze… tried to go back… locked up solid.
After muttering a swear speech I had no choice off it comes.
I used heat… then more heat. Slowing working it with break free trying to get it to let go. Then the pop… taking off the action wrench I had split the upper part of the action clear into the first scope mount hole.
Ok, with it now broken, gloves come off.
I cherry red that bastard and put a 3 foot breaker bar on it.
After a 1/2 hour, I have it off. Barrel? F-ED but it could be cut down and rechambered into something else. The action? Destroyed
I will post photos. 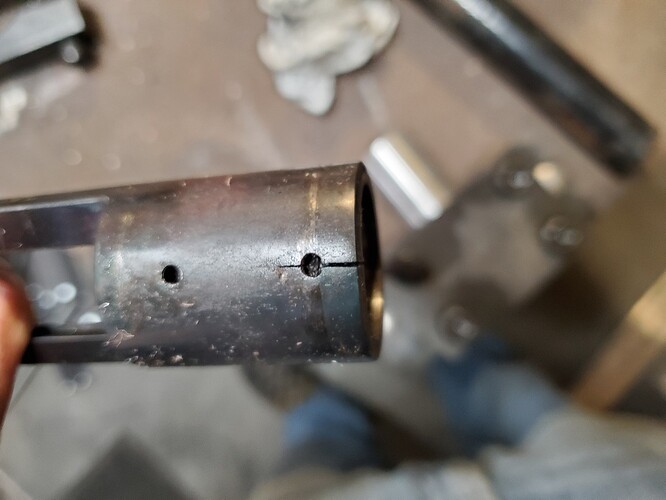 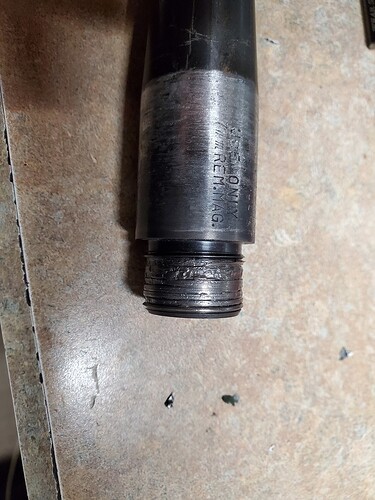 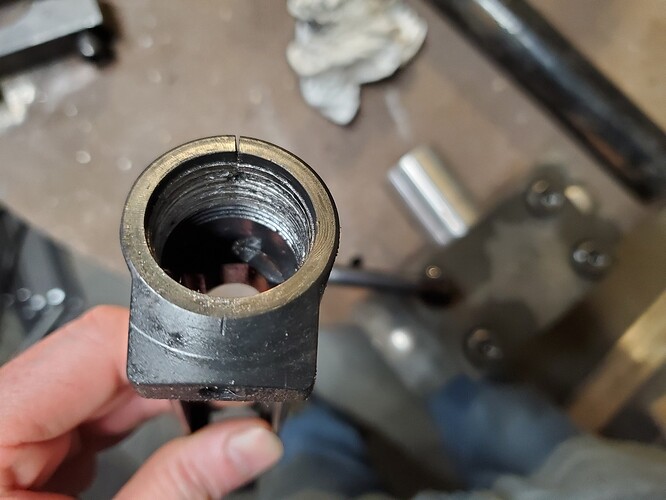 You may be wondering what a professional does in this situation… well, I messaged the client, sent photos, asked what he would like to do.
He was having issues with accuracy with that Wheatheby so he decided to go with a Remington 700. One is ordered and on the way.
Hard lesson.

What is the cause of the frozen barrel?
If it is carbon may I suggest you use Stoddard Solvent and soak it.
Stoddard Solvent also known as PD680 in the military; dissolves carbon.
I use it when I replace my plugs on 4.6L Ford.
They have an extended spark plug that carbons up around the extension and freezes the plug in the head and they tend to break off in the head.
A really common problem on 4.6L engines until 2007 when Ford revised the heads.
Stoddard Solvent literally turns the carbon to mush.

Just a suggestion if that is the issue for the next one.

The issue is that Weatherby and Howa use lock tight on their actions and this can cause some serious issues. First time this has ever happened though. Hahahhaa

Quite a few companies like Savage use lock tight on their muzzle brakes. But if I destroyed the end of a barrel and I fix that!

hmm accuracy issues and a galled threads - not wanting to throw you a life preserver but I would be leaning heavily towards a cross threaded barrel.

hmm accuracy issues and a galled threads - not wanting to throw you a life preserver but I would be leaning heavily towards a cross threaded barrel.

^^^^This… all day. From my observation of the pics you posted it was inevitable -not your fault.

Yes… from the factory. But I touched it so I biy a new gun.

Oh, I thought it was just being fussy… so I persisted. That cost me a lot of money. Hahhaha 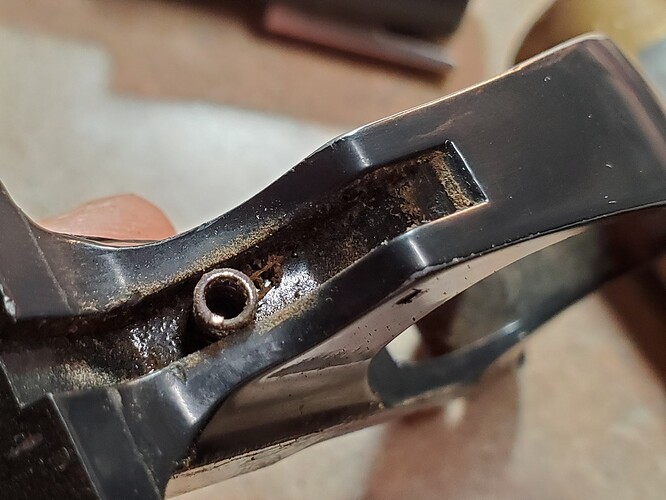 Loctite is a Cyanoacrylate (Super Glue) and can be dissolved with Methylene Chloride dichloromethane or DCM.
Loctite even makes a dissolver for it called Loctite Chisel #79040 they advertise as a gasket remover.
I have heard Permatex Gasket remover is the same basic formula.
There are some Paint Removers that use it as well but watered down.
Acetone and MEK work as well but not like DCM.
The aviation and automotive industry has been dealing with Loctite for many years.
And dammit wear gloves and don’t breath DCM in.
It is not a “Safe” chemical to use but it works.

Dosnt it chap your butt

that he choose a Remington 700 and you are paying for it?

Hahahaa yeah sort of… but they are easy to thread the barrel.

That is really good to know!!! Thanks!

That’s the stuff that makes you sick to the stomach. sorry to hear you have to buy a new gun. sounds like he’s comin out the better for it.

This is where Savage really shines since they use a barrel nut. Its the only bolt gun I will change a barrel on.

So, Savage Arms is Ginger approved?

So does Ruger now. A lot of companies are going this rout.

So does Ruger now. A lot of companies are going this rout.

What ones? Its always been a selling point for me.

Ruger and Mossberg are doing the locking ring I know