This is the first time I will post here, so let me introduce myself. I’m a guy who, while don’t live in the US, interests in firearms from times to times. I like pistols and rifles like AKs, and ARs and you know the deal.

I came here due to the recent youtube “purge” of gun channels, specifically demonitising them or so I heard, probably due to recent school shooting. Seeing that people are migrating over here, I find it ideal to have some talk about the situation.

Now I’m not an expert when it comes to politics; one of few things I know is there’re 2 sides, the liberals and conservatives. Judging from the people here, I can tell people are generally right-sided so biases seems to be expected. Neverthless I would like to hear your thoughts, as well as explain to me regarding to this gun controversy.

In the U.S.A. we have the Second Amendment, which states clearly, the right to bear arms shall not be infringed. This goes back to how our country started. The British attempted to take away all of our weapons in order to better control us. To ensure that no government could ever control the populace again, our founding fathers included the right to bear arms into our bill of rights. Our government is supposed to be controlled by the people, not the government controlling us. As we see throughout the history of the U.S.A. and other countries, the more laws we enact banning guns, the more violent and crime ridden those places become. School shootings for example, in the 90s the U.S.A. banned weapons from schools (started being pushed in 1990) and also had an “assault” weapons ban in place, also in the 90s was a record amount of school shootings. You would have to tale all school shootings from the 60s, 70s, and 80s combined to beat the 90s. I don’t see this as “left” vs “right” as I am a more middle line policy person, except for when it comes to gun laws, all of which I believe are an infringement. We live on the country of the free, you should be able to do what you want as long as you aren’t taking Rights away from someone else.

As originally planned our government was to be small and unobtrusive but when you have a large segment of the people who think the government is there to take care of all their wants you get what we have now.

You’re definitely right. It was designed to not get anything done unless it was the will of the people. But ya know… one vote majority and all tends to change things.

In this one Liberals are wrong the authorities dropped the ball. Nothing else. 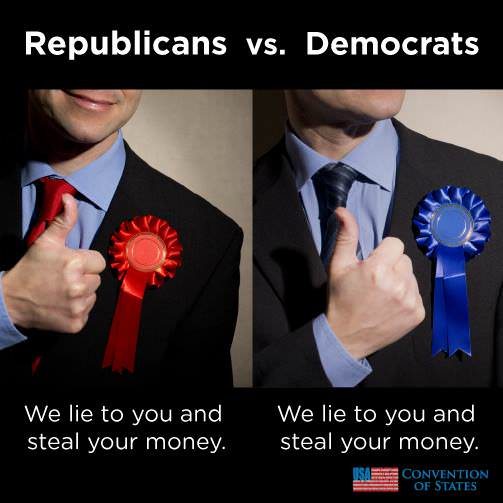 It is all Lie’s to enrichen the elite and see who can keep power to control everyone else.