The end game of identity politics.

" But for all the left’s obsession with victims, the demographic facing far-and-away the most open bigotry today is the oppressor class, white Christian men. Nowhere is this more evident than in the indoctrination mills of our universities, where entire Women’s Studies and Ethnic Studies departments extol the righteous victimhood of the oppressed classes, alongside proliferating programs on “deconstructing whiteness” and “toxic masculinity.” In response to the Covington controversy, Kevin Allred, a white man and purported educator who teaches a course in “Politicizing Beyoncé,” tweeted that “white people really are terrorists. whiteness is terrorism.” Substitute “blackness,” “Jewishness,” or “Muslims” for “white people” in that tweet and there would be a flood of hate speech accusations and a Twitter ban. But because the left has made it culturally acceptable to spew hatred at whites, Allred will face no consequences. Whites who object to this are dismissed by the left as whining snowflakes – proving the point that blatant bigotry against them is acceptable. "

Yeah but give them a city we built and… 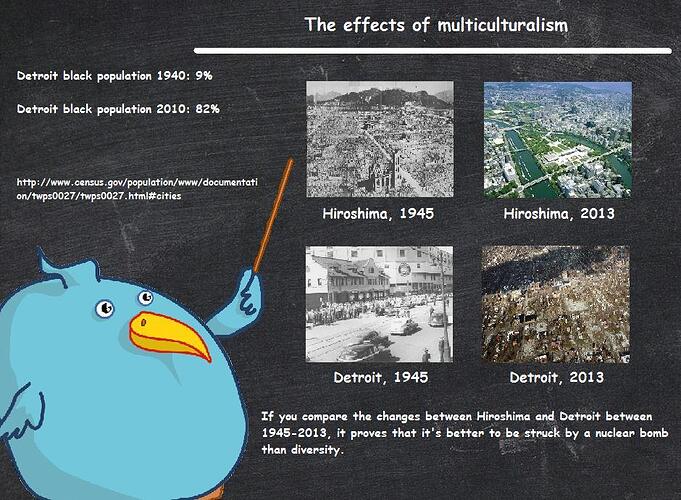 Yeah but give them a city we built and…