I learned something valuable, so listen up. But first, look again at the price and quantity of these ammo boxes. 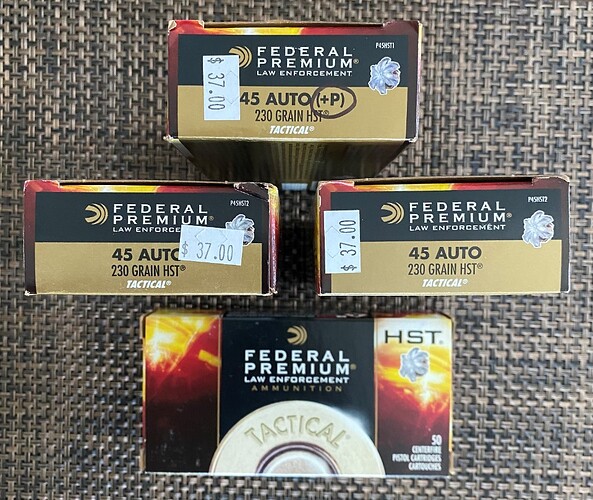 It’s not an optical illusion or Photoshopped. I purchased this premium LE self-defense ammo on sale this week for $0.75/round. This stuff usually sells for $1.00/round or more during normal times, but I manged to find it on sale at a local gun shop.

Obviously, I asked the same question that you are probably asking right now; “How could this ammo be on sale during these crazy times?” Well, the store employee informed me that Vista Outdoor (parent company of Federal, Speer, and others) manufacturers a dedicated run of ammo for federal/state/local law enforcement agencies. Any surplus ammo that isn’t sold is redirected to the retail civilian market at a discounted price. This happens once per year…which is now.

Take advantage of the current deals or take notes for next year.

Winchester Ranger’s been the same way at times. People who don’t know scoff at it. I just smile and ask for seconds.