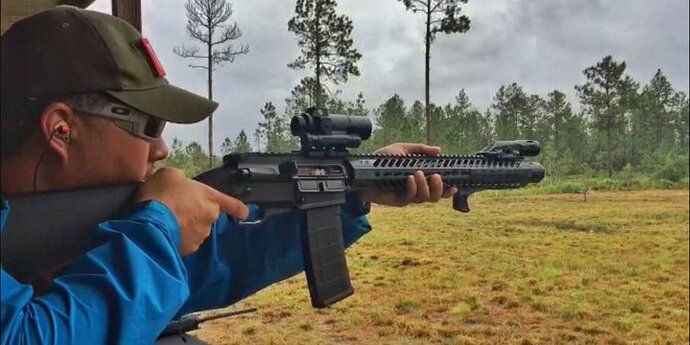 FightLite SCR - Not Just A Compliant Rifle - The Mag Life

The Fightlite SCR is an interesting design with features drawn from many sources, including the Benelli shotgun, Remington 870 - and of course AR 15.

Just move to somewhere that is still free.
There are LOTS of semi auto rifles that work better than the ar15 system.
The best reason to use an Ar15 are all of its attributes combined.

I like the traditional rifle look and the fact it can use any AR upper. I also really like their wood furniture version pictured in that article! They seem kind of pricey, though.

The article touched on the semi-auto operation of it, but I still don’t understand how it works. I’m somewhat familiar with how the AR buttstock and buffer spring/tube assembly works for the AR, but I’m still curious to know how this one works.

I’m somewhat familiar with how the AR buttstock and buffer spring/tube assembly works for the AR, but I’m still curious to know how this one works.

Its probably not really that far off. 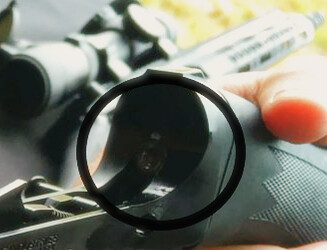 That carrier device appears to be roughly the same size and shape. Potentially they could have put a spring system in the butt end of the stock following butt stock screw path.
6 Likes
Jeff300 September 2, 2019, 2:13am #5

I like it, has a few bugs to work out but a good idea. Maybe go with a non reciprocating side charger to keep the skin on the thumb or arch angle style lowered grip area. Not to infringe on patents of course.

That all most looks like a leaf spring, follows down the handle then bends. Just a guess on my part from the photo.

That all most looks like a leaf spring, follows down the handle then bends. Just a guess on my part from the photo.

A leaf spring would cause issues in a few thousand rounds as the spring began to loose its strength. God I hope they aren’t that dumb.

Just got this from the website, I’m fairly convinced is part of a spring return system. Look does not appear to be spring tension AND it has a split in it, that would cause even further issues with a leaf spring.

Dowel pin would suggest its just there for stability, so something else has to be in the butt stock to return the carrier.

It is solid just like the Benelli… it is a good rifle. They make great belt fed AR-15 too.

That view makes more sense to your idea for sure.

FN FAL uses that type of system. Bolt carrier with a tail going to a coil spring in the stock.

That’s what I noticed as similar