Figured out my problem.

Well I just got done shooting our 9mm handguns for the first time in basically a year. I figured what my problem was. I basically limp wrist the gun too much. As in I don’t hold it tight enough. Go figure. I hold the handgun tighter after figuring out what my problem was and now I can hit the targets 9 times out of 10. Some might remember how in my greeting post how I could only hit the targets if I did the old one hand on the hip shooting style with that revolver of mine. And that I was utter shit with semi-autos. Feels good to actually be able to hit the target!

Oh well. It takes a real man to admit their faults, mistakes, and shortcomings.

Thank you! I would practice more if I could get my hands on some more 9mm or .45 LC. But I can’t.

Plenty of 9mm out there, was in a store today that had many 50 round boxes for 20 bucks each.

Every where in our area has 9mm and 5.56 . Everything else is in short supply. You should have seen the one box a year deer hunters freaking out at wall mart .

Lots of 9mm here as well, from steel case to self defense ammo.

I was doing something similar on my follow up shots. I’m getting better but I’m not all the way there yet. I need to slow down enough to keep concentrating on my grip and forget about how the guys with the weighted guns and better instincts can pop off two so quick . One guy with big mitts is awesome at it. You know who you are. Lol

What kind of handgun is it?

Festus, for me an instant 2nd shot came with LOTS of practice but only with .45ACP and in a 1911. As the gun would come out of recoil it would instantly go off again. I could never do that with a striker fired gun even after thousands of rounds. Don’t know why. Great 1911 trigger? Maybe. I was so good at it that some folks would call me over to see the shots almost one on top of the other before they put pasters on the target.

Another good trick if you have these options, is recording with cell phone, or go pro to watch for mistakes, slow motion shows a lot. I seen my own short comings with said devices. If you all ready have one of these it works and is a handy tool.

You won’t beat this price.

The two handguns I pick outright are both Taurus firearms. One is the Taurus Millennium G2. Has a very good soft trigger. The problem I was having was because I didn’t grip the handgun tight enough. So the recoil was always launching the gun either straight up or to the side depending on how I limp wristed the handgun. Sorry about the late reply. I have been busy and basically completely forgot about checking up on the forum.

Now you will probably laugh at me when I say the second handgun that I love. But it is the Taurus Judge. And everywhere local that i have checked has not had a single box of 45LC. It is a lot of fun to shoot. And not to mention it is a great varmint gun too.

Now there is one handgun that we own that i would take only if it was a last resort type of situation. A Smith and Wesson SD9 VE. Stiffest dang trigger I have ever come across. And the stiffer trigger causes me to cringe and flinch. Whereas the soft trigger doesn’t give me the chance to pussy out. And not to mention that the S&W likes to drop it’s mag even if you smack the bottom of the mag to ensure that it is seated in perfectly.

My only problem with the G2 is that I wish it’s grip was a half inch taller for my bear sized hands. The G2 is super easy to break down to clean. For an inexperienced shooter like me, it shoots damn near perfectly. I’ve never had a jam with it. Even when running steel case ammo with it. Another thing I like about the G2 as well? It has a safety that is easily operated with the thumb so you do not have to move your sight picture in order to disengage it. Aside from my slight complaint about it being a touch too small for my hands, I absolutely love it.

If the S&W didn’t have such a stiff trigger and liked to drop it’s mag, it would be my go to. Because it fits my gorilla hands quite perfectly.

It’s a Canik Tp9sfx. I do think my grip relaxes a little after the first shot. I think I need to think of each shot separately at least until I keep my grip tight without thinking about it. There is a heavier back strap I think would help but I want to improve my technique either way. I think it will take lots of rounds to get there.

While I should probably be focusing more on the double tap until I’m as good as @BrianK, but I train for one assailant mostly so I run the Mozambique Drill mostly for my practice sessions.

Trigger on the Cajunized CZ P09 is better than factory, but the 40S&W isn’t the best caliber for 3 fast accurate shots at 25 yards.

Enough ammo for Brian’s level of competence is going to be expensive and take some time. To help out with it my wife got me a little something for Christmas. 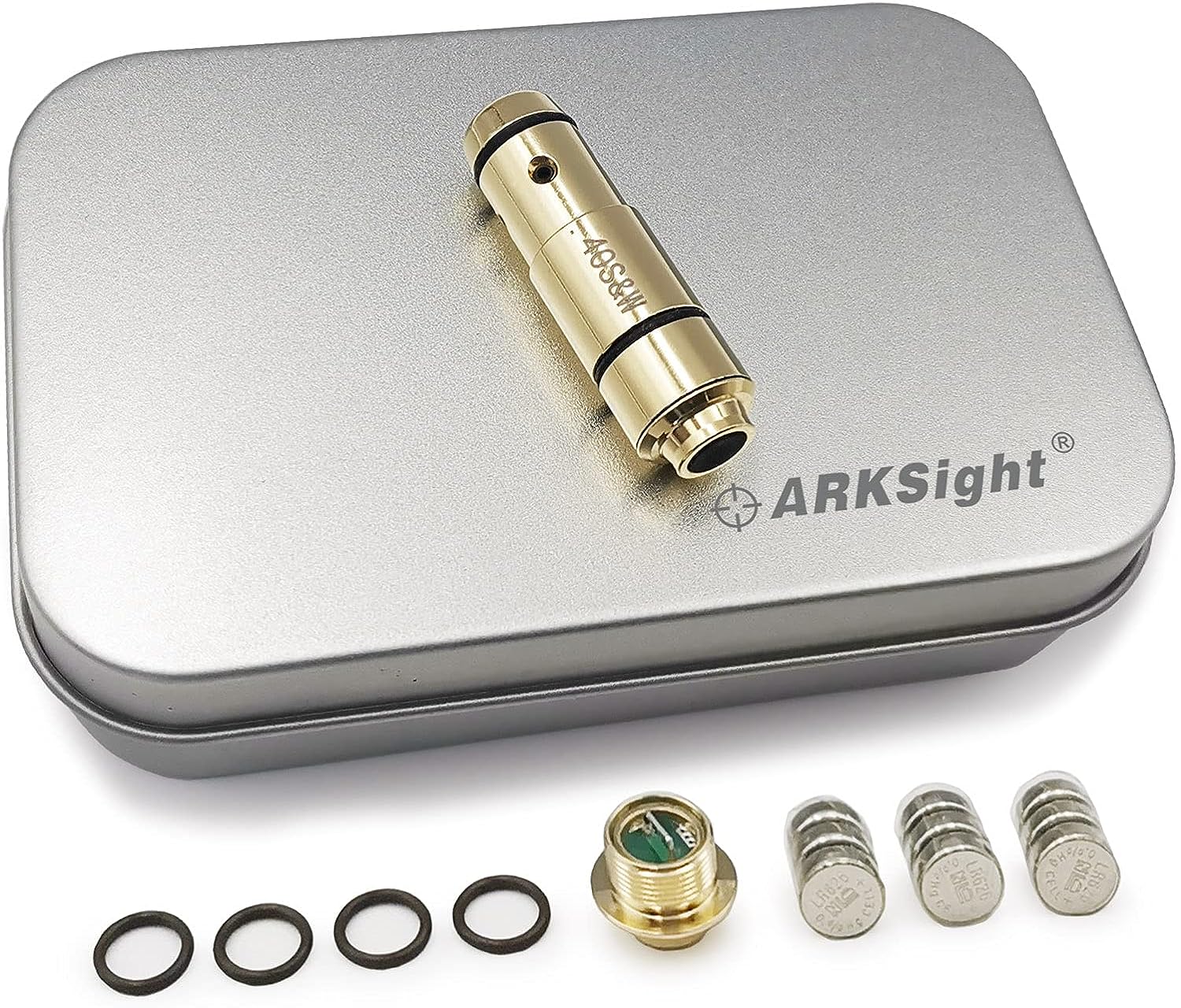 The P09 is a Hammer Pistol so I have to cock it in between shots. The Striker pistols would need a rack or buying a special magazine that cocks after a trigger pull. Probably not available for all pistols, but I am sure they have them for the main Glocks.

Mine seats pretty well after a 4-5 rounds and ‘Trues Up’, but after about 20 more rounds the ‘Bullet’ is seated to far in to be fired so I use a glue gun cartridge stick (it fits in the case) to push it out and reinsert it.

I notice the 75B chamber doesn’t have this issue but, it is a much more accurate pistol. Probably have to get a new 40 barrel as well as a good 9mm for the P09.

This thing has been really helpful at least without recoil. I still have to focus hard on the range to keep the movement to a minimum and to get the muzzle down quickly. At least I rarely f up a trigger press these days, or miss the head shot in the Mozambique.

Yeah, I learned to double tap decades ago when ammo was plentiful and cheap. I also carried and used ONLY 1911s back then. Then I went to a M&P 9mm 'cause the .45 was getting expensive to shoot. Now I carry a M&P 9c but shoot it rarely. I mostly shoot a 300BLK handgun or a 9mm semi-auto “subgun” SBR (B&T GHM9). It takes practice to continue to be able to keep skills sharp, so I probably lost what I once had.

Honestly I’ve shot between 4 to 6 mags at a time through the Taurus G2 without a single problem. That pistol really doesn’t give a shit about the build up of gunk. Honestly I personally believe that the SD9 VE is a knock off Glock. No safety. Bulky. Great for big hands. But there is a reason it was called the VE. Value Express. Hence why I call that pistol basically the burner pistol. And the only reason I’d ever take it in a SHTF situation is if I didn’t have better.

Honestly I just train myself at about the same distance that the FBI says that a self defense shooting typically occurs at. Nothing special.

I’ve shot between 4 to 6 mags at a time through the Taurus G2 without a single problem.

I have shot that and more through each of the CZs to answer that question of are they picky feeders. Nope, they eat everything, even filthy. I only cleaned them after their torture & picky eating test because it bothered me not them. The 75 even ate the steel case.

There is nothing wrong with a Glock or their knock offs. They work. In fact I hope to pick up a couple of 9mms this year as ‘Take-A-Ways’. It would hurt me to much to see a CZ go into evidence for exercising my 2A.

The original SD9’s had some parts that would interchange with Glocks. Glock sued and won. S&W had to pay a royalty to Glock for the ones they sold. Yes the triggers suck but the guns do run. Dry fire practice every day will help you with trigger control a lot more than a box or two of ammo shot on the weekend.

Glock’s lawyer triggers can be improved. I will do ours when we get there.

I just can’t love a Tupperware Striker Fire. They are straight up tools. Nothing else.

@shooterrex Oh it does run well. When it isn’t dropping the mag out. Out of all the handguns we own, it is the ONLY firearm that decides to say “You know what? Fuck you!” to the mag. My personal opinion is that the SD9 VE is an absolute garbage pistol. Whats the point of having a magazine if the gun is just going to dump the mag on the ground after a couple rounds? About on par with Hi-Point pistols from the horror stories I have heard.

@Ridgewalker If the glocks are anything like the SD9 VE as far as the shitty trigger and dropping the mag, I guess I will gladly stay way from Glocks then. Haha. (This is a joke in case you didn’t get it.)