just recently went through my “inventory” and was rather surprised that I didn’t own a single firearm made in USofA or even North America until recently.
How ever I do have ones made in
Russia (CCCP)
Czechoslovakia both pre and post iron curtain
Belgium
England
China
Turkey
Germany
Yugoslavia
Switzerland
Philippines
Hell even my AR15 was made in China but I did manage to break down and buy US and that was my “Real” Armalite M15A2
and tomorrow I am picking up two more Czech guns…

Which one from Switzerland?

Cool, I had to look it up. other than old bolt guns I have seen very few guns from Switzerland.

Get yourself a lever action Winchester, then you’ll have an American firearm. 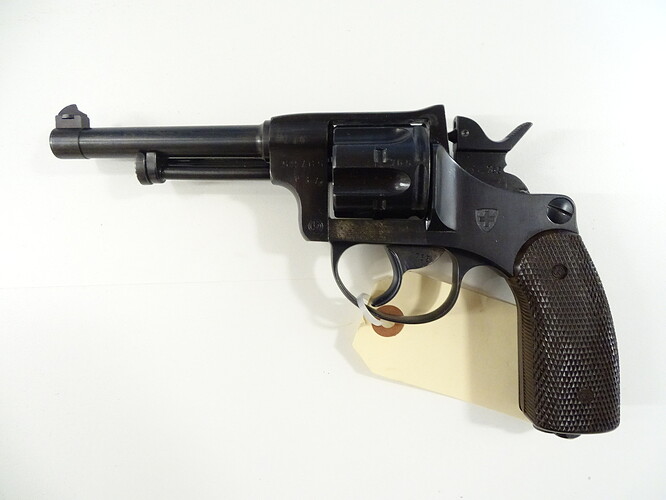 with the B&T being half the price of the Luger

I just bought the hellcat. Before that my pistols were Heavily foreign

The modern Winchester lever guns are made in Japan IIRC.

Hell even my AR15 was made in China

The modern Winchester lever guns are made in Japan IIRC.

There are some awesome guns that are foreign though. I don’t discriminate against guns

And I think most of mine are USA built. I recently bought a B&T GHM9 because I’ve lusted after a Swiss gun after having seen the SIG AMT and having fired a P210 decades ago. I didn’t buy US made deliberately over the decades, it just happened.

Whoops, I recently bought a PPQ, but that might also be a made in USA gun and not from Germany. The design is purely German though.

Sounds like you have an awesome collection. I’m curious to know what firearms you have from each of those countries. And I’m guessing the Philippine firearm is probably a Rock Island 1911?

I only have two foreign made firearms (three if you count my wife’s Argentine made Bersa Thunder). One is a 1938 Tula-made Mosin Nagant and the other is an Austrian-made Glock 34. I have a relatively small collection of firearms, though.