I am on the verge of making my first suppressor purchase and I’m looking for some impressions on the two I seem to be looking at closely. I’m trying to find out things like build quality, company employee knowledge, performance, etc from anyone who has shot with both. I am looking at the Dead Air Ghost 45 and the CGS Mod 9. The primary host gun will be my S&W M&P 9mm 2.0 full-size that I keep at my home. For my intended purpose and situational use, I place a much higher value on ultimate sound suppression versus being modular. For me, I feel that the small benefit of a short configuration in maneuverability is not enough to offset being quiet inside a home. The suppressor will spend most of it’s life on the S&W. If anyone has shot with both suppressors, which one of the two suppressors i’m looking at would some of you say offers the best sound suppression? Thanks for your help.

I am also curious about suppression .

Anything below 140db is “safe” according to Osha, I’ve used a 9mm indoors quite a bit and I can tell you that length is key also. This is my fav for balance sound suppression and length.
SilencerCo Omega

DISCLOSURE… I do not own one of these, have only used. There are people here who fire suppressed much more than I do and would probably have much better opinions.

Ahh, did you visit the help desk earlier?

Sounds familiar, happy you made it in

I did go to the help desk and I was told they liked the question and I should sign up and ask the question in the forums. I’m using email now because I’m responding through my phone while I’m at work

@SuppressedNation_Chris we have another quiet Chris who needs help

I have NOT fired the CGS Mod 9, but I own a Dead Air Ghost-M 45. When I use it for center fire it’s on PCCs and a S&W M&P 1.0 5". I don’t often shoot it on the M&P since I need to put the piston on it and that’s not a PITA, but takes time. Since I can’t compare the 2 I don’t know what good this post will be for you. But I can say that in the full length configuration, with subsonic ammo (basically, 147 gr ammo is subsonic), and with a wipe it’s pretty quiet. Not hellywood quiet but few can/ammo combos are. But also, when I shoot with the can I’m right next to the breech and not at a distance to hear what it sounds like away from the gun. Nor have I fired it indoors, but since it gets rid of the blast it will probably do what you want. But ALL cans do that. Did you check youtube for test data? Just be careful with that since it takes highly specialized equipment to do a dB test and any yahoo can post crap on Youtube.

I suspect that a can specifically built for 9mm would be quieter by measurement, but would you detect the difference? IDK.

Yeah, I know not very helpful.

If you’re located in Maine, or can drive, we can arrange for you to try mine.

Just an off the wall note re: the Ghost… the wipe will self destruct, that’s the nature of a wipe. But the beauty of a wipe is that it makes the can quite a bit more efficient. I have an ATF letter stating that (basically) as long as only one wipe is on hand at any time, that means the old one needs to be destroyed before making a new one, you can make your own wipes. We also can’t go into the wipe business. There are other “gotchas” too, but common sense prevails… one wipe on hand for personal use. What is destruction? It must be cut into 4 pieces minimum or burned. Why couldn’t a wipe be made of metal as long as it’s the only one is on hand? ATF doesn’t specify wipe material. I just haven’t done that and can’t see myself doing it as I have a few lifetimes supply of rubber sheet and I can press out a new wipe in a minute.

(I’m not a lawyer disclaimer goes here) Rumor has it that we can have as many end caps on hand as we wish. Rumor also has it that Dead Air was working on caliber specific end caps to do away with the rubber wipes entirely. That was maybe 2 years ago and I’ve heard nothing since. Too, don’t act on making end caps because I said so since I’m not a lawyer and have exactly zero pull with the ATF.

Due to wait times I would get a multi caliber suppressor, it will cost more, but be worth it in the long run, many options out there.

@04Chris CGS Mod9 is hard to beat and probably my most recommended 9mm can!! Paired with fiocchi 158s its a blast to shoot. For people only wanting one can you can go with the 45 for versatility but for best performance we almost always offer caliber specific suppressors. I have the Kraken fullsize and sk here which is the mod9 with their older design on the outside, same baffles. I think you would be pleased with it. Not sure if Hansohn Brothers still has any mod9 in stock or not but use code THANKS for 10% off.

Thanks Chris and to everyone! I’m thinking I’m in the right place for anything I’d like to learn about a potentially new addiction!

I’ve never shot either of the two you’re looking at @04Chris, but I trust @SuppressedNation_Chris to steer you in the right direction on those.

If you’re willing to consider alternatives I have been very pleased with the Sig SRD9. It’s a quiet can. It can also be completely disassembled and comes with two pistons in the box. I like how slim and light it is. Plus I’m thinking Sig will be around for a while to support it. It’s my go to 9mm handgun can and I’ve contemplated buying another on more than one occasion now.

Here it is on a Beretta APX Centurion:

And my favorite host, the Beretta M9A3:

I am also curious about suppression .

Hey, as long as he’s quiet about it

Don’t ask don’t tell. Lol ,not that there’s anything wrong with that.

Hey, as long as he’s quiet about it

I need to educate myself on pistons and wipers. Are wipers one time use ? As far a pistons I thought suppressors were like a straight through fixed tube with stationary baffels?

Truthaboutguns has a great educational video about pistons I just watched. Its short, and clear. Well worth the watch.

Brother can you spare a link? 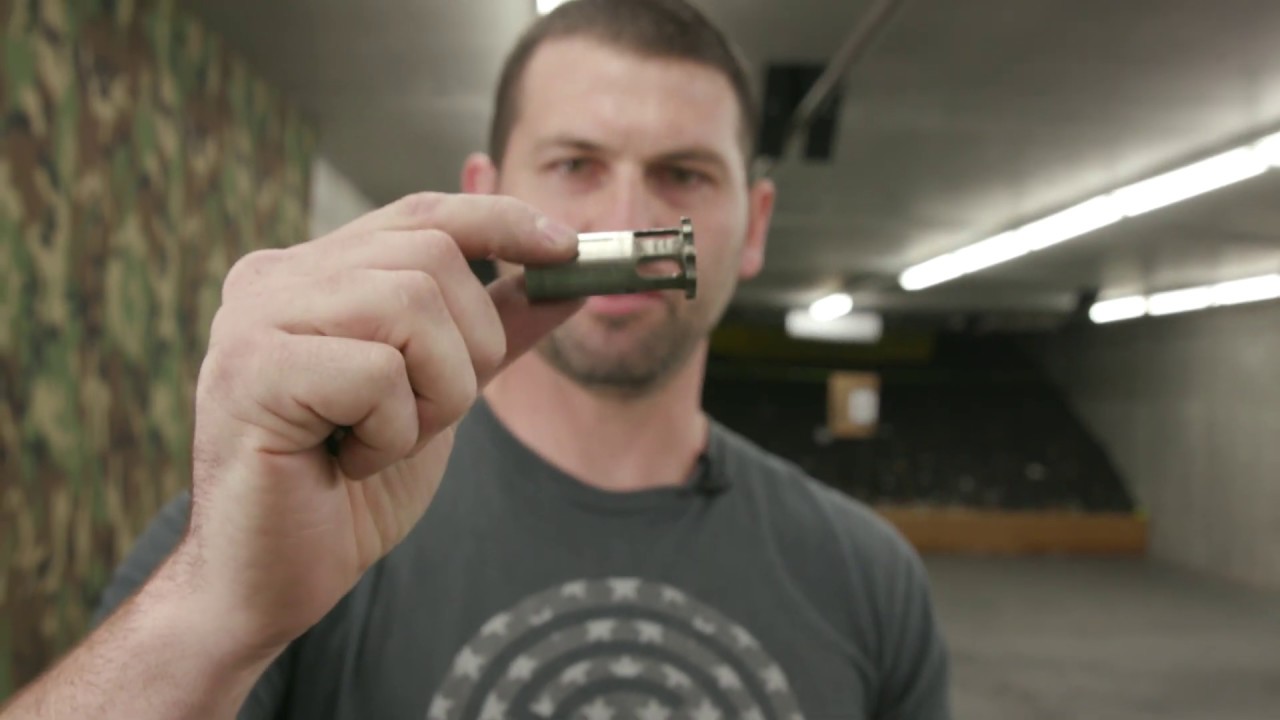 Pistons can be costly -like $60-$100 or more. It varies among manufacturers. Combine this with the fact you’ll need to purchase or fabricate threaded barrels for guns that don’t have them ($80-$200+) from the factory and well, the accessories can add up to more than the suppressor itself. It’s an investment for sure, but one often overlooked by first time buyers still struggling to get their head around willingly giving the government $200 of pay to play money for each suppressor.

The above is why I started off buying only SilencerCo brand suppressors. The models I bought shared the same pistons and mounting system. It helped reduce the cost, but trapped me into only considering a single manufacturer for a while. I wanted more sound reduction and less weight, which pushed me into seeking dedicated caliber cans.

I came across the Sig line when my local dealer was running a special if you bought the SRD9 for $595 you got an SRD22X for $99. It was too good a deal to pass up. Plus after handling the Sig I was impressed how light and slender it was. At this point my only handgun suppressor was a SilencerCo Hybrid 46. It’s just honkin’ huge and heavy on a handgun. It even makes a full size Glock 17 seem small in comparison:

I’ve never shot or owned a suppressor that uses a wipe. Seems like an added pain with the wonky regulations, but the trade-off is apparently even more sound reduction. I can say on the Hybrid 46 I’ve purchased different end caps for 9mm and 556/223 that do make a small noticeable difference in sound reduction. So the wipe idea may make sense if you’re chasing maximum dB reduction. But, for me, I’ll try to avoid the extra burden and regulation of a wipe style system.

Lastly, know that after you’ve made the transition to shooting suppressed and invested in all the necessary accessories you’ll be paying more for ammo from there on out. Subsonic ammo is typically higher priced than run of the mill supersonic ammo. Makes sense -it takes more material to produce heavier bullets and the demand is lower meaning less production. We’re not talking a lot of coin here, but it definitely adds up over time. As with anything else though, the trade-off is when there’s a run on ammo, the more expensive subsonic stuff is usually the last to get gobbled up by the masses.

Feel free to ask more questions. Shooting without hearing protection and not disturbing your neighbors is a wonderful thing. Suppressors have allowed me to enjoy shooting sports in a much more comfortable and safer manner than ever before. I have zero regrets about jumping into the NFA pool.