Gangs in the military and shtf

We have had a few discussions as of late about what the goals of military personnel will be after “shtf”. It’s fair to say there are at least some patriots but there are also these types, I think its obvious where most of them will cast there votes and where they will be if things go hot. Unless I personally know the person I wouldnt trust them anymore or less than anyone else based on thier service record. Just my 2 cents.

About one to two percent of United States Armed Forces members are estimated to belong to criminal gangs in the United States, a much higher proportion than in the civilian population. In 2008, according to FBI gang investigator Jennifer Simon, 1 to 2% of the U.S. military belonged to gangs, which is 50 to 100 times the rate in the general population. According to the Federal Bureau of Investigation's 2011 National Gang Threat Assessment, the NGIC identified members of more than 53 gangs who ser...

Is Gang Activity Increasing in the U.S. Military?

According to the FBI, gang-related activity in the US military poses a threat to law enforcement officials and national security.

Gangs in the Military

Survey reporting indicates law enforcement officials in 59 jurisdictions claimed that known or suspected gang members have applied for positions or gained employment within the ranks of the military, law enforcement, corrections, and...

Gangs in the Military

VICTORVILLE, Calif. -- A group of nine gathered, ready for an initiation. Juwan Johnson of Baltimore, Md., willingly took a 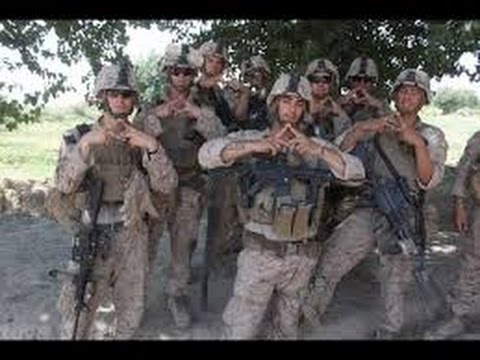 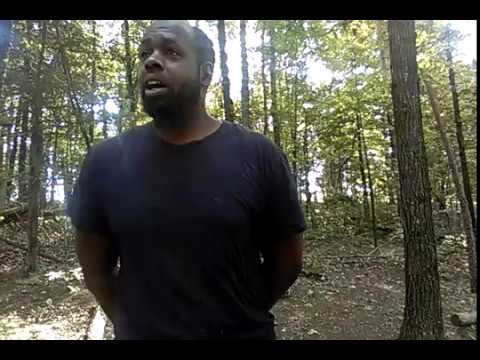 Happening in LE too FBI: Gang members infiltrating America are hidden in the ranks of police...

It's a bombshell investigation - the idea that gangs have infiltrated police departments isn't just a problem, it's a downright threat to America.

We had a few gang members in groups when I was in, they typically did a reserve contract and took their training back to the local members. Its nearly unavoidable and will get worse as recruitment continues to fall. The Army is Having Trouble Recruiting Troops

The Army Times claims that the army is having problems recruiting troops due to an increasing number of “unhealthy, ineligible millennials.”

I was just reading where they have busted actual military combat instructors and Sof guys being linked to gangs.

Do military gang members get booted for being part of gangs or only when they commit a crime as part of that gang?

If it is revealed that you’re involved in criminal activity yes. UCMJ doesn’t have a specific statute for gangs. (Last I checked) could be different now, but in the new more liberal military I would HIGHLY doubt they have become less inclusive.

While I don’t doubt the vast majority of soldiers are true patriots I’m sure some bad apples slip through. I worry more about the brass making the decisions than I do the soldiers on the ground. Perhaps that concern is unwarranted but I haven’t forgot about this guy and wonder how many more have gone through but weren’t dumb enough to post pictures…

I have never served so feel free to disregard my comment as being completely uninformed.

have never served so feel free to disregard my comment as being completely uninformed.

I have never served either but this thread is shtf related so given the context we should be ok. As society collapses this stuff becomes more and more of an issue.

No idea why that tagged Sarge4206th

No idea why that tagged Sarge4206th

Ft. Hood years ago had some serious Gang and Drug trafficking issues.

Ft. Hood years ago had some serious Gang and Drug trafficking issues.

That is actually my point of reference, I ETS’d Hood in 2008

Hmm… gang members joining the military to go fight in a war and become more lethal… during the height of the Iraq war there were a lot of moral waivers given. People weren’t in a hurry to go to war.

The Army needed troops who were good at fighting, not many people were interested when the news was always talking about Soldiers getting blown up.

The Army HAD a problem with gang members joining, and did things like take pictures of all Soldiers tattoos, (combatting it with documentation) and other things I was too dumb to pay complete attention to at the time.

Many of the Troopers who had moral waivers caused problems while in and got kicked out. Maybe some have adapted, reformed or are just back in the hood.

It’s yesterday’s problem, with some consequences we see today.

As far as SF, there were some 7th group guys who helped the Los Zetas take over a bunch of things. The Cartels have more money than I can comprehend, and the military is made up of humans. No one group is infallible, it’s why we have to demand integrity of ourselves and our representatives.

Gang members among the enlisted ranks doesn’t really surprise me at all.

Based on my own experience there were at least two to three guys I was in basic with that were open about being gang members. Two were from Los Angeles, one from St. Louis and all claimed they enlisted trying to get away from gang life. Of the three:

I question the first ever having been in a gang at all. He was just way too soft and I felt the storyline didn’t fit / assumed he made the whole thing up thinking it’d somehow help him make it through basic easier. Bottom line is he didn’t need to spin a yarn like that because he was a funny, chill Mexican dude that most everyone liked. He was tatted up pretty good, but none of his tats were gang related (based off what the next guy told me -I wouldn’t have known any better).

The second guy was a Blood. I truly believed he was running from something. We talked a lot and helped each other out a good bit. I got deathly ill after inoculation day and fell out of a three mile run, busting up my knee and coughing up blood. As the TI was screaming at me, this guy helped me up -now getting yelled at himself for helping- and got me back into formation. Needless to say, we became friends. I learned as much from him about gangs as he did from me about growing up abroad (I was a military brat). It was eye opening for both of us. I recall feeling empathy for him having lost his Mom (no Dad around) at a young age and being “raised” by his strung out Auntie and older banger cousins. In essence, he was roped into a system he didn’t want any part of at a young age. Even though we went our separate ways and lost touch after basic I like to think he’s fared well after all these years. We relied on each other to get through some of the mental stuff in BMTS and I will forever be grateful for having had the opportunity to serve with this guy.

The last one, a Crip never made it through BMTS. He wasn’t around long enough to get to know. He got caught red-handed stealing money and the SP’s came to haul him off. Thus ended his short stint in the military as far as I know. He was tatted up, but what I remember most was he was branded. I’d never seen anything like that before so it was quite shocking at first blush to try to understand the logic of that kind of a commitment process.

Do military gang members get booted for being part of gangs or only when they commit a crime as part of that gang?

The short answer is no, they don’t automatically get booted. Nor should they. Some are genuinely in search of a better life. I do however think most generally fall out at some point in their career by getting pinched, running afoul of the UCMJ.

Lastly, I must caveat all of the above much like @Sarge4206th did. My personal frame of reference is dated. This was a long time ago and the policies and guidance relative to gang affiliation may have changed.

The short answer is no, they don’t automatically get booted. Nor should they. Some are genuinely in search of a better life. I do think most generally do fall out at some point in their career by getting pinched, running afoul of the UCMJ.

To be clear I was talking about gangs within the military, not gang members that joined the military.

What you said makes sense( from the outside looking in)

It’s actually kind of one and the same. Many bangers group up after they’re in and roll processes no different than before they joined. It’s uncanny how much it’s like what you see in prisons.

It’s actually kind of one and the same. Many bangers group up after they’re in and roll processes no different than before they joined. It’s uncanny how much it’s like what you see in prisons

I grew up around bangers on the streets, they are not generally good people most are psychotic drug addicts or they are if they have been in it awhile. Some are chill after getting out of prison but from what I seen they are no different than hood rats or crackheads, they lack a moral compass or any sense of right from wrong. No idea about the military ones though.

I don’t know about true gang stuff in the Army but a unit i was in had a clique form in it and if you weren’t part of the group you were ridiculed as unworthy. Unit cohesion fell apart. This clique ended up all getting caught in a random pass test somewhere between 30 to 40 of them failed. Needless to say they booted all of them out. Most went AWOL before they were processed out. By the way i wasn’t one of the cool kids.

Based on my own experience

As current leader of the Ohio Sporks Cartel?

By the way i wasn’t one of the cool kids.

As current leader of the Ohio Sporks Cartel?