What does this mean, what do you picture?

We’ve seen what others portray it as but what is it? 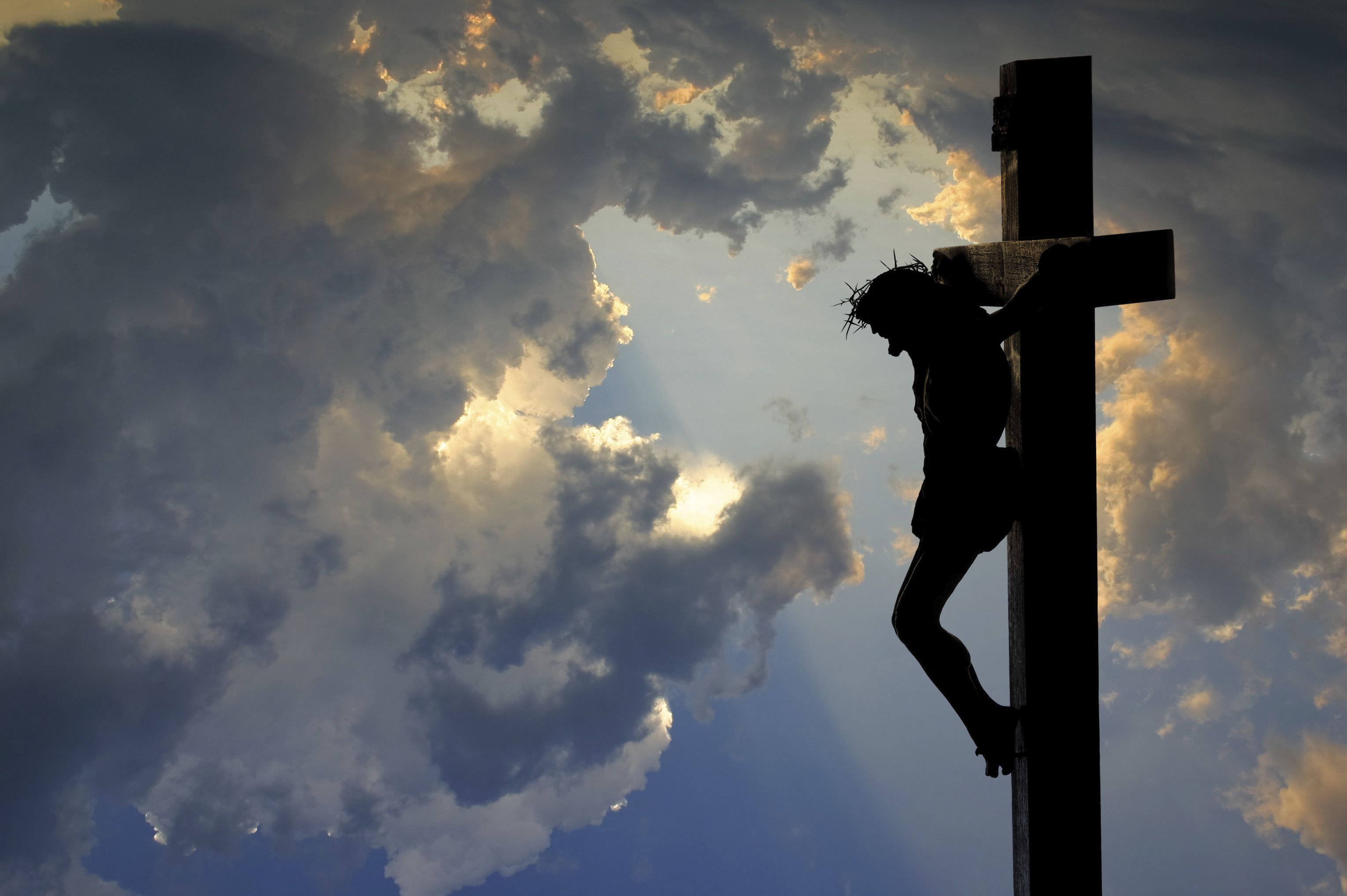 Why do we celebrate a crucifixion?

Do you picture deicide?

Do you think of the hours before, of the pain and humiliation, and reasons for it?

And the man, long straight hair as so often illustrated or bushy, and black as a raven.

His head is as the most fine gold, his locks are bushy, and black as a raven.

Take time to dwell on it, and thank him.

Sometimes it’s the only thing that keeps me going.

I don’t celebrate the crucifixion, I celebrate HIS resurrection. I won’t have a cross depicting HIM on it. I think they miss the entire point.

Perhaps observe would have been a better term

But its still an absolute key

But he was wounded for our transgressions, he was bruised for our iniquities: the chastisement of our peace was upon him; and with his stripes we are healed.

Keeps me going too !

That I can go along with.

God the Father does not agree. It pleased him.

Yet it pleased the Lord to bruise Him; He has put Him to grief. When You make His soul an offering for sin, He shall see His seed, He shall prolong His days, And the pleasure of the Lord shall prosper in His hand.

6 For when we were still without strength, in due time Christ died for the ungodly. 7 For scarcely for a righteous man will one die; yet perhaps for a good man someone would even dare to die. 8 But God demonstrates His own love toward us, in that while we were still sinners, Christ died for us. 9 Much more then, having now been justified by His blood, we shall be saved from wrath through Him. 10 For if when we were enemies we were reconciled to God through the death of His Son, much more, having been reconciled, we shall be saved by His life…

2 Therefore, just as through one man sin entered the world, and death through sin…

3 Or do you not know that as many of us as were baptized into Christ Jesus were baptized into His death? 4 Therefore we were buried with Him through baptism into death, that just as Christ was raised from the dead by the glory of the Father, even so we also should walk in newness of life. 5 For if we have been united together in the likeness of His death, certainly we also shall be in the likeness of His resurrection, 6 knowing this, that our old man was crucified with Him, that the body of sin might be done away with, that we should no longer be slaves of sin. 7 For he who has died has been ]freed from sin.

This of course is only about the justice portion, which is reconciliation. Sunday we cover salvation. As reconciliation is not salvation. Salvation is moving from death to life. And if one pays attention to what Paul says, the “Protestant” doctrine of OSAS is shown here in plain (translated) English. He who has died has been freed from sin.

In fact, on Sunday, I will tie it all together.

Yup, HE had to die for our sins. That’s certainly part of it. Then he was taken off the cross and rose. HE is no longer on the cross.

He was crucified and raised up. They go together. I suspect you are a works based " personal relationship with Jesus" then he will save you. Is that the case? People that don’t like what Paul boasts in, and God the Father is pleased by, don’t like it.

You would be totally wrong about me. So when I wrote “that’s part of it” what do you read? Because I read in those words that I wrote that they go together.

taken off the cross

ahh, that explains what you meant better

I celebrate Him loving me enough to come and take my sins upon Himself and die to pay the price for my sins, but more so because He’s risen and the tomb is empty.

How would you guess that holds compared to

Christ is become of no effect unto you, whosoever of you are justified by the law; ye are fallen from grace.

And, as that stems from

For I testify again to every man that is circumcised, that he is a debtor to do the whole law.

would you guess why we’re put under the law from birth?

It was bad enough when they took footprints from infants creating a mark and one could argue is a signature binding to a contract in some crazy form or another,

You’d have to follow some conspiracy theories to catch that

(a) Negotiation is effective even if obtained (i) from an infant…

Oh hey looky there you forgot part of that reding:
Ga 5:1 Stand fast therefore in the liberty wherewith Christ hath made us free, and be not entangled again with the yoke of bondage.
2 Behold, I Paul say unto you, that if ye be circumcised, Christ shall profit you nothing.
3 For I testify again to every man that is circumcised, that he is a debtor to do the whole law.
4 Christ is become of no effect unto you, whosoever of you are justified by the law; ye are fallen from grace.
5 For we through the Spirit wait for the hope of righteousness by faith.
6 For in Jesus Christ neither circumcision availeth any thing, nor uncircumcision; but faith which worketh by love.
7 Ye did run well; who did hinder you that ye should not obey the truth?
8 This persuasion cometh not of him that calleth you.
9 A little leaven leaveneth the whole lump

That doctrine is only found in Paul’s letters and message.

You would be totally wrong about me.

About those that do not preach “the cross”…

1 Corinthians 1:18 For the message of the cross is foolishness to those who are perishing, but to us who are being saved it is the power of God.

Do you think one can enter into life, and die again? Fall away, lose salvation, back slide…etc?

I will not be drawn into these discussions precisely for the reason you illustrate here.