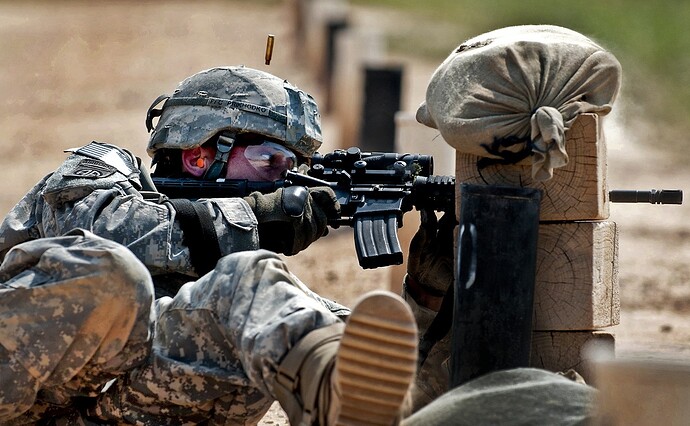 Sounds like someone in the system is obsessed with tanks…chamber pressure of an M1 Abrams…automated fire control system…won’t fire until gun is on target (yeah, great idea, how could that go wrong?) and the best part is, by the time they get done, it’ll weigh as much as a tank!
Interesting concept though.
Caliber between 5.56 and 7.62…either 6.7 or 6.8…

Thanks for the good news. I want our military to have the best weapons they can. Sounds like big improvements are coming soon.

Hooray for the USA!

There are definatly some bugs/changes to work out. Good news mainly pertained to the rifles will be in use a lot sooner than originally scheduled.

This is not a gaurentee, did you know the SCAR and ACR were both created for a competition to replace the m4? And where did that go, nowhere. The new round is interesting but im not confident it will happen unless they find a way to implement it without trying to completely replace the 5.56. Size, weight and cost being the reason. A new 6.8 for specific roles or adding it to a unit for its armor piercing capabilities makes sense though, imo.