Gotta join this state fight even before we move there.

I’m gonna join the Idaho 2A Alliance today.
One of the Idaho Governor hopefuls is openly pushing to ban AR15’s and similar guns.

I had to listen to her words several times. The words Paulette Jordan used to describe her feelings on the AR-15 (and similar weapons) caused my heart to skip a beat. Idaho candidates with dreams of gun control are becoming a reality, and it’s our...

This is the Native American lady that I was talking about awhile back. She is playing the race card big time. Idaho is red enough that she should not win.

She is a Democrap.
She lost her bid for governor to Brad Little.
Dont ever vote for a race baiting democrap.
Even for city garbage man.

Looks like that article was dated last August and was for the last Gubernatorial election. She lost. BUT she got over 38% of the votes. That’s scary. Here’s the breakdown by county, so we’ll know where NOT to. 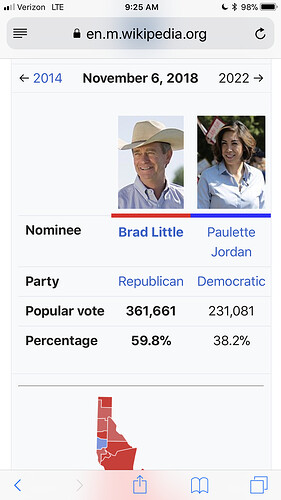 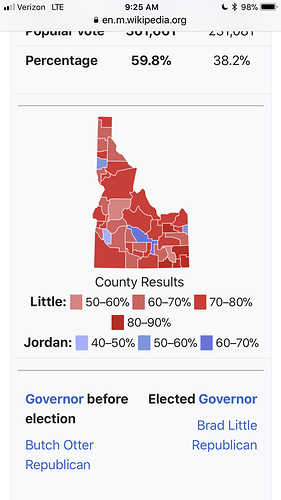 Its in the right bottom corner, I had the same issue lol

I thought she was running again?

Anyways, 38% isnt that great. The Republicans get that or better here in Oregon yet never win. We havnt had a Conservative leader since the 70’s.

When I went and voted in the last presidential election, there was a guy holding a big sign that said Deplorables only line. I jumped right in that line, Trump won here big time. and Clintons lived here once. notice I said ONCE.

Ok. Didn’t notice the date but should have.
Glad she lost.
Joined anyway. If we’re gonna live there we need to help keep these guys under control.

BUT she got over 38% of the votes. That’s scary. Here’s the breakdown by county, so we’ll know where NOT to.

She got the Native vote and the young college vote (lots of populated colleges). Real adults are overwhelmingly in favor of staying away from the blue side at least for now.

FYI, that large oddly shaped county in bright blue? Blaine county. It’s small and full of poor people. The county up north is Letah county, also very small and houses Moscow ID. Not that good of a community. 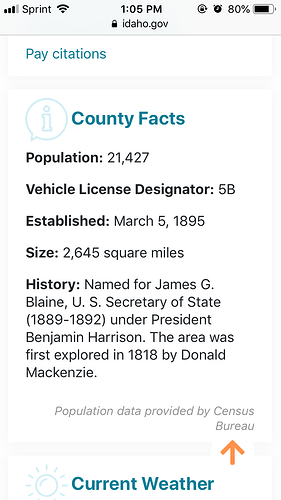 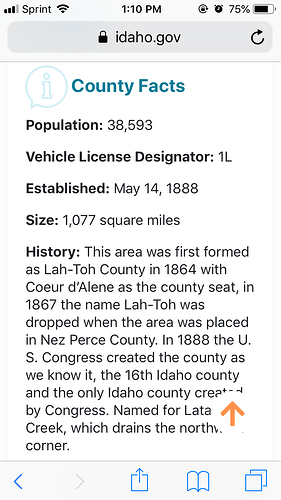 The county on the Eastern border is Teton county, a retirement area for Californians etc.

So that only leaves Boise county slightly blue, which is to be expected. It flip flops a lot between red, purple and blue. Unfortunately that county is one of the possible relocation areas for us around Idaho City / Horseshoe Bend. It is below the Coeur d’Alene option however in Kootenai county which is still red.

Sorry for the long winded post, I’m nerdy and excited about this relocation to there.

That was a lucky election for dems, next election will be brutal for them. I bet less then 25%.

The entirety of the Native vote and college kids are that so I think it’ll be less than 30% for sure.

Saw some nice properties up in Kootenai County but I read that there’s a big fundamentalist Morman presence there. I don’t know if I care, really. I figure as long as they leave me alone, I’ll leave them alone. But I have also heard that where they have taken over communities, they’re not real welcoming to outsiders. Something to investigate.

She got the Native vote

So how does that work? Aren’t most native reservations private from the United States? they can have the casinos and do whatever the hell else they want without paying taxes and they want to be all left to themselves from what I understand. So how do the Native Americans on reservations get to even vote in US elections??

Natives that are not on the rez silly. We are out there I promise.

Can’t ya go scalp a few lib pale faces and scare them out of Cali?

I’d rather leave the libs in Ca. Build the wall around it and lock ‘em down. Let them eat where they shit graffiti and leave their needles. 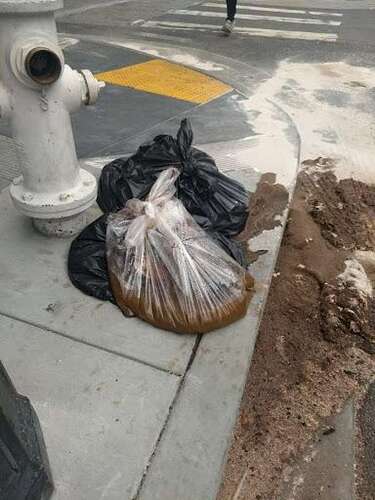 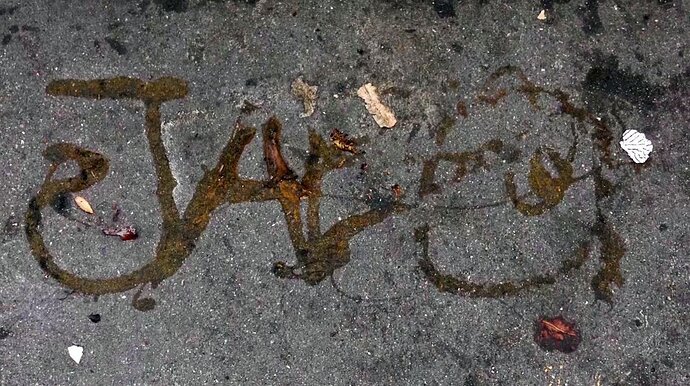 God these people are animals.