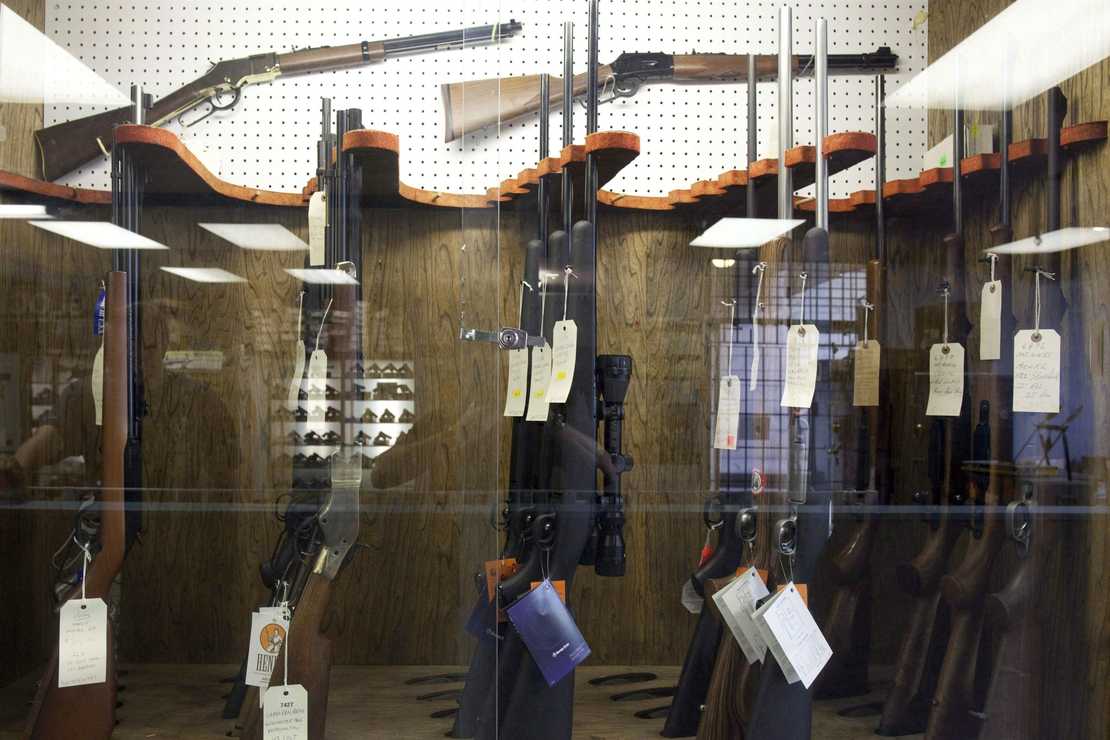 Maryland Shooting Illustrates What Will Happen If Guns Are Confiscated

A Maryland man was shot when police tried to take his guns in accordance with an extreme risk protective order. Imagine what confiscation would look like

We were talking about this the day it happened

Sad… but they will pick people off one by one till there is no one left.

no one left with a gun, that is

yes, these new confiscation powers that various states and local governments are enacting are very dangerous to our rights and freedoms, as well as to gun owners themselves. I can only hope that at some point, some much-needed constraints are put in place on them (the confiscation powers).

My nephew [local PD] said.
They day they say come for you - I’m banging out sick.

Unfortunately, you probably won’t get sufficient notice. Some (at least) have been raided by the police at very early hours in the morning (4 a.m. to 5 a.m. kind of hours!). I am guessing that the law enforcement officers doing the raid figured that doing it so early would minimize conflict. That hasn’t always been true, though.

No worries
I’m looking forward to the day after without any more pain.
Not in a hurry by any means though

IIRC, they started doing those in CA, as soon as it was legal there.

Best defense; you go gray, stay gray. Stickers off the vehicles, no gun discussions with anyone outside your training groups. Any jack hole can anonymously call you in for a fictitious “incident”, which possibly brings a high risk team for the knock and talk.

Also get your self a door camera, on front door. (hinthint)

Have to agree… the looks I get while in Washington State are comical. If some of those same people came to Montana, they would go into convulsions. Stickers everywhere.
I would suggest unless you run a business, take those stickers off your cars and trucks. Do not say anything to anyone…
I am not sure grey is even enough… you may want to get a dress (no, not for women) trim your beards and wear a “man” bun and place a rainbow sticker on your rig.
Become one of them… then they will never suspect you are not.

Yes. It was something I learned long ago racing motorcycles, pulling enclosed trailers around the country to race tracks. The “sticker show” on a trailer/truck would disappear in the middle of the night while the crew was sleeping.

In the last few years Wisconsin was being hit by illegals breaking into trucks right before deer season, right before the illegals went back to Mexico, and it was REAL simple; they looked for trucks with hunting/gun stickers which were more likely to have guns in them. Bang, 48 hours later your prized deer rifle is crossing the border. (That’s this week actually.)

It really sucks to modify behavior this way, but it’s the way it is now. I took a guy out for 1-on-1 pistol training, to my favorite middle-of-nowhere range. On our drive home we were followed. It’s a new day. Thank goodness I’ve changed over to all knives and sold the firearms portfolio off!

I am starting to feel I am not comfortable even with a knife any more. I have my cell phone and I have my sports team baseball hat. I just hope that it is the same team the perp likes. Maybe I should have a bunch of hats to hand out during a car jacking… then they will see how cool I am and try to steal the other guys mini van…

sounds about right, a rainbow sticker on your car bumper and a “Hillary should have won!” sign in your front yard should shield you from suspicion.

you may want to get a dress (no, not for women) trim your beards and wear a “man” bun and place a rainbow sticker on your rig.

I draw the line at the fuckin man bun though. Hell. No.

Isn’t gun confiscation about the scariest thing you can think of? It has grown men - real men! - thinking about man buns and other not-so-manly things. God help us if it really comes to that!

Why can’t we just mind our own business - and hope/expect? that the libs mind theirs. We don’t have to wave our guns in public, but we should not have to hide or change our appearance or display crazy bumper stickers, either.

I will never support Hillary - even to “hide”. I seriously hope no one else here does, either.

Isn’t gun confiscation about the scariest thing you can think of? It has grown men - real men! - thinking about man buns and other not-so-manly things. God help us if it really comes to that!

Errr, that IS what IS really happening; anybody can call in anybody else, and report suspicious behavior seen which indicates a sort of mental instability. The caller then notes knowledge that said “unstable” person owns firearms. That is triggering a task force team to do the knock and talks; “Where do you have your firearm stored Sir?” Gone. You the firearm owner THEN have to PROVE you are not crazy and jump through the hoops to get your firearms returned.

This scenario does not have to be reality IF someone REALLY has it out for you, and wants to make that phone call. It IS happening right now.

trim your beards and wear a “man” bun and place a rainbow sticker on your rig.

It changed colours, like the chameleon, It uses the jungle…

I’d rather be murdered on my front porch than wear a homo handle.

I’d rather be murdered on my front porch than wear a homo handle.

couldnt have said that any better.