Thought I would post some facts about the gunshow loophole we can use to disprove the rhetoric being spewed by the Anti Gun crowd and Media pukes.
These come from different sources.

Fact: According to the National Institute of Justice, the research arm of the U.S. Department of Justice. According to an NIJ study released in December 1997 (“Homicide in Eight U.S. Cities,” a report that covers much more than homicide), only 2 percent of criminal guns come from gun shows.

Claim: “The law already requires licensed gun dealers to run background checks, and over the last 14 years that’s kept 1.5 million of the wrong people from getting their hands on a gun,” said Mr. Obama, when he announced his gun-violence task force results on Jan. 16. “But it’s hard to enforce that law when as many as 40 percent of all gun purchases are conducted without a background check.”

Fact: The 40 percent figure that Mr. Obama and Sen. Dianne Feinstein, California Democrat, cite so frequently comes from a 1997 Justice Department survey. A closer look at that 40 percent number reveals it includes 29 percent of gun owners who said they got their guns from family members or friends and acquaintances.

That leaves 11 percent of firearms obtained through unfamiliar people. Of these, 3 percent reported they got their firearms “through the mail,” a process that requires a background check from a federally licensed firearms dealer. Four percent said “other,” and 4 percent made their purchase at a gun show.

The “gun-show loophole” is an exaggeration designed to foster the false impression that this is how the bad guys acquire firearms. A 2001 Justice Department survey found 0.7 percent of state and federal prison inmates bought their weapons at a gun show.

Claim: Professors at Northeastern and Harvard universities conducted a gun survey in 2015 that isn’t yet published. The national survey of 4,000 non-institutionalized adults found that 22 percent of the people who purchased guns – at gun shows, stores or elsewhere – underwent no background check, said Matthew Miller, professor of Health Sciences and Epidemiology at Northeastern University and co-director of the Harvard Injury Control Research Center.

Fact: When researchers excluded purchases between family and friends, that number dropped to 15 percent, which equates to approximately 5 million gun owners whose most recent purchase did not involve a background check.

Claim: Criminals are obtaining guns at gunshows to kill our Law Enforcement officers.

Fact: A 2006 FBI study of criminals who attacked law enforcement officers found that within their sample, “None of the [attackers’] rifles, shotguns, or handguns … were obtained from gun shows or related activities.” Ninety-seven percent of guns in the study were obtained illegally, and the assailants interviewed had nothing but contempt for gun laws. As one offender put it, “The 8,000 new gun laws would have made absolutely [no difference], whatsoever, about me getting a gun. … I never went into a gun store or to a gun show or to a pawn shop or anyplace else where firearms are legally bought and sold.”

Fact: A Bureau of Justice Statistics (BJS) report on “Firearms Use by Offenders” found that fewer than 1% of U.S. “crime guns” came from gun shows, with repeat offenders even less likely than first-timers to buy guns from any retail source. This 2001 study was based on interviews with 18,000 state prison inmates and is the largest such study ever conducted by the government.

Claim: Guns can be purchased online without checks.

Fact: A Democrat-backed study meant to expose illicit online gun sales instead seemed to show the opposite – with hardly any sellers taking the bait when undercover investigators tried to set up dozens of illegal firearm transactions.
Rep. Elijah Cummings, D-Md., as well as Sens. Elizabeth Warren, D-Mass., and Brian Schatz, D-Hawaii, had commissioned the Government Accountability Office report to look into how online private dealers might be selling guns to people not allowed to have them.

Their efforts were based on a 2016 report from the Bureau of Alcohol, Tobacco, Firearms and Explosives (ATF), which claimed that “anonymity of the internet makes it an ideal means for prohibited individuals to obtain illegal firearms.”

“Congressional requesters asked that GAO access the extent to which ATF is enforcing existing laws and investigate whether online private sellers sell firearms to people who are not allowed or eligible to possess a firearm,” the GAO report said.
Over the course of the two-and-a-half year investigation, agents tried to buy firearms illegally on the “Surface Web” and the “Dark Web,” generally by sharing their status as “prohibited individuals” or trying to buy across state lines.

But the GAO revealed that their 72 attempts outside of the dark web were all “unsuccessful.”

“Private sellers on Surface Web gun forums and in classified ads were unwilling to sell a firearm to our agents that self-identified as being prohibited from possessing a firearm,” the GAO reported, noting that in their “72 attempts … 56 sellers refused to complete a transaction once we revealed that either the shipping address was across state lines or that we were prohibited by law from owning firearms.” In the other cases, the investigators’ website was frozen or they encountered suspected scammers.

On the dark web, GAO agents successfully purchased two guns illegally, as the serial numbers on the weapons were “obliterated” and “shipped across state lines.” But in the attempt to purchase, the GAO agents “did not disclose any information indicating they were prohibited from possessing a firearm.”

So go forth and educate!!!

How about straw purchasers? I was talking to a guy the other day who said that is actually a problem in his state. This was a conservative guy, into guns. Said that at a gun show, an eligible person could legally purchase a gun from every dealer. There’s no limits on number of guns one can buy. No flags on too many background checks in a day (I thought that was a good thing mind you). And though he didn’t actually say it, I assumed there’s no waiting either. Because he said that people were being hired to do that and would then turn them over to the gangs once outside. I imagine that could be happening anywhere, not just gun shows. Even if there is a waiting period.

The person who ends up with the gun can be charged with conspiracy to violate federal law, because he or she orchestrated the illegal purchase. And he or she is a prohibited person, possession of the gun is another 10-year/$10,000 felony.

So that being stated the Universal Background Check will have ZERO effect on preventing Straw Purchasing.
Criminals do not follow laws.

I was aware of the illegality. It was a question of how much of a problem is it. Has that been quantified?

So go forth and educate!!!

There is no “loophole”

There is commerce and there is private.

A man dealing in commerce must follow commercial law.

A man is free to sell his private possessions outside of the law. 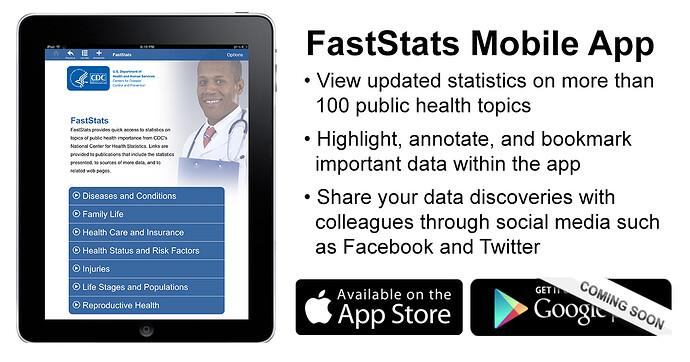 FastStats is an official application from the Centers for Disease Control and Prevention’s (CDC) National Center for Health Statistics (NCHS) and puts access to topic-specific statistics at your fingertips.

If you take ALL of the gun deaths minus suicides in the last 20 years and add them together its 1/2 of a year of cardiovascular deaths.

In 2006, investigators hired by the City of New York presented a simulated straw purchase to more than 50 gun dealers in six states. The dealers approached for this integrity test had multiple traces to guns used in crimes in New York City.

Among these more than 50 dealers, nearly a third spotted the simulated straw purchase and refused to complete the sale.

Past research has demonstrated that a small fraction of gun dealers are responsible for the majority of guns used in crimes in the United States. A 2000 report from the Bureau of Alcohol, Tobacco and Firearms found that in 1998, more than 85 percent of gun dealers had no guns used in crimes trace back to them. By contrast, 1 percent of dealers accounted for nearly 6 in 10 crime gun traces that year.

The firearms bureau knows exactly who these gun dealers are — but they’re not allowed to share that information with policymakers or researchers due to a law passed by Congress in 2003. As a result, solutions for stanching the flow of guns from these dealers to crime scenes remain frustratingly out of reach for public-health researchers.