Guns of the Dillinger gang

John Dillinger sure had good taste in firearms , can you guys identify what make and model these guns are? 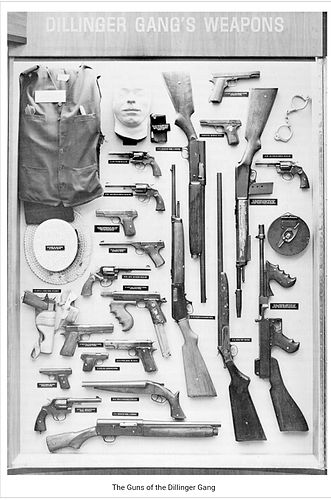 I kind of want a bank robber kit now, tbh.

That ain’t all he had.

That ain’t all he had.

This is all it said:

"This is a photo of all of the guns possessed by the Dillinger Gang when lawmen took them down. "

He had a BAR

He had a BAR

They probably meant those were all the guns for that specific bust or they are full of it? I dont know much about this guy ,tbh.

A .38-caliber revolver believed to have been seized from Al Capone during a 1928 arrest in Miami is now on... 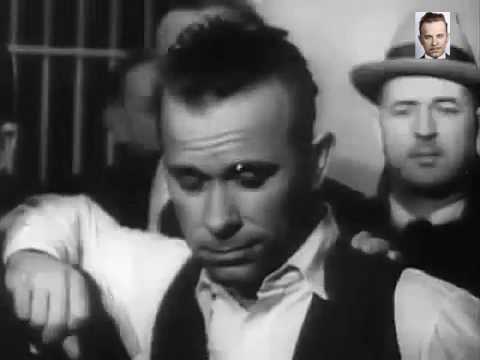 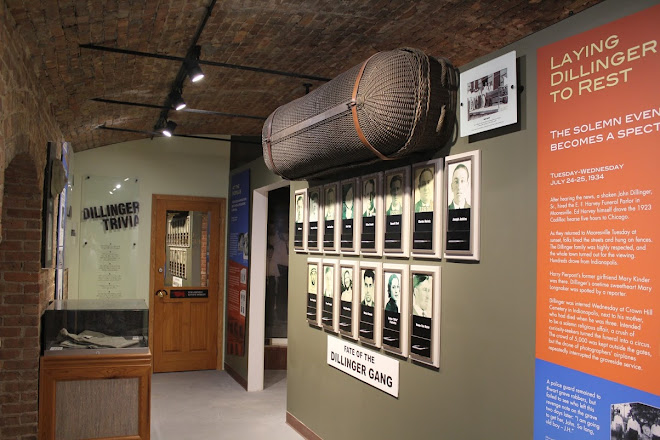 Visit The John Dillinger Museum on your trip to Crown Point

Visit The John Dillinger Museum in United States and tour many such Museums at Inspirock. Get the Ratings & Reviews, maps of nearby attractions & contact details

That was his whole persona, very likable guy so I have heard. Even the cops giving him back slaps after his arrests.

Remember this was during some of the worst years of the Great Depression, when banks were failing and homes were being repossessed.
Somehow, probably with the aid of the newspapers, Dillinger and his gang got the reputation of being Robin Hoods.
But like most legends, not much of it was true.

his gang got the reputation of being Robin Hoods

Depends on perspective too, he mightve been good to his people.